The Cleveland Police Department wants to encourage motorist to be more vigilant of children walking on, or near public roadways due to the start of another school year.

As most of you are aware, there are only a few sidewalks in Cleveland where pedestrians don’t have to walk on the edge of the paved roadways, “so please slow your speed”.

Cleveland Police Department will be working school zones and watching for speeders, and violators will be handled accordingly for the protection of our children. “We encourage citizens to get up a little earlier, so they don’t find themselves running late, and having to rush”.

Motorist on the highway or public streets are asked to stop before reaching a school bus operating flashing warning signal lights when loading, and unloading students. Traffic shall stop when approaching from either direction. Motorist should not proceed until the bus resumes motion, or the visual warning signal lights are no longer activated. Citizens who wish to obtain further knowledge on this topic can research the “Texas Transportation Code” Sec. 545.066 .

Motorist who commit the offense of “Fail to stop or remain stopped for school bus”,commits a misdemeanor punishable by a fine not less than $500.00, or nor more than $1,250.00. A second conviction the judge may order a person’s license to be suspended for at least six months. Charges can be enhanced if a person causes serious bodily injury to another; and, or increase to a felony if a person has been previously convicted of this offense.

Police ask that you heighten your awareness when traveling in school zones, slow your speed when approaching pedestrians, and school buses with, or without warning lights on. 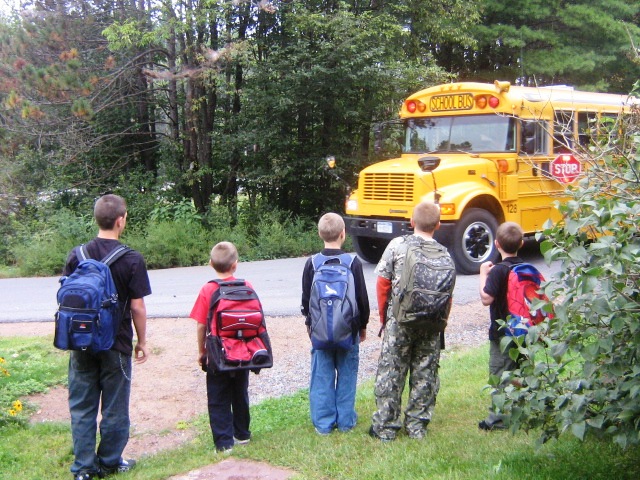