A Mustang going more than 100 miles an hour smashed into barrels on a northeast Harris County race track, killing the driver Friday night.
The accident happened at Houston Motorsports Park on North Lake Houston Parkway around 11pm Friday.
The driver, Kenny Michalak, 63 of  crossed the finish line at over 100mph but then went into the over run area, hit the barrier and flipped.  He died at the scene.
This isn’t the first time someone has crashed and died at this track. In 2014, a driver practicing for a drag race also crash and died. The park is closed this weekend in memory of the driver. 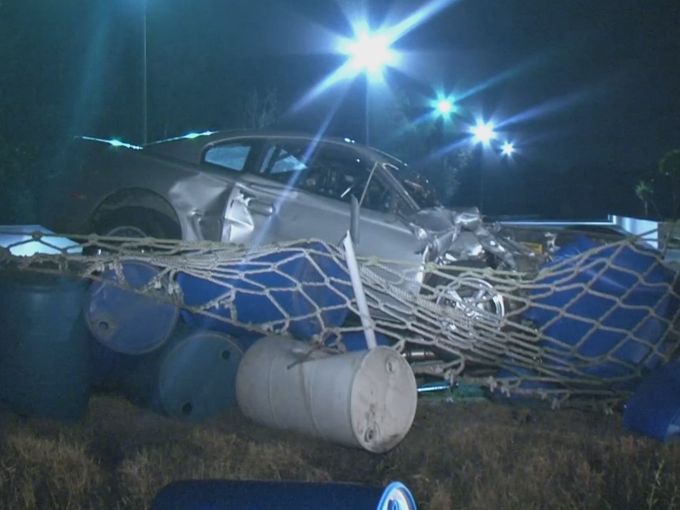