Tom Murray joined by his wife asked for the publics help this afternoon in an attempt to locate his son Thomas,(T.J.).

TJ, who is 24-years-old and a student at Sam Houston University in Huntsville also umpires Little League in the Woodlands. Last Tuesday night, October 18, 2011,  after he finished umpiring a game he met with some friends at The Rocks Sports Bar located at 592 Sawdust Road.  They were to meet an Army buddy on leave there but the friend was delayed. They then shot some pool and at midnight TJ called his father and told him he was leaving his fathers truck at On The Rocks and was riding with friends to Rookies at 305 Sawdust Road just a short distance away.

At 12:30 a.m. he talked to his father again and said he was at Rookies and had been separated from his friends but would get his fathers truck back to him at Oak Ridge High School where his father  is a  a teacher and a coach in the morning.. He was not heard from again.

On Wednesday his cell phone was found in a nearby ditch and the truck in the parking lot of the first club.

TJ has not been heard from since. His father said it is not like him not to call him or any of his friends. He missed umpiring the weekend Little League games and is due to umpire one tonight.

His Facebook with the link below has many friends in disbelief that he is missing. Many of them have known him ten years or more and agree it is not like him at all.

The Montgomery County Sheriff’s Office is investigating and although there are no indications of foul play it is unusual for TJ not to have contact with family members. Anyone with information about TJ should contact Detective Keith Funderburk at 936-760-5876 (M-F 8a-5p) or Dispatch 936-760-5800 (24 hours). 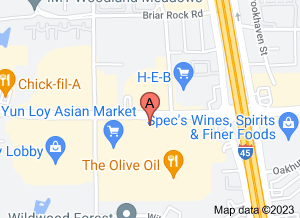