The hunt for a Texas fugitive who made headlines in December 2006 for his “naked” arrest intensifies today after the U.S. Marshals added him to its 15 Most Wanted list.
William Joseph Greer, 50, is wanted by the Harris County Sheriff’s Office for allegedly murdering his girlfriend, Tammy Marie Esquivel, Dec. 19, 2006. His crime, however, was not discovered until days later after authorities found him wandering naked and intoxicated in Cleveland, Texas, Dec. 22, 2006. During the odd encounter with police, Greer allegedly confessed to using drugs and “accidentally” killing his girlfriend. Although he was arrested for public intoxication, authorities had no evidence of the confessed crime and released him the next day.
A week later, Greer’s drunken confession became evidence in the Esquivel homicide investigation when his sons, ages 9 and 13, came forward and told authorities they heard Greer and the victim arguing the morning of Dec. 19 followed by gunshots. Police searched the couple’s home and found evidence of the crime, but did not find Esquivel’s body. Authorities also learned that Greer left the state on the day he was released from jail.
A murder warrant was issued for Greer in January 2007. He was indicted for Esquivel’s death in March 2007. While there have been alleged sightings of the fugitive in Kentucky and Louisiana, none have resulted in his arrest.
“We are absolutely resolute in our commitment to bringing William Greer to face the charges brought against him,” said U.S. Marshals Service Acting Director David Harlow. “The U.S. Marshals working with our state and local law enforcement partners will leave no stone unturned until he is behind bars. It is not a matter of if, but when we catch him.”
Greer is a 5-foot-10 white male weighing between 200 and 220 pounds with brown hair and green eyes; however, his hair was dyed blonde when he disappeared. His unique physical characteristics include scars on his left forearm and left thigh, and a missing toe next to the big toe on his right foot (see photo attached). At the time of his disappearance, Greer was known to be a chain smoker and allegedly addicted to alcohol and cocaine.
“Greer has been described as charming and likeable by those who know him, but he is skilled at ingratiating himself with others,” said U.S. Marshal Gary Blankinship of the Southern District of Texas. “He should be considered armed and very dangerous.”
A reward of up to $25,000 is being offered for information leading directly to Greer’s arrest. Anyone with information is urged to contact the nearest U.S. Marshals office or the U.S. Marshals Service Communications Center at 1-800-336-0102 or email: [email protected]. For more information about this case, go to www.usmarshals.gov. 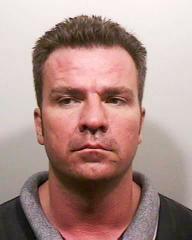 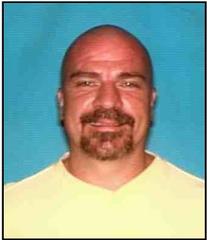