Deputy Sheriff Justin White succumbed to injuries sustained on October 30th, 2016, while responding to a medical emergency call.
He was traveling around a curve on Highway 162 when his patrol car left the roadway and overturned at Mote Road. Deputy White, who was not wearing his seatbelt, became trapped inside the vehicle. Emergency crews extricated him from the vehicle and he was transported to Atlanta Medical Center. He remained in the hospital until succumbing to his injuries on November 15th, 2016.
Deputy White had served with the Newton County Sheriff’s Office for four years. He is survived by his daughter and girlfriend.

White’s family had started a GoFundMe campaign to help with expenses. Donations can be made at https://www.gofundme.com/2wsscic.

Visitation will be held from 5-8 p.m. on Friday, Nov. 18 at the chapel of Caldwell and Cowan, 1215 Access Roadin Covington.

Funeral services will be held on Nov. 19 at the Church at Covington, 11975 Ga. Highway 142 in Oxford. A procession to the church will begin at 10 a.m. The family will be escorted to the church at 10:30 a.m., and the service will begin at 11 a.m., with Dr. David R. Moody, the Rev. William Hemphill, and Lt. Paul Gunter officiating. Burial will follow at Lawnwood Memorial Park, 1215 Access Road in Covington.

“He was a very dedicated law enforcement official who cared deeply about the people he served. Justin was among the best in dealing with situations involving family violence.”

Donations may be made to his daughter, Charlee Grace White, at United Community Bank, 9100 Covington Bypass, Covington, GA, 30014.

Please contact the following agency to send condolences or to obtain funeral arrangements: 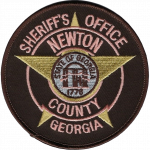 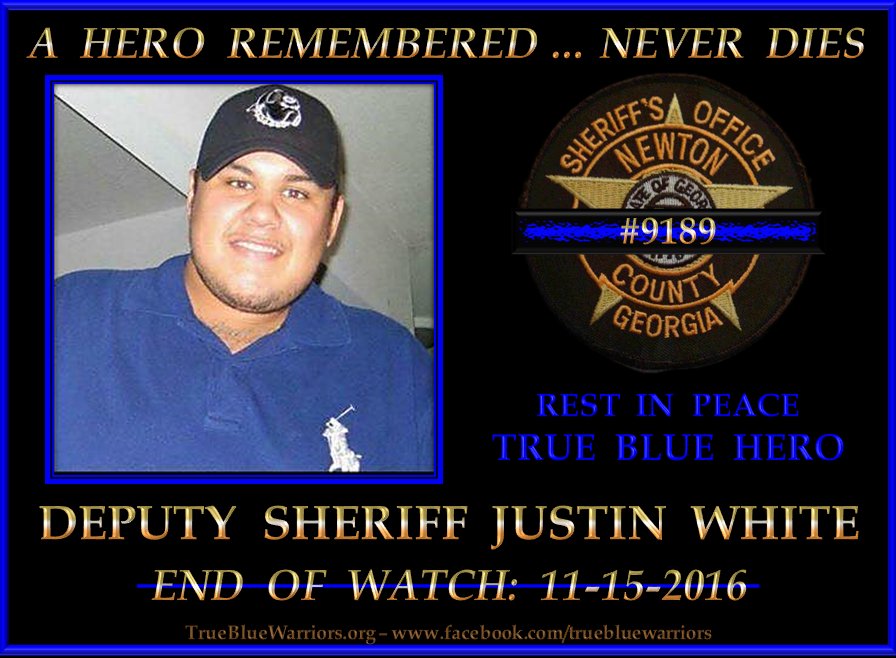