At midnight an 18-wheeler hauling plastics were reported by motorists to have been weaving. He hit a Freightliner 3500 cargo van sending it off the southbound main lanes of I-45 at Longstreet Road. The driver of the van was uninjured but called 911 to report the 18-wheeler fled the scene. It wasn’t until emergency crews arrived that they realized the truck also left the freeway, took out an illumination pole, rolled, and went into the tree line at Longstreet. The 45-year-old driver was pinned in the truck. It took North Montgomery County Fire Department one-hour to cut the driver out. He was transported to Conroe Regional Hospital in stable condition. Crews are now working to right the truck. The feeder will be closed for several more hours. 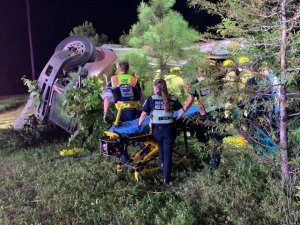 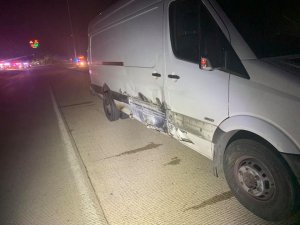 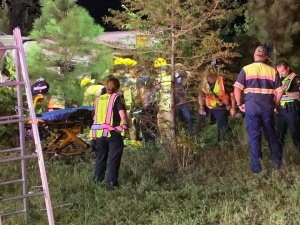 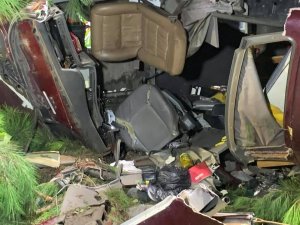