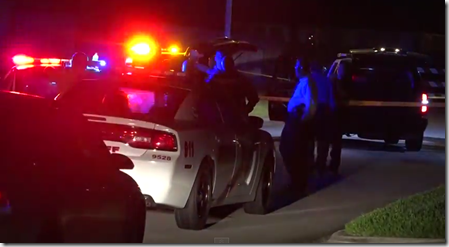 A pursuit that began in Montgomery County Tuesday night ended in a Harris County neighborhood with one dead after police say the suspect pulled out a shotgun with a pistol grip and pointed it toward officers.

A neighbor said 45-year-old Gregory Scott Hartley had been staying with his grandmother for about six months and was “a very nice fellow.” The neighbor witnessed the entire incident and called it “unnerving.”

“He jumped the curb to get into the driveway, sat there for maybe a second,” The neighbor said. “(Hartley) exited the vehicle, had a weapon to his temple and was trying to get to the house. I don’t know who shot first. I can’t answer that. I don’t know if he shot himself. I just don’t know that.”

Deputy Thomas Gilliland, with the Harris County Sheriff’s Office, said the Montgomery County Sheriff’s Office notified Harris County they were in pursuit of a wanted felon, with an active warrant from Grimes County. Patrol deputies learned Hartley was wanted after he refused to pull over after committing a traffic violation at the intersection of Woodlands Parkway and FM 2978. He allegedly tried to ram three vehicles during the pursuit, endangering countless civilians.

“The pursuit came down to Harris County through Huffsmith Kohrville Road,” Gilliland said. “At that point, a City of Tomball police officer also was assisting the MCSO. They then ventured south onto 249, into Harris County.”

Gilliland says they proceeded to Northpointe Blvd., entering the neighborhood where Hartley had been staying.

“As they pulled into the neighborhood, he exited the 4-wheel drive truck that he was in, and was armed with a pistol grip shotgun,” he said. “(Hartley)then pointed the weapon at himself and ordered the (officers) to back off. At that point, he turned again and pointed the weapon at them.”

“Officers were fearing for their lives,” Gilliland said. “At that point they pointed their weapons at (Hartley), striking and killing him.”

Multiple shots were fired and it was not immediately known which officer fired the fatal shot or shots. No officers or bystanders were injured.

As of this writing, it was unclear whether Hartley had the firearm in his vehicle because he intended to commit “suicide by cop”, or whether he was simply so determined to stay out of jail that he was willing to go to extreme measures.

Public Data shows Hartley had a lengthy criminal history spanning over three decades, including but not limited to Assault, Retaliation, Terroristic Threat Against Family / Household Member, Evading Arrest in a Motor Vehicle, and Fail to Identify Fugitive From Justice. 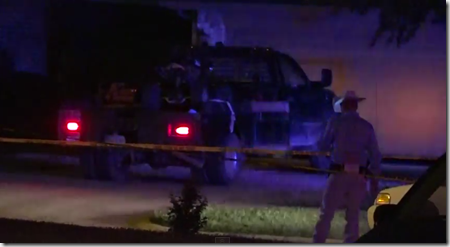 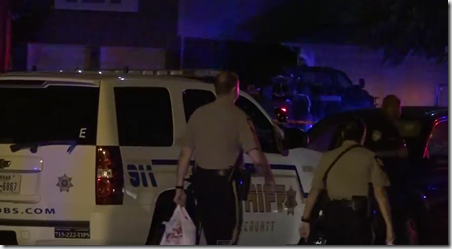 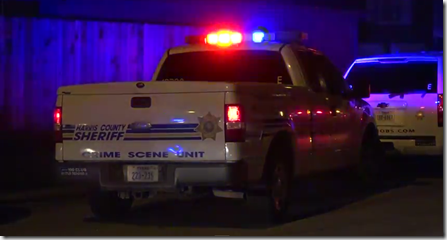