35 years for Cocaine and Marijuana 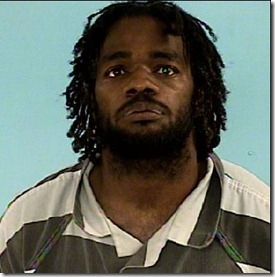 On Wednesday February 25, 2014 jurors in the 221st District Court found James Thomas Jones II guilty of Possession of a Controlled Substance (over 400 grams of cocaine) and Possession of Marijuana (50-2,000 pounds). Assistant District Attorneys Rob Freyer and Amanda Petroff called five witnesses from the Texas Department of Public Safety regarding their involvement in a narcotics investigation which took place on April 19, 2013 at the Greyhound Bus Station located at 931 South Frazier in Conroe.

During punishment, the State put on evidence that the defendant had a prior 2008 prison trip in Mississippi for aggravated assault and three assault convictions in 2003 in North Carolina. The defendant testified and minimized his role in this offense. After hearing the evidence, Judge Lisa Michalk assessed his punishment at 35 years in prison.

“The efforts of Ihnen, Pullen, and Matheson in their investigation in this case should be commended,” stated Rob Freyer, Chief Prosecutor, Major Offenders. “It was their hard work that prevented narcotics with a street value of over $200,000 from making its way out into the community. We appreciate the hard work of the jurors in this case as well, and we know well that these strong verdicts don’t happen without their assistance.”

One thought on “35 years for Cocaine and Marijuana”