LIBERTY COUNTY– The Liberty County Sheriff’s Department continues to put pressure on drug activity that takes place in and through the County community.

Around 3:30 p.m. on May 21, Sheriff Bobby Rader’s Criminal Interdiction Unit stopped a vehicle on US 59 near SH105 in the Cleveland area for two traffic violations. During the course of this moving violation stop, the Unit’s Sergeant saw criminal activity that prompted a request by the Sergeant to search the vehicle. The driver, Pedro Hernandez, refused to grant consent to search the vehicle.

The department’s K-9 Unit was taken to the scene and gave a positive odor alert on drug activity in the vehicle’s trunk area, giving the deputies probable cause to search the automobile.

Located in the trunk of this car were three bundles of cash, wrapped with duct tape and totaling $95,000. Pedro Hernandez, 21, and his passenger, 48-year-old Felipe Robledo, of Aurora, Illinois were arrested and charged with Money Laundering, a third-degree felony.

Pct. 1 J.P. Judge Stephen Herbert set bond on each suspect at $300,000 and both Hernandez and Robledo, both of whom had prior drug arrest, were placed in the Liberty County Jail. 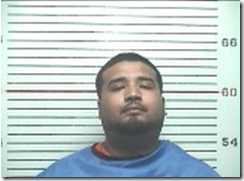 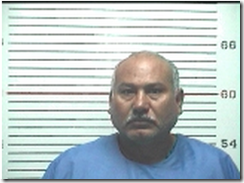