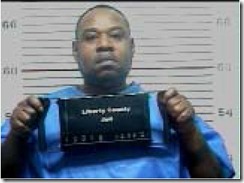 On September 19, 2013, Demetrius Donielle Jackson, 43, was sentenced to 99 years in prison in the 253rd District Court by the Honorable Chap B. Cain III. Jackson was found guilty after 5 minutes of jury deliberations. A jury was selected on September 16 and the trial began the next day. The evidence presented by District Attorney Logan Pickett and Assistant District Attorney Joe Warren showed that Jackson sexually assaulted the 61 year old victim on December 20, 2012 and attempted to sexually assault her 82 year old neighbor in the same small neighborhood in Cleveland on Christmas Eve. The defense attempted to discredit the DNA evidence throughout the trial but Jackson took the stand in his own defense. He claimed the sexual assault was consensual and that he was not the same person who attacked the 82 year old. Obviously, the jury gave no credence to Jackson’s account and quickly found him guilty of the horrendous crime.

After the verdict was read sentencing began with Judge Cain deciding the punishment to be assessed. The State showed that Jackson had been convicted of numerous felony offenses over the last 20 plus years. Judge Cain, in pronouncing his sentence, made it clear that he felt Jackson was a predator and that as the Presiding Judge of the 253rd District Court he had a duty to protect society from people like him. By his sentence, Judge Cain let it be known that these acts would not be taken lightly in Liberty County. The District Attorney’s Office is grateful for the courage of the victims, the investigation by the Cleveland Police Department and the professionalism of the DNA analysts from the DPS Crime Lab.