Mary Hickman was born on Thanksgiving Day, 1934, in the midst of the Great Depression. She lived through wars, natural and manmade disasters, experienced the end of one millennium and ushered in the next. Mary knew the joy and the pain of a long life, playing major and minor roles in others’ lives, celebrating milestones, while saying goodbye one by one to those who shared her journey, but whose journey began earlier, or was not destined to be as long. Mary survived the good days and the bad, for more than eight decades. By then, Mary was tired.

It has often been said there’s still a curious child inside every older person. Having lived through 80 Christmas seasons, and starting her 81st, the little girl inside Mary only wanted one thing this year – to see Santa once more.

Her niece and caretaker, Robyn, knew Mary’s journey was nearing its end, and determined she would somehow make her final wish come true. Robyn heard Santa had been spotted around Liberty County the past few weeks, and she hoped he’d be willing to visit Rye where Mary lay waiting.

Robyn contacted Santa and he never hesitated, making the drive from Cleveland to Rye as soon as he was able. Mary was thrilled! That evening, Santa posted on his Facebook page that her “smile and her eyes were as bright as the afternoon sun.”

The visit lifted Mary’s spirits so much, her health even seemed better the next day and she was alert and eating like she hadn’t in quite some time. A few days after seeing Santa one last time, Mary left to be with Jesus.

Santa was saddened to learn of Mary’s departure, but honored and humbled to have been chosen to grant her last wish.

Naturally, Santa has continued making scheduled appearances and taking special requests, including a visit with a critically ill child. Everyone knows Santa loves children, and no one argues that point. His true identity is what always seems to be in question.

This year, someone finally figured it out. An observant child who attends Cleveland ISD noticed Santa and CISD Police Chief Rex Evans were never in the same place at the same time. Anyone who knows Chief Evans, or follows his blogging, is aware of his love of people and of sugary snacks. When he isn’t working at his district job, he’s usually somewhere around the county visiting with people, usually where pie is served. There’s also the fact that he is both a longtime policeman and firefighter (“He knows if you’ve been good or bad” and he’d know a thing or two about dealing with chimneys, along with having plenty of experience on rooftops.)

CISD’s Santa has had a very busy December, and was still at it Tuesday night, making another visit to a family in need who was somehow overlooked when food and toys were delivered on Monday. Both the Cleveland and Tarkington Fire Departments have assisted Santa with transportation this year, since his reindeer might be in danger with all the deer hunters in the area. They’ve also provided several volunteer elves, and a few of the other elves wear the same uniform as Chief Evans.

Christmas will soon be over, and Santa’s red suit will go back into the closet as the last year Mary was alive comes to a close. Chief Evans will probably put on that suit for many Decembers to come, but he’ll never forget 2015, when he learned more than ever what a blessing it can be, when someone is willing to bless others.

“These moments, these people, this season, they can truly touch your heart, if you’ll let them,” he said. 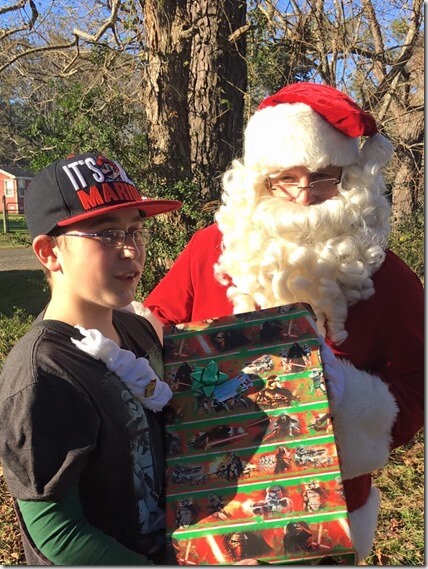 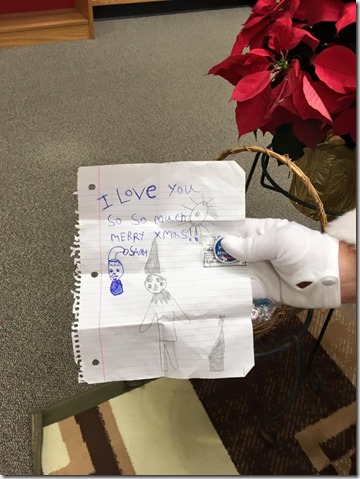 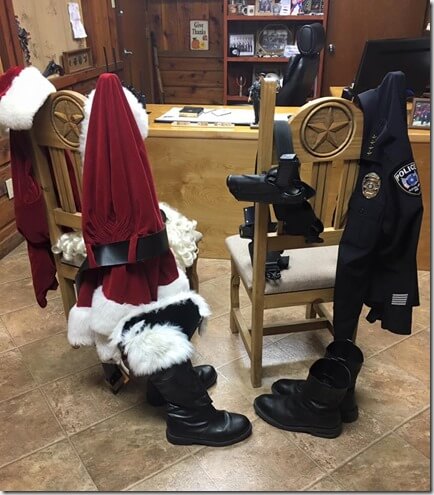 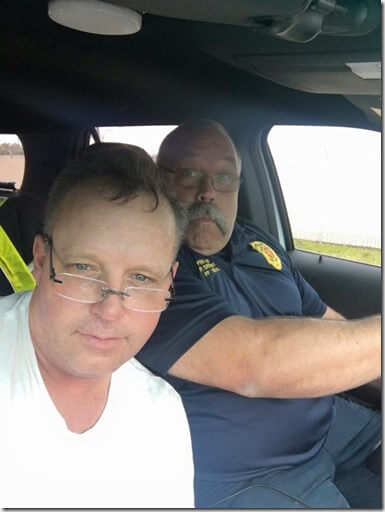 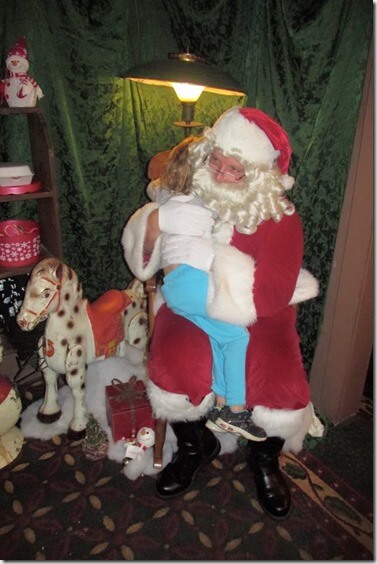 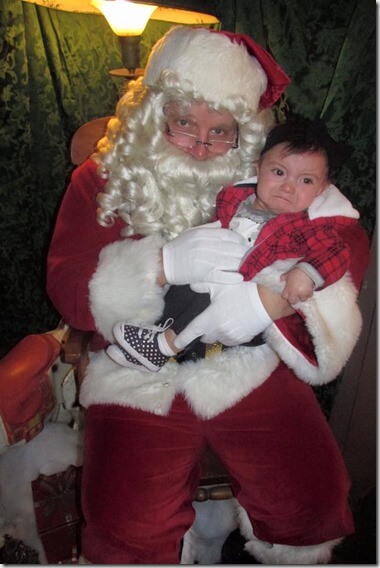 Alas, not everyone has been so happy to see Santa… 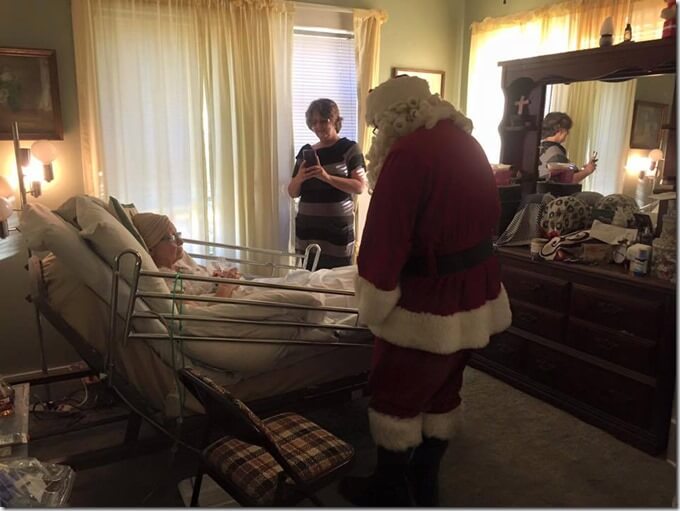 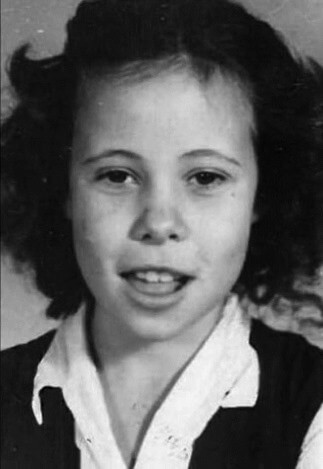 Everyone involved with MCPR wishes a merry Christmas to all our readers, and may you never stop listening to the child inside you who still sees the world as a wondrous and magical place…