It is with a heavy heart that we announce the Line of Duty death of Charles D. Krampota.
Charles responded to a structure fire early Friday, after the incident was complete, he returned home and was found there a short time later. More details and burial arrangements to follow. Charlie was a 30+ year employee of Alvin ISD and a 20+ year member of the Alvin Volunteer Fire Department. On Friday Krampota responded to a fire on Susie Lane in Alvin. Firefighters arrived on the scene with a fully involved mobile home fire. Firefighters cleared the scene and a few hours later Krampota was found deceased at his home. 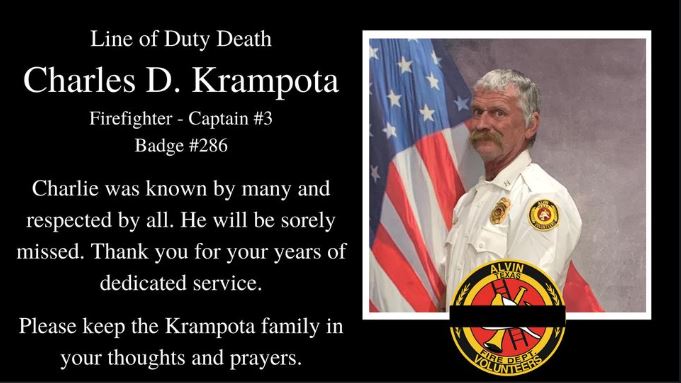