The Montgomery County District Attorney’s Office has filed racing on a highway causing serious bodily injury charges on two drivers this evening. Joseph Ontario Amigliore, 19, of 24270 FM 1314 in Porter and Franco Benjamin Muto, 20, of 22811 Ford Road in Porter have both been booked into the Montgomery County Jail. They will see a magistrate in the morning for a bond to be set. 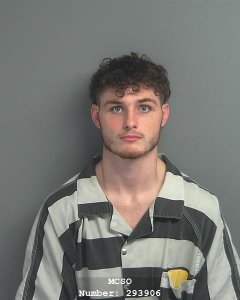 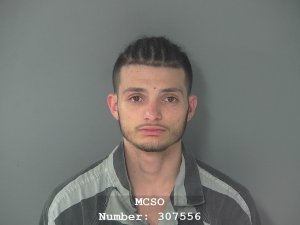 ORIGINAL STORY
At noon Sunday, a crash was reported on FM 1314 near the Thunder Gun Range and in front of Busters Crawfish Restaurant. A motorcycle rider is dead after two Mustangs believed to be racing were traveling at a high rate of speed south on FM1314, one if not both of those Mustangs struck a Nissan pickup that was leaving the restaurant. Those Mustangs then continued south and are believed to have struck each other. One Mustang continued into the northbound lanes and as it went back to the southbound lanes it struck a 2007 Victory motorcycle head-on. The 60-year-old motorcycle operator from Conroe was pronounced deceased on the scene. DPS assisted by the Montgomery County District Attorneys Office Vehicular Crimes Unit spent close to 7-hours investigating the crash causing the roadway to be shut down. TXDOT, Precinct 4, and MCSO assisted in traffic control as Troopers endured close to 100-degree temperatures. A DPS helicopter was dispatched to photograph the scene which was close to two football fields in length. Busters Crawfish which usually has a booming business on Sunday was basically closed as the scene started close to their driveway. The employees however made sure the law enforcement officers stayed hydrated and kept the doors open for them to cool down if they needed to. DPS Troopers now must put the data collected together to determine exactly what happened.