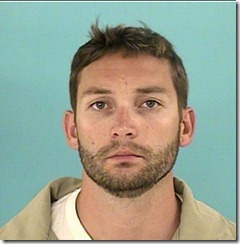 CONROE – The City of Conroe Fire Marshal’s Office announced this week that Jason Donald Husk pled guilty to first-degree felony Criminal Mischief for starting a fire on April 19 in his own residence, located in the 3500 block of Oak Landing.

BIPP (Battering Intervention Protection Program) class or similar class; and 320 community service hours (He must serve half in a burn unit of a hospital).

Husk was indicted on one count of arson by the Montgomery County Grand Jury, on May 26. The fire, reported around 12:49 p.m., resulted in fire damage to the garage, breezeway, and covered patio of the home. The interior of the home sustained minor smoke damage. Rapid response and extinguishment by City of Conroe Firefighters prevented further damages.