ASSAULT ON A PUBLIC SERVANT 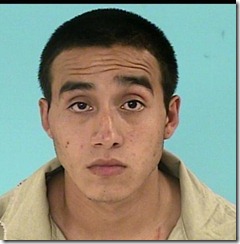 On Saturday night about the same time the pursuit was going on in East County Sergeant Felicia Webb and Deputy Kenny Provenzano initiated a traffic stop on a vehicle that was involved on a vehicle disturbance in the 30007 block of West Boardwalk in Magnolia. Sgt Webb approached the driver identified as 18-year-old Victor Manuel Sanchez  and requested to see his driver’s license. The driver refused to identify himself and Sgt Webb requested the driver to step out of the vehicle.

During a pat down of the driver’s clothing he began to actively resist and started to fight with the deputies striking one of the deputies in the face. The suspect was handcuffed and was arrested and taken to the Montgomery County Jail and charged with assault on a public servant.

The deputy was not seriously injured and required only minor medical treatment.