Just after 8:00p.m. Saturday night MCHD was dispatched to the intersection of Riley Fuzzell Road at Spring Trails Ridge for a major accident. On arrival they found Blue Honda mini-van had been struck in the rear by a silver Dodge mini-van.

In the Honda van was the driver identified as Andrew Warner, age 30. His wife Elizabeth, age 29 and their 3-year-old son Jackson. Also sitting in a child safety seat was their daughter 17-month-old Taylor Grace Warner.

The silver van was driven by Moses Spulveda, age 20. In the front passenger seat was Corazon Vargas, age 20 and their 9-month-old son in a child safety seat in the back seat.

According to investigators Andrew Warner was in the left turn lane waiting to turn into the Subdivision. As Spulveda southbound looked into the back seat as the baby and drifted into the turn lane striking the Warner van in the rear and pushing it over one hundred feet.

With the impact it appeared the front seat of the Warner van broke backwards striking the 17-month in the head. The baby was flown by Life Flight to Herman Hospital in Houston in critical condition. The child’s mother Elizabeth was transported to Hermann Hospital in Houston by Cypress Creek EMS. There were no other injuries. 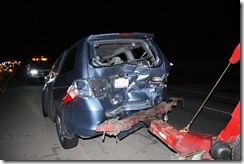 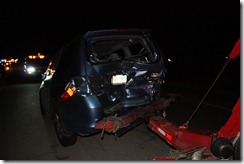 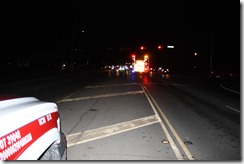 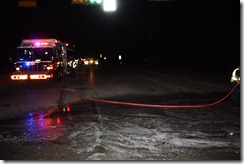 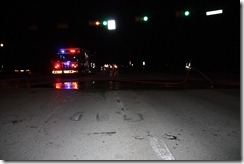 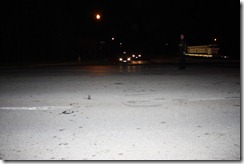 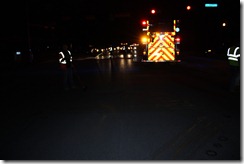 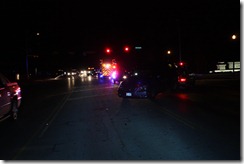 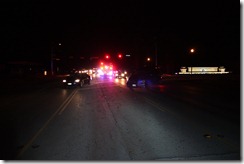 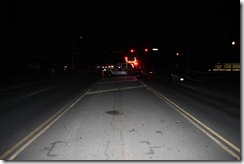 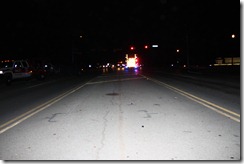 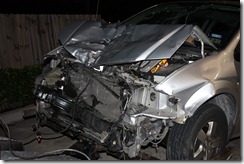