About 1am Houston Police received a call that a shooting had occurred on West Road at Interstate 45. Houston Police were dispatched along with Houston Fire ambulance. They arrived on the scene to find a man shot and lying across the front seat in the grassy area between West Road and Office Depot parking lot. Houston Paramedics determined the individual in the truck was dead. Houston Police notified Harris County Sheriff’s Office as the scene was just outside the city limits.

Harris County deputies responded along with homicide investigators. It was determined that two brothers were at their home in the Fallbrook Subdivision near the intersection of Veterans Memorial and West Road when one of the brothers heard the alarm go off on his show truck. Both brothers immediately ran outside to see the show truck followed by a tan suburban leaving the area. The two brothers then jumped into a Mustang they owned and pursued the suburban and truck. As they got closer to Interstate 45 driving east on West Road the driver of the suburban pointed a gun at the two brothers. It was then they both fired on the suburban and the fleeing stolen truck. One brother armed with a pistol grip Mossberg shotgun, the other who was a CHL holder armed with a .45 pistol. One of the bullets penetrated the show truck and struck the auto theft suspect in the head. The thief then crossed over the median and into the parking lot of the Office Depot.

The show truck was riddled with shotgun and bullet holes. The rear glass was blown out, the tailgate had a bullet hole as did the door pillar and the windshield.

The due to the delay of the call going from Houston Police to Harris County the tan Suburban was able to flee the area.

The auto thief has not yet been identified but appears in his 20’s.

According to homicide detectives since the incident occurred at night and it was a felony and the fact they were in fear of their life when the driver of the Suburban pointed the gun at them,  the case on the two brothers is being referred to the Harris County Grand Jury with no charges. 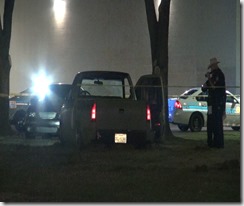 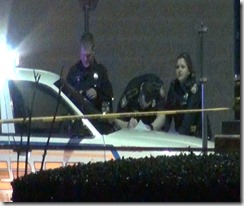 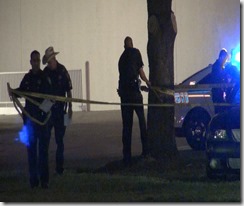 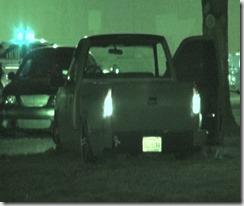 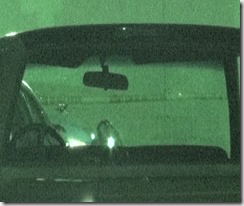 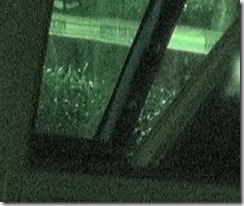 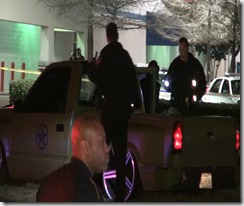 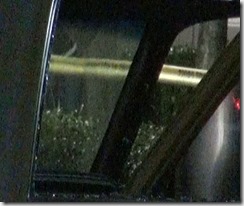