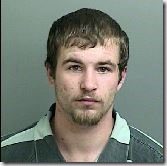 Conroe Police have conducted a special operation in response to a dramatic increase in vehicle burglaries during the past month. The burglaries were centered within a one mile stretch between 800 and 1500 S. IH 45, with several vehicles turning up with missing batteries.

Last Thursday, while conducting surveillance in the area, Conroe Police Dispatch received an alarm at Rex Supply, located at 1407 S. IH 45 N. At approximately 3:27 a.m., while enroute to the alarm, a patrol officer took notice of a suspicious individual in the area. Officers attempted to make contact with the suspect, who immediately fled on foot, running across I45 to evade officers, but was eventually detained by officers. Scene investigations, along with previous information, revealed that the detained male was in fact the suspect for battery thefts at Midtex Oil, 1519 A. IH 45 N., earlier that night. Further investigations also led to the recovery of the reported six stolen batteries.

Investigators have since been able to link the suspect to 18 burglary cases in the past month. The suspect, identified as 23-year-old Aaron Scott McGaughey, of 920 South I-45  was arrested on charges of Evading Arrest, Failure to Identify –fugitive, Burglary of a Motor Vehicle, and Burglary.

Mcgaughey was also arrested by Conroe Police on in April for bail jumping and failure to appear in Lampasas County. At that time, he gave officials his address as 179 Putnam, in Evant, Texas. He also was accused of burglary of a habitation in October of 2013. He was also arrested for theft of property in Coryell County and was sentenced to eighteen days in jail on February 6, 2014.