On Saturday, May 16, 2020, at 6:02 am, Officers with the Cleveland Police Department responded to the 600 block of Field Avenue in regards to a shooting.

Upon arrival, Patrol Officers discovered a male lying in the front yard of a residence with several gunshot wounds to the male’s upper body.  Another male who was in standing in the yard was identified as the shooter and was taken into custody.

Cleveland Police Department Detectives were called to the scene to assist with the investigation.  The investigation found that Walter Jamal Harrison of Cleveland (age 35) and Ryan Matthew Webb of Cleveland (age 27) were attending a birthday party at a residence in the 600 block of Field Avenue.  As the party entered the early morning hours, Walter Harrison and Ryan Webb were involved in a physical altercation.  The altercation was broken up at which Walter Harrison left the residence.

Walter Harrison later returned to the address allegedly carrying a firearm.  Ryan Webb, who was in the front yard area of the residence, shot Harrison multiple times with a handgun Webb was carrying.  EMS transported Harrison to the HCA Healthcare Emergency Room.  Walter Harrison was later pronounced deceased by Precinct 6 Justice of the Peace Ralph Fuller.

Ryan Matthew Webb is charged with Murder, which is a First-Degree Felony.  Cleveland Municipal Judge Bob Steely set Webb’s bond at five-hundred thousand dollars.  Webb has been transported from the Cleveland Police Department Jail to the County Jail in Liberty, Texas. 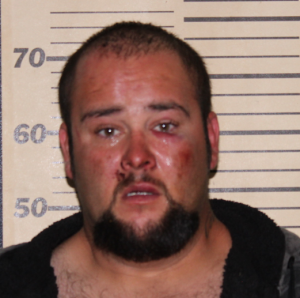