PLEASE SHARE! It’s been almost three weeks since anyone has seen 40-year-old Latanya Green, according to police. They say she has a cognitive impairment and needs medication.

A Cleveland woman, believed to have cognitive impairments, is going on three weeks of being reported missing, according to Texas EquuSearch.

Latanya E. Green, 40, was last seen May 14 near the 1200 block of Church Avenue, according to officials.

Texas EquuSearch officials said it is imperative that Green be found because she is in need of medication.

She is described as a Black woman with black, curly hair and brown eyes. Green stands at 5 feet, 3 inches tall, and weighs about 125 pounds, according to officials.

It is unknown what she was wearing at the time of her disappearance.

If you know any information regarding Green’s whereabouts, you are urged to contact the Cleveland Police Department at 281-592-2621 or Texas EquuSearch at 281-309-9500. 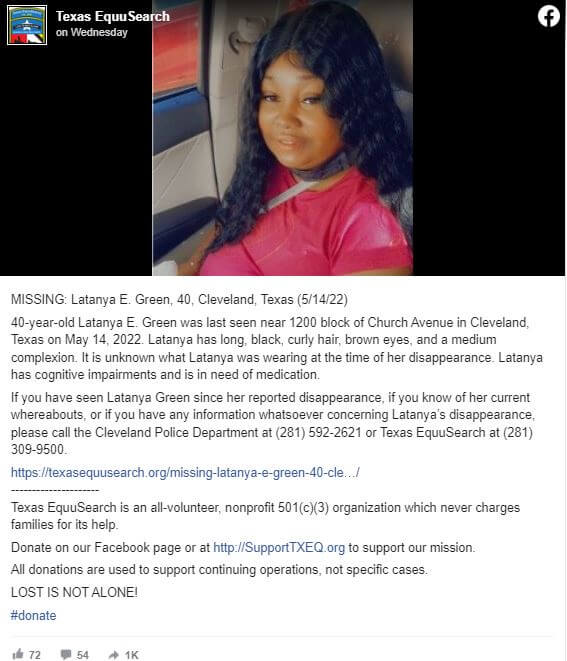