A mother is outraged at Conroe ISD after her 5-year-old twins were dropped off at a wrong stop. It turns out the bus driver behind the error has done this before.

The concern is mounting for some Conroe ISD families after they say three elementary students were unaccounted for by the same bus driver, causing stress and chaos for both families four days apart.

“It was scary, nervous, and my wife started crying,” Ravi Shrestha said.

He and another neighbor, Vanessa Madrid, feel the same fears.

“That’s when I just broke down, because they were not on this bus. They were not at this bus stop,” Madrid said.

She shared with ABC13 what was supposed to be the happy video of twin brothers David and Jonathan getting off their first school bus ride home.

“My sister was recording, and we were going to capture them get off the bus and be excited and see their faces,” Madrid said.

But the kindergarten students were not on the bus at their stop.

According to Madrid, the bus driver claims they never got on the bus, but a quick call to their Conroe ISD elementary school found they did board the bus.

“It, like, hit me in the chest. They had lost the kids, and neither did the bus driver or the school know where they were,” she said.

The brothers were found by strangers who flagged down the distraught mother.

The boys, she says, were discovered walking down the middle of Artavia Parkway, a busy thoroughfare in a new community filled with construction.

“When I found the kids, they were drenched in sweat,” she said.

The school bus driver broke Conroe ISD policy that mandates pre-kindergarten and kindergarten students only be let off the bus to an adult. These 5-year-olds were allowed to get off at the wrong stop, with no supervision.

Conroe ISD sent ABC13 a statement saying in part, “Safety protocols are reviewed with the appropriate individuals following any incidents such as this.”

But just last week, Shrestha says the same driver allowed his third-grade student off at the wrong stop and then had no recollection of the child ever being on the bus.

“I asked him, ‘Do you know where he got off?’ He looks like this? He didn’t know about it. That was his response,” Shrestha said.

The third grader was wandering around the same busy neighborhood for more than an hour, and his father called police.

He added that the little boy ended up knocking on a stranger’s door for help.

“The neighbor opened the door, gave him water, and on his backpack, there is a home address written, and they brought him home,” he explained.

These parents are angry and distressed that safety measures either aren’t in place or aren’t being followed to protect their kids getting off their Conroe ISD school bus.

“Happening again within four days is not acceptable. There must be something done,” Madrid said. “I am disappointed at the lack of action that they took against this employee because it endangered my kids.”

In response to the ordeals, Conroe ISD said it is putting measures in action to avoid the situation from happening again. They said in part:

“In the coming months, we will be implementing a new transportation badge system that will allow caregivers to see when their student scans on and off the bus. Parents and guardians will also have the ability to receive a notification when their child is a designated distance away from the bus stop for both morning and afternoon pick up/drop off.” 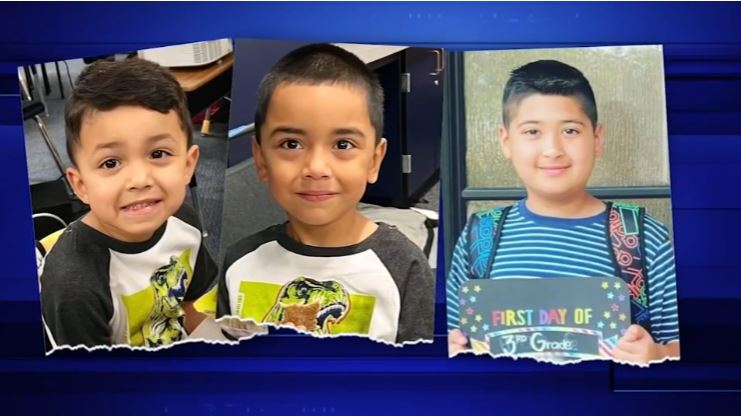