Conroe Police have arrested 20-year-old Denzel Jermaine Collier who resides on Avenue J in Conroe. Collier is being held on a $500,000 bond in the Montgomery County Jail.  He is accused of knocking at the front door of a mobile home on Oak Street in the Milltown area on October 16, 2010. When the 57-year-old Jerome King Lewis  looked through the window on the front door he was shot one time in the head. He died on the scene.

Conroe Police Investigators and the Montgomery County District Attorneys Office conducted a month long investigation into the murder. They spoke to him on    November 10, 2010at which time they filed a charge of giving false information to a police officer which is a class B misdemeanor.

A warrant was issued yesterday for the murder charge against Collier. As police tried to locate him they discovered to the 3100 block of Larkspur in Dallas, Texas where a family member resides.

Police do believe drugs were involved but would not say if it was between Collier and the victim or others that reside at the residence.  Lewis is a retired Army Veteran and has never been handled on felony charges prior to this.

Detectives brought him back to Conroe this morning.

Collier was released from the Texas Department of Criminal Justice on September 3, just  44 days before the shooting. After serving two years on Possession of a Controlled Substance. He was sentenced in the 284th District Court on December 12, 2008.

Conroe Police arrested him just  eight days ago on giving a false report to a police officer. 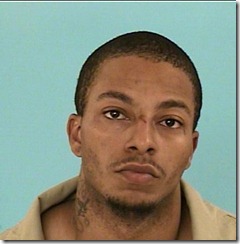