In the early hours of Sunday, a single-vehicle crash claimed the life of Conroe resident Kyle Bennett, who was an internationally known competitive cyclist and the first member of the first US BMX Olympic team when the sport debuted in the 2008 Summer Olympics. A candlelight vigil will be held in his honor at 8 tonight (Sunday) at the Armadillo BMX, at 14562 Interstate 45 S. in Conroe, followed by a ride in his honor. Although Bennett was still racing fulltime on the professional circuit for USA BMX, he also managed the Armadillo BMX track, which will now be renamed the Kyle Bennett BMX Park.

Around 2:16 a.m., Bennett was driving his 2006 Toyota Tundra pickup north on Old Hwy 105 between Conroe and Montgomery just past Southshore Drive and the Lake Forest Falls subdivision when, for unknown reasons, the pickup left the roadway. The vehicle continued through a ditch, striking a culvert pipe before crashing through a wrought iron gate at the entrance to a private residence. In the process, a gas meter was broken as well as the power line to the electric gate. The truck uprooted several trees before finally coming to rest upside down in the front yard of the residence.

Homeowner Ruben Posada said he was in bed when his wife woke him saying she heard noises and thought there was “air coming out,” which turned out to be gas from the broken meter. A neighbor soon came to warn the family about the gas leak, which is when Posada went outside and saw the wreckage on his property. At first, he did not realize what he was seeing.

“There was something on top of the bushes on the flower bed, and I said what is it, and it was a vehicle upside down,” Posada said. “And I never realized that somebody was inside because more people was outside, I thought maybe the vehicle belonged to somebody over there.”

He then learned of the Bennett’s death. Posada said he felt bad for the family, because the vehicle and things it damaged can be replaced, he said, but the life that was lost cannot.

According to DPS, their investigation showed Bennett was not wearing a seatbelt at the time of the crash and was driving at a high rate of speed when the crash occurred.

Information on the scene indicated Bennett was likely en route to his fiancé, after she called saying someone broke into her vehicle at her place of employment. Kyle Ray Bennett was 33, and leaves behind a 4-year-old daughter, Kylie.

Bennett’s friends are devastated by the suddenly loss and many were gathered at his home Sunday afternoon, only a short distance from where he died.

Kirby Cronk is among those friends. Cronk is a photographer who took pictures of Bennett at Armadillo BMX and at Bennett’s home track. He says Bennett was much more than the many titles he won racing.

“Kyle was an incredible BMX rider, but beyond that he was a humble spirit that exuded his love everywhere he went,” Cronk said. “He made a difference in children’s lives every time he was with them, but more important, he impacted human beings throughout the world wherever he traveled.”

“He’s been around the world- he’s a three time world champion for BMX but you would never know that if you met him because of his humble spirit,” he said. “He was just an incredible human being.”

At the time of his death, Bennett was an American professional "New/Current School" Bicycle Motocross (BMX) racer and Dirt Jumper, with three world titles. He represented the US in the 2008 Summer Olympics in Beijing as part of the US BMX Olympic team after being the highest ranking American having won a year-long series of US Cycling races. He sustained an injury during the Beijing games, but continued competing despite a separate shoulder. Cronk said Bennett loved every minute of the Olympic experience.

Bennett began competitive racing as a young child and his first national win came at the American Bicycle Association Lone Star Nationals in Dallas on July 3, 1988 at the tender age of 8. He was barely 18 the first time he competed professionally and won first place in the Superclass at the NBL Christmas Classic in Columbus, Ohio on December 28, 1997. Friends say he was not the fastest when he began, but he certainly made up for it and has inspired too many to count since that time.

“He went around the country training people any time he was asked, he went and trained kids at all levels – he was one of a kind,” Cronk said.

One of those Bennett inspired and mentored was 21-year-old Tyler Graeter, who has known Bennett for the past 12 years, having started racing at the age of 9.

“I came out and saw him ride the first time I was out there and it started the biggest interest I ever had,” Graeter said. “He’s been an inspiration to me and many of my friends.”

“We all just looked up to him as kind of a symbol that being someone who can make an impact is actually possible in this sport, and we’ll always remember him for that.”

Graeter said although Bennett had a very busy schedule over the years, it seemed he was always there for him and others.

“I’ll always remember just hanging out here, around the track working on it, and having guy talk – just being around him,” Graeter said. “He always put a smile on your face. He was always cracking jokes, lightening up the mood if everyone was tired and just getting everyone motivated – it was great.”

Cody Machala was another of those who looked up to Bennett and was trying to come to grips with the loss on Sunday.

“Kyle is an inspiration- he’s my hero, he’s also everybody else’s inspiration out here,” Machala said. “He’s somebody to look up to. He’s a loving father and everybody loved him.”

Machala said he would always remember riding with Bennett, and so much more.

“We always have a good time when we go to the gym,” Machala said. “He’s my trainer, he’s my coach, and I’m always asking him for advice.”

“That’s why he’s my hero – going to the Olympics is probably the best thing you can do and he was supposed to win but things happen (referring to Bennett’s Beijing shoulder injury).

Cronk said those Bennett left behind will now try to “fill in the gap” his death left and continue doing the things Bennett did and cared about in memory of their friend who gave so much of himself to others and whose life ended far too early. 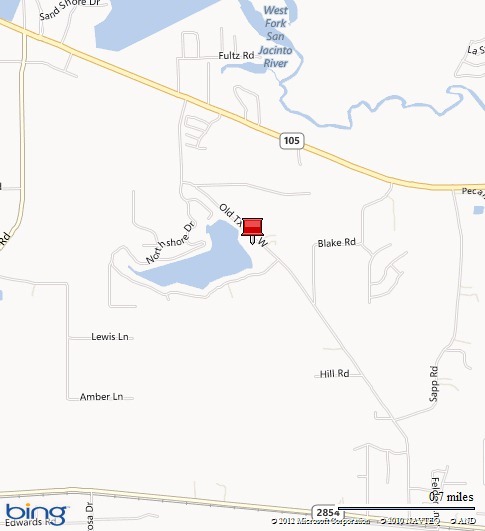