Just after 2 am a wrecker driver called Montgomery County dispatchers and stated he was northbound on I-69 following a truck doing 30mph in the fast lane and unable to stay in that lane. Units were dispatched to locate it. Moments later the driver sped up to 80 mph, still all over the road. The driver exited Fostoria Road and continued north on Fostoria. Montgomery County Precinct 4 Constable Rowdy Hayden who was out on routine patrol was able to intercept the truck at Morgan Cemetery. He followed it a short distance and observed the driver dangerously driving all over the road. He was finally able to get the driver, identified as Esteban Ayala Saucedo of Cleveland, stopped at SH 105 and Fostoria. The driver was found to be impaired. As a backup unit arrived a family member of the impaired driver also arrived on the scene. It was found that the family member identified as Estevan Saucedo, also had an open warrant and was arrested. 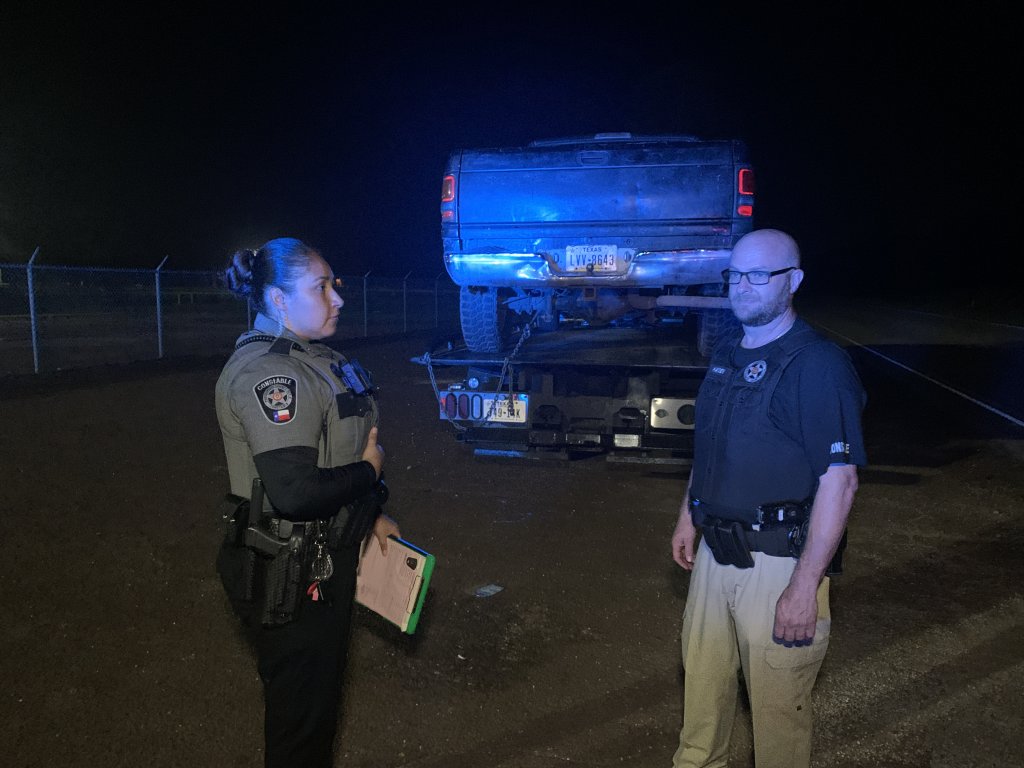