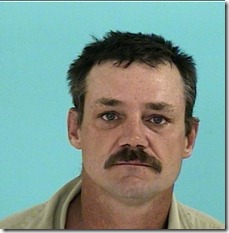 Montgomery County prosecutor, Adrienne Frazior, has concluded what is the first case of Continuous Domestic Violence tried to a jury in the county and most likely in the State of Texas.  On September 1, 2009 the Texas legislature created the new offense of Continuous Family Violence which is a third degree felony punishable by 2-10 years in prison and a $10,000 fine.  The purpose of the statute is to more effectively hold repeat abusers accountable under the law.  The statute can be found in Chapter 25.11 of the Texas Penal Code.

Bobby Joe Duke Jr’s victim, Mary Malissia Cox, flagged down a driver on Highway 105 near Cleveland around 8pm on May 28, 2010.  She had two black eyes, a fractured nose, and multiple bruises. Cox told the driver that her boyfriend, Bobby Joe Duke, Jr. had assaulted her, forced her to have sex, and threatened to kill her. The driver, P. Michon, took her to a convenience store and called 911.  Cox was transported to Conroe Regional Medical Center for treatment of her injuries.

Upon release from the hospital, Cox went to stay at the Montgomery County Women’s Shelter where Officer Garret Wolfhagen with the Conroe Police Department saw her when he responded to a call at the shelter.

Less than a month later on June 16, 2010, Officer Wolfhagen encountered Cox a second time when he responded to a disturbance call at the Conroe Motel 6 on Interstate 45.  Cox had again been assaulted by Duke as she was trying to leave the motel with a friend.  Duke jumped through the passenger side window of her car, over Cox’s passenger, and hit Cox in the chest repeatedly.  When Officer Wolfhagen saw Cox on June 16, 2010, he remembered her from the Women’s Shelter and noticed she had fresh bruises on her arm.  Although the victim did not testify in the case, Frazior introduced a taped jail call between her and Cox where Cox threateningly reminded her that “every time you close your eyes, you will see me” as the jury stared at a photo of a battered and bruised victim.

Duke was arrested for Continuous Family Violence for committing 2 or more assaults against a family member within a 12 month period.  Duke had prior convictions for Burglary, Robbery and Forgery which enhanced the charge against him to a second degree felony with a maximum potential punishment of 20 years in prison.

Judge Lisa Michalk of the 221st District Court sentenced Bobby Joe Duke Jr. to 15 years in prison for Continuous Family Violence today.  The District Attorney, Brett Ligon, stated that he was pleased that his office continues to be a leader around the state in progressive prosecutions aimed at protecting innocent victims.  Ligon further stated that he will continue to ensure that his prosecutors are amongst the best in the state and cases like this are indicative of the results.