On August 8, around 3:15 a.m., deputies responded to 32000 block of Octavia Dr. Magnolia in reference to an aggravated robbery. Deputies were advised by the victim caller that four black males wearing dark hoodies and masks robbed her at gun point in her driveway and left in a grey Ford passenger car. While in route, Deputies located the suspects and vehicle at a gas station in the 7900 block of FM 1488, Magnolia. The vehicle fled from the Deputies, but ultimately pulled over on FM 1488 at which time four males fled from the vehicle. When Deputies approached the vehicle, a female was inside sitting in the driver’s seat of the vehicle.

During the investigation, Deputies learned that the victim had cashed a check in Houston and it is believed that is where the suspects followed the victim from. The victim advised that as she was getting out of her vehicle at her residence, three black males approached her at the driver’s door while one black male was at the front passenger door. The suspects were pointing black semi-auto handguns at the victim demanding her purse. One of the suspects then grabbed the victim by her hair, pulled her out of her vehicle and threw her to the ground. The victim advised that one of the suspects then grabbed her purse and began running towards the street while shooting their guns in the air.
As a result of the investigation, Detectives with the Montgomery County Sheriff’s Office have arrested three of the four males for aggravated robbery. Amanda Hinojosa was also arrested for aggravated robbery.

The Sheriff’s Office is asking for the public’s help to identify the fifth and final suspect, seen in the top photos. If you know the identity of the suspect, contact the Montgomery County Sheriff’s Office at 936-760-5800 or call Crime Stoppers at 1-800-392-7867 to remain anonymous and refer to case#18A222592. 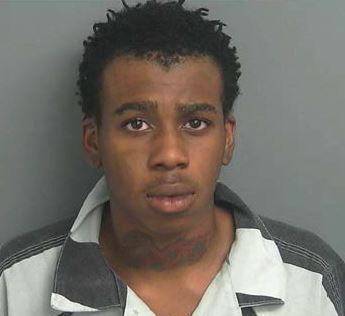 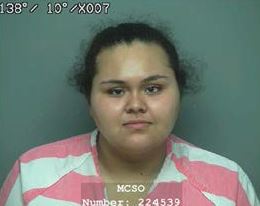 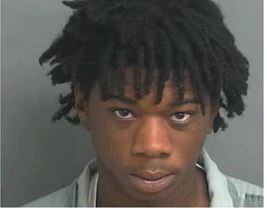