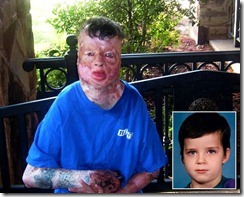 On September 16, 2013, Montgomery County Attorney J D Lambright filed the State’s Petition for Discretionary Transfer against Don Willburn Collins, the 28-year-old individual accused of murdering Robert Middleton by setting him on fire in 1998. The hearing on that petition is scheduled to begin at 10:00 a.m. on Monday, March 3, 2014 in the 359th Judicial District Court with Judge Kathleen Hamilton presiding. The hearing is expected to last as long as 3 to 4 days.

On Robert’s 8th birthday, he was doused with gasoline and burned over 99% of his body. At that time, Collins was 13 years old. Lambright stated that “under Texas law, adults cannot be prosecuted in the juvenile justice system, so we are seeking to have the Montgomery County Juvenile Court transfer jurisdiction over the case to District Court.”

Despite his horrific burns, Robert survived until he died at Shriners Hospital shortly before his 21st birthday in 2011 from a cancer that medical experts attribute to the attack. In the years leading up to his death, Robert Middleton endured over 100 painful surgeries. Days before his passing, Robert disclosed new evidence concerning the crime. Based on that new evidence, detectives with the Cold Case Division of the Montgomery County Sheriff’s Office re-opened the investigation and have since developed a considerable amount of new information regarding the heinous attack.

Shortly after taking office in 2013, County Attorney Lambright met with Robert Middleton’s family and assured them that he would make every effort to seek justice for the 1998 attack that eventually killed their son. The County Attorney’s Office is now seeking to fulfill that promise, not only through the current pursuit of the murder charge in Montgomery County, but also by providing any and all support requested by the District Attorney of San Jacinto County, where Collins is pending trial for an allegation of failure to register as a sex offender.

That charge stems from a 2001 case in which Collins, 16 years old at the time, was sentenced to the Texas Youth Commission for the aggravated sexual assault of yet another 8 year old boy a little over 2 years after Robert Middleton was set on fire. If found guilty, this will be Collins’s third conviction for failure to register as a sex offender. 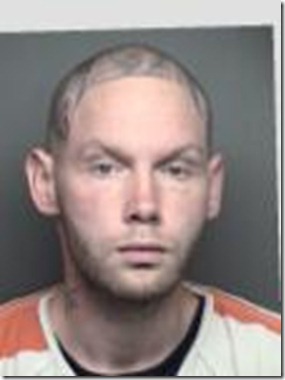