On Friday, March 04, 2011 around 12:10 a.m. Cleveland Police Department’s Sgt. Kevin Cooke conducted a traffic stop on a 2004 Chevrolet extended cab pickup truck traveling northbound in the 2200 block of US Highway 59.

The truck was stopped due to a defective equipment violation “no license plate light”. The driver, 25 year-old Jeremy T. Wright of Shreveport, Louisiana was found to have no driver license. During the roadside interview Sgt Cooke stated the driver became very nervous. Sgt. Cooke stated he later became suspicious when the driver told him his reason for traveling to Houston from Shreveport; which was conflicting to his passenger’s story.

The driver refused to a consensual search of the vehicle. Sgt. Cooke said that’s when he retrieved his narcotics detection dog “Nero” from his patrol unit, and walked him around the truck. “Nero” immediately alerted on the truck, and a subsequent search revealed 15 individually wrapped packages of marihuana concealed inside the right and left rear extended cab doors, 32.8 pounds in all.

The driver and passengers all denied any knowledge of the hidden packages found inside the doors. All three occupants of the truck were arrested and transported to the Cleveland Police Department booking. The vehicle, which was a lease vehicle was towed by a local wrecker company.

The suspects, driver, Jeremy T. Wright, age 25, and both passengers: Terrence T. Wright, age 29, and Stephen Williams, age 26, all from Shreveport, Louisiana, were booked in for possession of marijuana under 5 pounds, but over 50 pounds, which is a 3rd degree felony and carries a term of imprisonment of not more than 10 years, and not less than 2 years in the Texas Department of Criminal Justice, and may be fined in addition to imprisonment up to $10,000.

This is the second arrest by Sgt. Cooke in recent days involving suspects from the State of Louisiana traveling US Highway 59 that allegedly possessed a large amount of marihuana.

Chief Mark Bradshaw commended the work of Sgt. Cooke, and his partner “Nero”, the newest member to Cleveland’s police force. 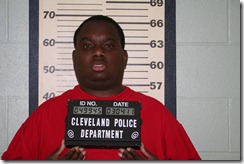 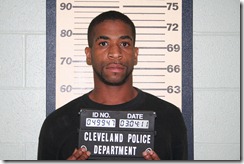 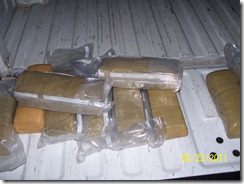 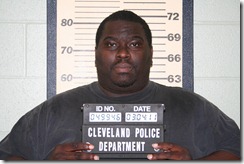