Almost 75 people attended Thursday nights Town Hall Meeting at the Cut and Shoot City Hall to discuss the rice in burglaries in the area. Members of the Montgomery County Sheriff’s Office, Precinct 1, Precinct 2 and Precinct 4 Constables offices attended along with the Cut and Shoot officers. Ed Rinehart also attended.

The program was to address the rise in burglaries and other property crimes in the immediate area.

Many asked what it would take for the Cut and Shoot city leaders to take over nearby subdivisions. The group was told a petition from the property owners was needed.

One resident said he has lost $60,000 worth of 4-wheelers, metal, wire, and tools after being broken in several times.  Theresa Hill who owns a business in the area has been hit six times, several of those in the same week. 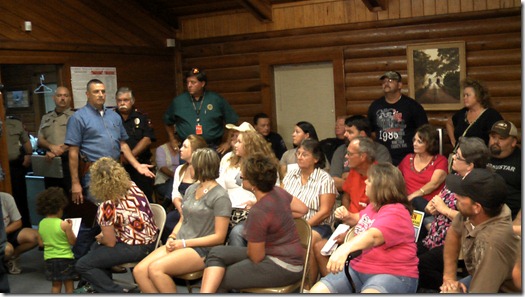 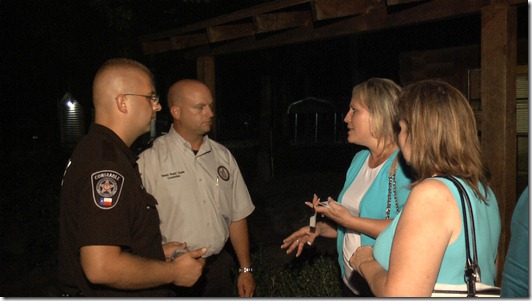