Conroe, TX — Death row inmate Larry Swearingen appeared in the 9th District Court of Judge Kelley Case on Friday, as his attorneys argued with prosecutors regarding DNA evidence in the Melissa Trotter case. Judge Case heard defense and prosecution arguments regarding whether additional testing should occur, or sufficient testing has already been performed.  In the end, the only decision regarding the evidence was that Judge Case determined he needed to review more information regarding what was tested and when it was tested before making a ruling regarding allowing more testing or moving forward with the sentence. Judge Case should have that information in about a week.

The hearing began on a sour note, with the prosecution filing a motion requesting that Judge Case recuse himself, based on their belief he would not sign Swearingen, nor anyone else’s death warrant. When asked to substantiate that belief, Assistant District Attorney Bill Delmore  was unable to do so. Judge Case told until they presented actual evidence he would not be willing to sign a death warrant, he would grant their request. There is no love lost between District Attorney Brett Ligon and Judge Case, with Ligon having challenged Case three times and counting, with the Texas Court of Criminal Appeals siding with Ligon each time. Swearingen’s case was the latest such episode. The TCCA unanimously ruled against Case, who was accused of ignoring previous appellate rulings regarding DNA evidence in the case. The appellate court concluded any additional findings resulting from new DNA testing could not be enough to overcome the existing evidence that convicted Swearingen.

With the recusal issue temporarily settled, the proceeding continued.

It was the latest episode in the nightmare that began in December 1998, when 19-year-old college student Mellissa Trotter was abducted, raped and murdered.  Her body was dumped in the Sam Houston National Forest.

Larry Swearingen was tried and convicted of Capital Murder in the case, but has repeatedly managed to delay his execution, and has convinced some activists of his innocence.

Death warrants were signed for Larry Swearingen on October 17, 2006; December 19, 2008; June 6, 2011; and December 19, 2012. That order was signed by the late Judge Fred Edwards, Judge Case’s predecessor. Swearingen’s last execution date was scheduled for February 27, 2013. However, at a January 30, 2013 hearing, Judge Case issued an indefinite stay of execution, citing the need for certainty before moving forward with carrying out his sentence.

Swearingen appeared in court Friday wearing jailhouse stripes and flanked by attorney James Rytting and representatives of the Innocence Project. Swearingen’s defenders maintain there was not enough evidence to convict him and more DNA evidence could exonerate him. Meanwhile, prosecutors are just as steadfast in the contention that there was more than enough evidence for a conviction and as many times as the evidence has been handled and transferred over the years, it is possible if not likely, both contamination and deterioration have occurred, rendering any new test results useless.

Rytting tried to put a positive spin on the Texas Court of Criminal Appeals’ decision that sent the case back to the District Court, saying, “It’s not that the TCCA doesn’t want to see the evidence. What they instructed the court was that we had not met our burden of proof showing that there was biological evidence and they sent it back to the trial court like often happens in trials – whether you’re talking about a civil or criminal case in order for the parties to establish their positions.”

“We have made additional arguments and pointed to additional evidence that we think proves absolutely certainly that there is biological material that should be tested under chapter 64,” Rytting said.

The defense attorney also implied the District Attorney’s Office no longer cares whether an innocent man is executed.

“The DA’s position has always puzzled me, because at the very beginning of these proceedings they said they wanted DNA testing,” Rytting said, “And they didn’t want to see an innocent man put to death and they wanted to have every rock unturned, and then they switched positions.”

“You’ll have to ask the DA why they switched positions on their initial stance.”

The Innocence Project ‘s attorney said his organization does DNA testing all over the country on cold cases that are 15 and 20 years old. They don’t believe the age of the evidence is a factor.

Rytting said they and Swearingen believes in his innocence. He pointed out that Swearingen has maintained his innocence from the beginning, and praised his client, saying “He has shown extreme fortitude under some terrible circumstances.”

He went on to say numerous items were tested and nothing was found on Mellissa Trotter linking Swearingen by DNA. The defense teams believes if Trotter were attacked and assaulted as the state claimed, her assailant’s DNA would surely have transferred to her.

Charles Trotter, the victim’s father, was visibly angered and frustrated by the defense.

“The defense is trying to leave the impression no DNA testing has been done and that’s entirely wrong. It’s false,” Trotter said. “The pantyhose, for example, which he brought up in this hearing, were tested and there was hair on those pantyhose and that’s what he mentioned, but what he failed to mentioned is that the DNA testing on those hairs (connected them to Swearingen’s) common-law wife and to himself.”

Trotter complained the defense misrepresented how the evidence was collected.

Furthermore, Trotter says two of the laboratories used by the defense had the evidence and were free to test it but did not.

The grieving father, and many others, fails to understand why Swearingen is still alive and they are still going to court and reliving the tragedy over and over, as they face the man they believe brutally murdered their teenage daughter and would never accept responsibility.

“This case is over,” Trotter said. “The District Attorney’s Office is correct – The Court of Criminal Appeals has made it very clear that all the DNA evidence that needed to be tested was tested.”

“They have not shown any evidence there needed to be further testing. And in fact, all the testing that has been done has all pointed back to him.”

Like the District Attorney’s Office, Trotter believes Judge Case has a moral aversion to signing the death warrant, regardless of whether he also believes Swearingen is guilty.

“I don’t believe he would sign a death warrant in this case or any other case and I believe it’s for the people of this county to decide in two years whether they want him to be a judge or not,” Trotter said.

Check back for updates as we continue to follow this case… 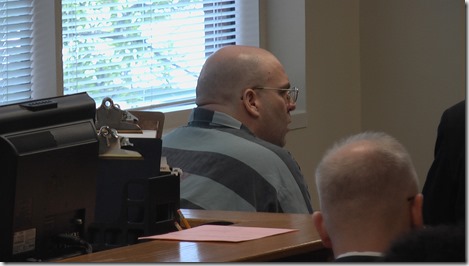 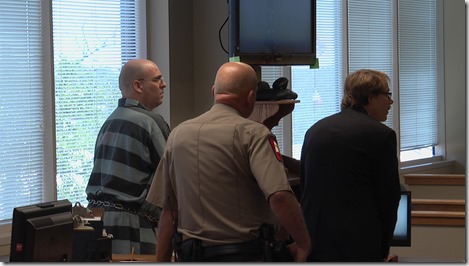 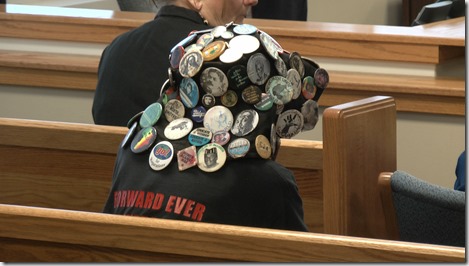 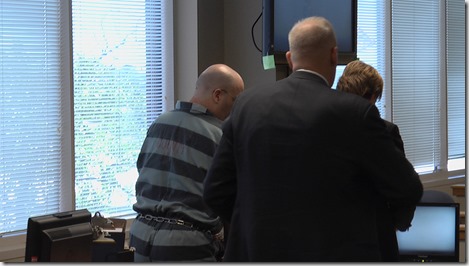 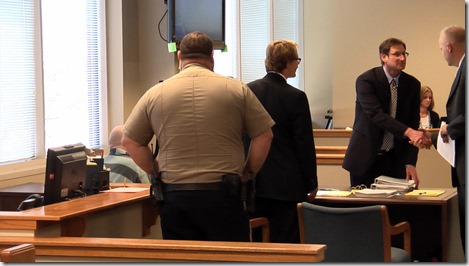 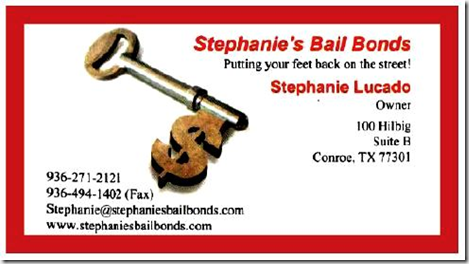