John Christlieb has been raising deer for close to six years. Thursday night he heard some barking on his game ranch and then detected movement on his perimeter security cameras. He immediately went outside. When he got to one of the pens he witnessed six dogs attacking his deer. His being there didn’t seem to bother them as they kept on. He fired a shot hitting one dog and killing it. A red pitbull which was next to it was also hit but ran off with the other three Pitbulls and a collie. In the pen were 25-deer. It included ten adults and fifteen fawns. All the fawns were dead as were nine of the adults. One of the does was so scared that she jumped the eight-foot fence into the pen next to it. She suffered some minor injuries. John spent his morning burying the deer, most of which had been bottle-fed since they were young. He filed a report with both animal control, which set a trap, and the Montgomery County Sheriff’s Office. All his fences are electrified. However, he discovered the dogs dug under the barn wall to gain access. John has close to one hundred deer still on the property which is permitted by the Texas Parks and Wildlife. He said he had no insurance on the deer and suffered a loss of close to $150,000. 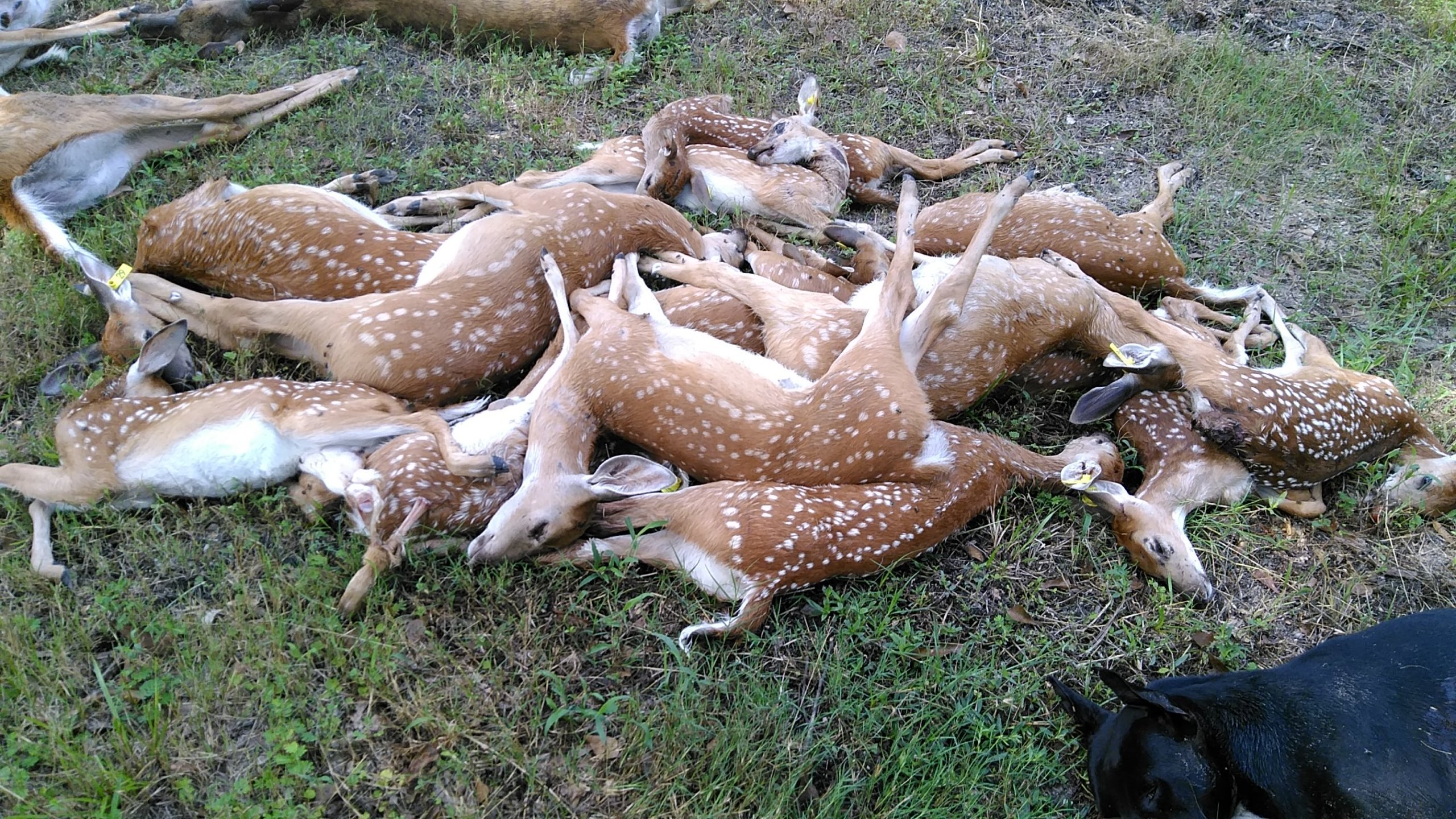 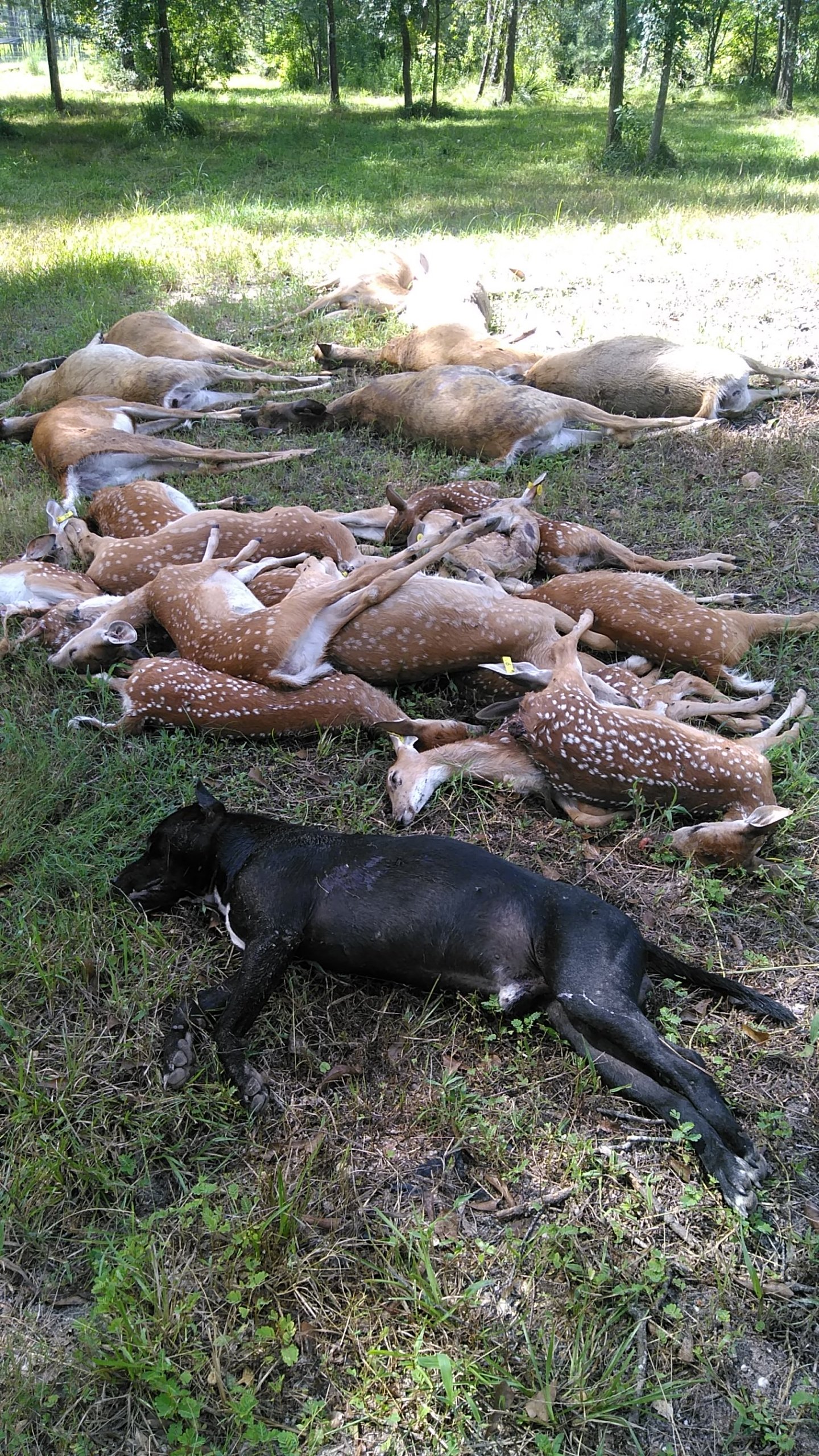