On Sunday, August 15 around 1:00 pm 2 men were fishing in the area just south of Cagle Recreational Area (off 1375) & noticed a dog on the bank. They continued fishing for a while & as they were making their way back they noticed the dog that they had seen earlier was now out in the middle of the water struggling to swim. They immediately went to her aid & got her in the boat. She had on a pink collar w/ a piece of rope tied to it that was broken as though she might have accidentally escaped. She is not microchipped & attempts are being made to find her owners as she might have come from someone staying at the Cagle Recreational Area & has been lost for a while. If no owner comes forward she will need a rescue/foster to step up or she will have to be surrendered to the Montgomery County Animal Shelter.

ℹ It has already been confirmed by the Constables Lake Patrol Office that she was not involved in the boat accident that occurred Saturday night. 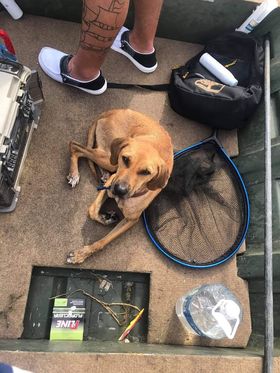 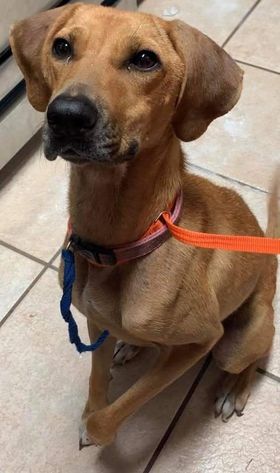