Just after 5:30pm and as the the brief rains pass through a white Dodge 3500 flat bed truck was northbound on FM 1485. As the driver thought to be from Willis went through the curve near Firetower  Road he crossed the center line striking a Ford Explorer head-on.  The force of the crash was so great that the cab of the Dodge truck was ripped from the frame ejecting the driver who was not wearing a seatbelt. The engine and transmission ended up in the opposite ditch.

The driver of the Explorer was pronounced dead on the scene by Justice of the Peace James Metts who ordered an autopsy at the Montgomery County Forensic Center.  His female passenger was in critical condition and had to be cut from the vehicle. She was flown to Hermann Hospital in Houston where she passed away. A backseat passenger was taken to Herman Woodlands also in critical condition.

The passenger of the Dodge truck who was in a seat belt was able to crawl out of the vehicle and was transported in stable condition. The Dodge truck diver was stabilized by MCHD and then flown to Hermann Hospital in Houston where he is in critical condition.

FM 1485 was closed until 11 p.m. as DPS worked the accident. Most of the victims are yet to be identified and next of kin have not all been notified.

This part of FM 1485 has been the scene of several other fatal crashes over the past two years. 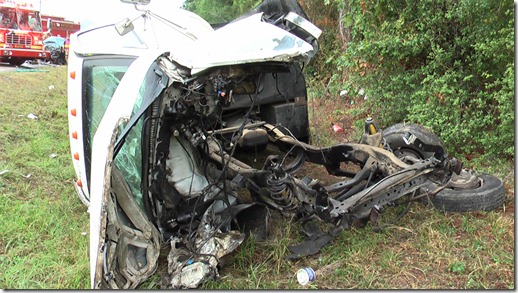 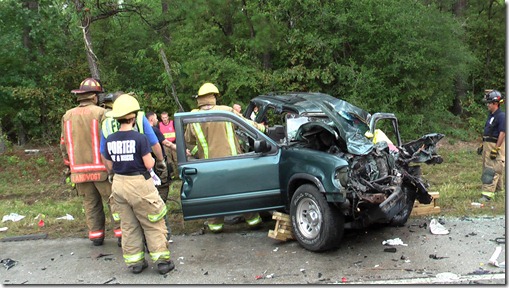