US Highway 59 has just reopened but remains at one lane northbound just north of Fostoria Road. A motor home pulling a mini-van for unknown reasons left the roadway crashing through the wood line and coming to rest between the railroad tracks and the trees. Several motorists tried to get the victims out but according to one the engine was still running and the cruise control engaged causing the rear tires to spin. The left tire which was in the brush ignited and with the body being fiberglass flames quickly consumed it. One person attempting the rescue inside the motorhome was forced to jump out through the front window. He was injured as was a firefighter.

4:45pm-It has been determined only one person was in the motorhome. 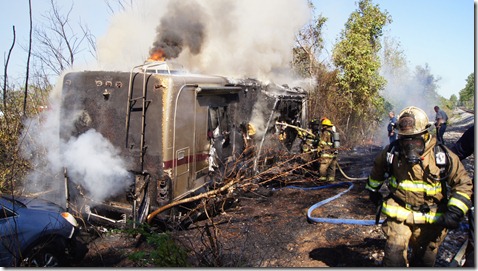 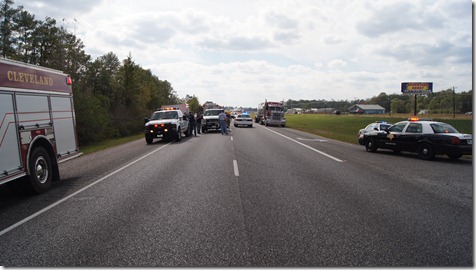 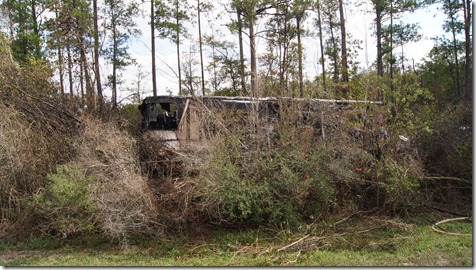