EAST COUNTY– Just before 2:30 a.m. Thursday, Montgomery County Sheriff’s Deputies responded to a double shooting on Russell Drive near Trinity Way in New Caney. Upon arrival, they were forced to cut the lock on a 6 foot fence to enter the property. Once inside, they found a 59-year-old woman and her 65-year-old male companion had been shot during a robbery attempt.

The female victim, who was also the homeowner, was unconscious, with gunshot wounds to the head and shoulder. PHI Air Medical flew the woman to Memorial Hermann Hospital in Houston’s Texas Medical Center. The male victim sustained wounds to his neck and shoulder and was transported by ground ambulance to Memorial Hermann Hospital in The Woodlands.

Officials said two men fled the scene on foot, possibly through a back window of the mobile home.

According to Lt. Dan Norris, no suspect descriptions are available and as of this writing, investigators have been unable to determine if anything was taken from the home.

Investigators believe the female victim returned fire, shooting several rounds at the suspect with a pistol, but they have not determined whether she hit either of them.

Montgomery County Major Crimes and Crime Scene investigators are conducting the investigation and no further details are available at this time.

Updates will be posted here and on our Facebook page as information is received.

Crime Stoppers will pay up to a $1000 caSh reward for information leading to an arrest or indictment of a felony crime. Call 800-392-STOP (7867). Anonymous tips can also be made through the Montgomery County Crime Stoppers Web Page at www.montgomerycountycrimestoppers.org. 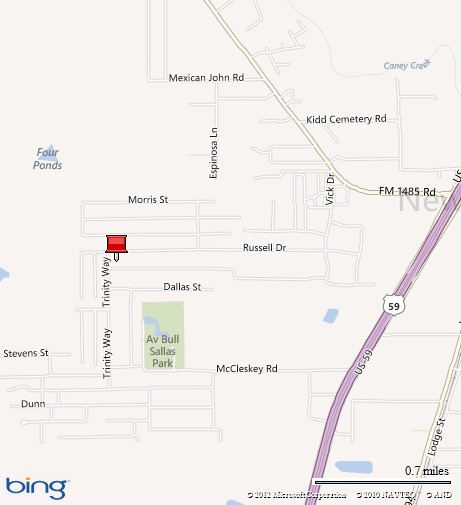