Just after 1:30 pm a Chevrolet Avalanche was stopped on a traffic stop on US 59 just north of the San Jacinto /Polk County line. A pursuit started and continued south on US 59 to Beltway 8. There the vehicle traveled west on the Beltway to Interstate 45. During this time units reported at least one occupant was dumping white powder out the window.

The driver went south on I-45 from Beltway 8 and exited at West Gulf Bank. As he started west on West Gulf Bank DPS was able to shoot a tire. The suspect continued a short distance until he was taken into custody in a neighborhood near the intersection of Tarbarry and Damascus.

ADDITIONAL DETAILS AS THEY ARE AVAILABLE 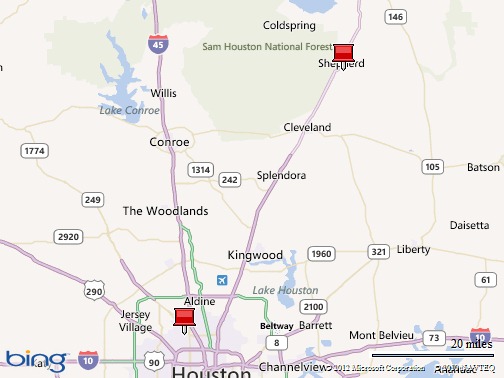