Jeff Taylor Bell wanted int he hit and run crash that critically injured two on a motorcycle in Grangerland Tuesday evening is in custody. DPS in Wharton, Texas attempted to stop the vehicle and he fled. After a pursuit, he was taken into custody and charged with evading arrest and DWI.

Just before 8 pm a Suzuki GSX motorcycle was east on FM 3083 just past FM 2090. A gray 4-door Honda cut through the parking lot of the Grangerland Shopping Center and pulled out in front of the motorcycle striking it. The driver and his female passenger both went down. The rider and passenger came off the motorcycle, sliding across the pavement. The motorcycle driver slid over 50-feet then slammed into a dump trailer attached to a truck that was fueling at the Exxon gas station at the corner of Gulf Coast and FM 3083. His female passenger slid close to 100-feet, through the intersection and to the fence of the Graingers property. The male was transported to Conroe Regional in critical condition. His passenger is now stable. The driver of the Honda stopped, got out of the vehicle. After seeing the carnage he got back in his vehicle and fled the scene. Precinct 2 Deputy Constable Smith arrived on the scene and immediately put out an attempt to locate on the suspect. The front bumper of his newly acquired vehicle lay in the intersection complete with a license plate. Precinct 2 Constables Office worked the crash with the assistance of DPS and the Montgomery County District Attorney’s Office Vehicular Crimes Unit. The road reopened at 11:30 pm. No identification has been found on the victims and they are attempting to positively identify them. Papers show the 2014 Suzuki was just purchased. 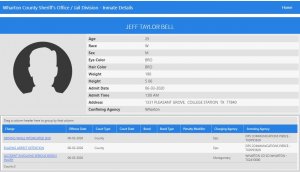 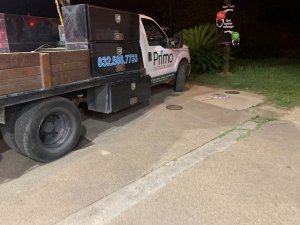 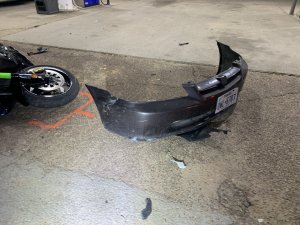 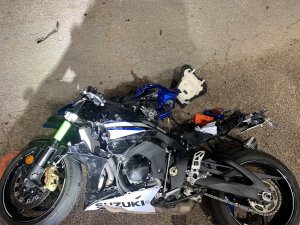 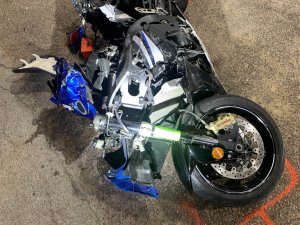 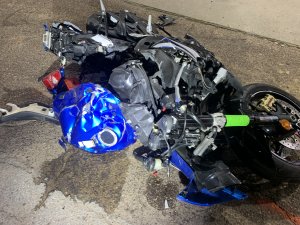 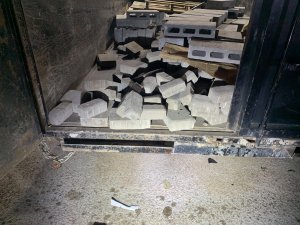 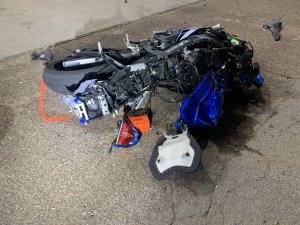 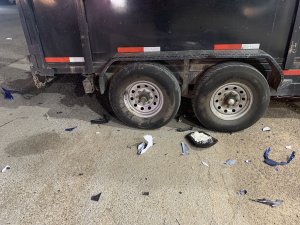 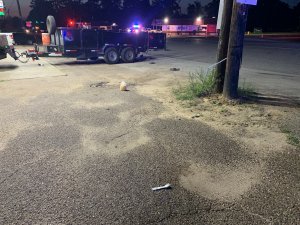 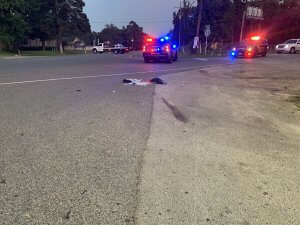 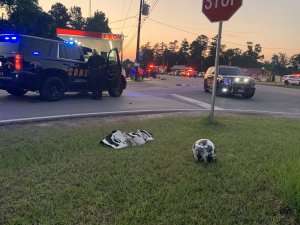 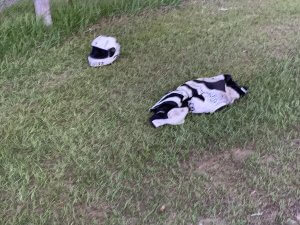 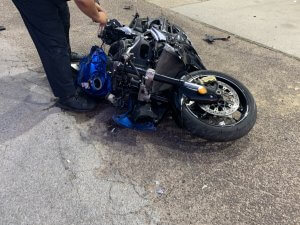 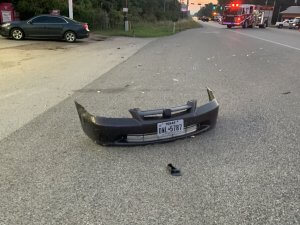 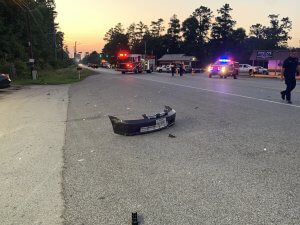 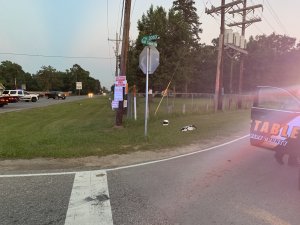 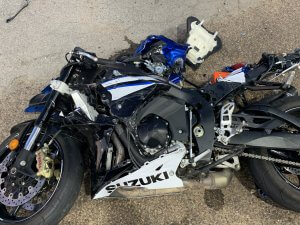 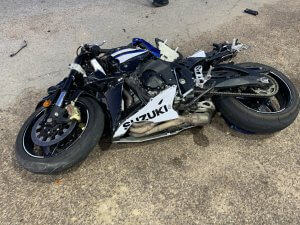