Shortly after 9pm Sunday March 21, 2010  Porter Fire Department was dispatched to a major accident on North Park at Loop 494.
On arrival they found two vehicles against a traffic light pole on the northeast corner of the intersection.
The driver David Goolsby age 52 of Conroe who was the driver of the black Ford F150 was in trapped and in critical condition. His two female and one male passenger were also in critical condition and trapped.
Rescue workers worked to free them and stabilize them on the scene before loading three of them on two Lifeflight Helicopters and transporting the other by ground to Hermann Hospital.
According to DPS officials the white Toyota was eastbound on North Park approaching Loop 494 at a high rate of speed.
Goolsby was northbound on Loop 494.

Mary Anne Sayre 29, of 5207 Laurelwood in Kingwood was, driving the Toyota and failed to stop for the red light striking Goolsby on the left front pushing it into the ditch also.

Sayre  was in serious condition with back, rib and facial injuries and was transported by ground ambulance to Hermann Hospital.

Sayre was booked into the Montgomery County Jail  Thursday night and is charged with four counts of Intoxicated Assault with a vehicle causing serious bodily injury. Her bond is $20,000 on each count. 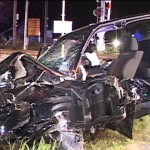 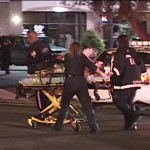 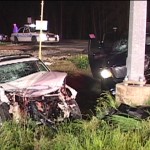 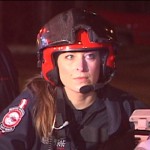 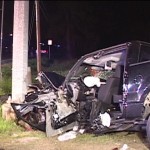 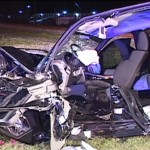 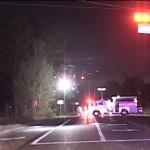 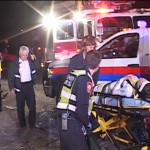 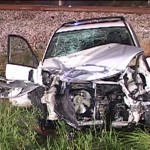