The Texas Commission on Environmental Quality (TCEQ) finalized nine investigations into Colony Ridge construction practices this week. Eight of the nine found violations. And six of the eight scolded Colony Ridge for lack of best management practices relating to erosion controls. The other two cited Colony Ridge for operating without a permit.

Summary of Violations
The TCEQ meticulously documented the findings with dozens of photos and supporting documents. The nine investigations total 2,341 pages. Below is a summary of the investigation numbers, subdivisions and violations:

Nature of Violations
Six of the TCEQ violations relate to best management practices and erosion control. For instance:

Planting grass can stabilize soils.
Silt fences can prevent dirt from entering ditches.
Rock gabions can reduce the velocity of water, thus reducing erosion.
But the investigations found little evidence of any such practices. And when they did, the measures were often ineffective due to lack of maintenance. For instance, water eroded around and under silt fences, rendering them useless. 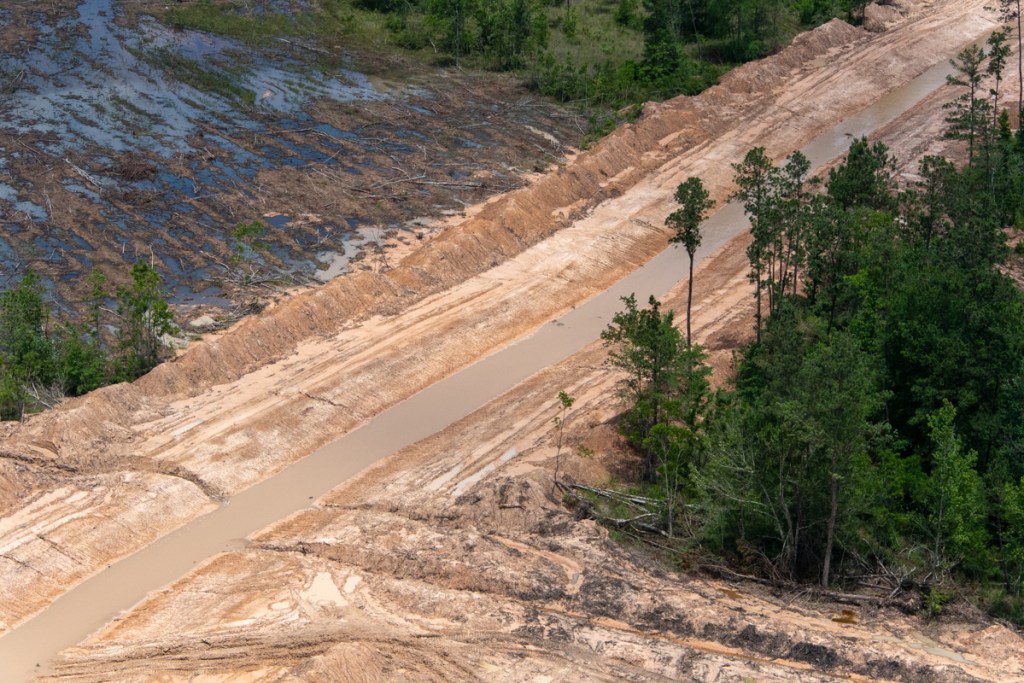 Dirt piled on sides of ditches. No silt fences, grass, or gabions. Photo taken May 26, 2021.
When you clear thousands of acres at a time, erosion control is important to protect downstream neighbors.

Two of the other investigations found Colony Ridge operating without a valid permit.

Conditions For Obtaining Permits
The National Pollution Discharge Elimination System (NPDES) requires developers to formulate Stormwater Pollution Prevention Plans (SWPPP) as a condition of obtaining their permits. The plans should: 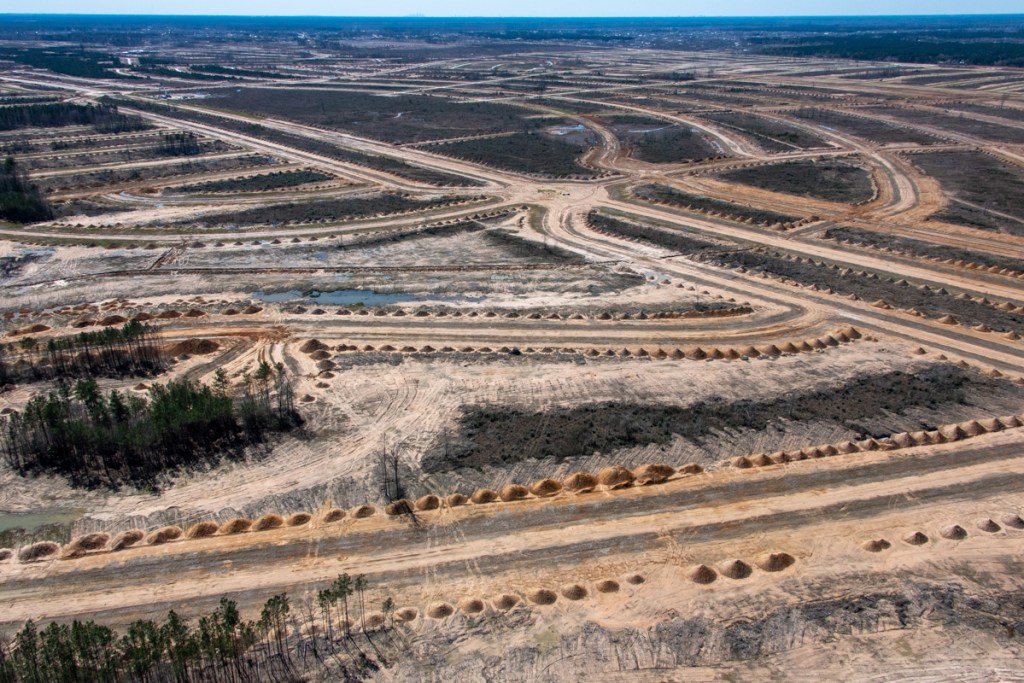 Retaining sediment on the property
Selecting, installing, inspecting, and maintaining sediment control measures in accordance with good engineering practices
Removing offsite accumulations of sediment that escapes the property at a frequency sufficient to minimize offsite impacts
Preventing litter from becoming a pollutant source in stormwater discharges 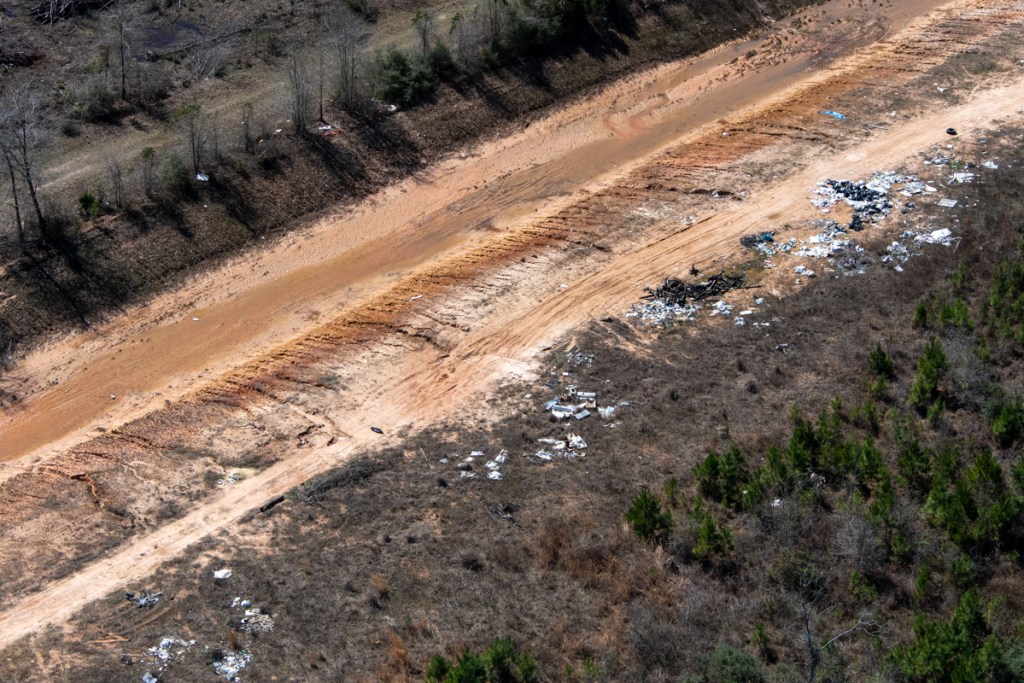 Accumulations of litter on banks of Colony Ridge ditch – definitely not a best management practice. Photo taken March 3, 2021.
Penalties Unclear at This Time
It’s unclear at this time whether the TCEQ violations will result in any fines for Colony Ridge. Typically, the TCEQ gives regulated entities a chance to remedy violations before levying fines. However, the recurring nature of these violations may call for a new approach. TCEQ has warned Colony Ridge about similar issues in the past, saying that Colony Ridge violations could adversely affect human health. However, violations continue.

Clearly, the ability to fix problems without a fine – after silt has been discharged into bayous, streams and rivers – seems like an incentive to ignore, not obey, regulations. Violators can simply fix problems if caught and, if not, take their profits to the bank. 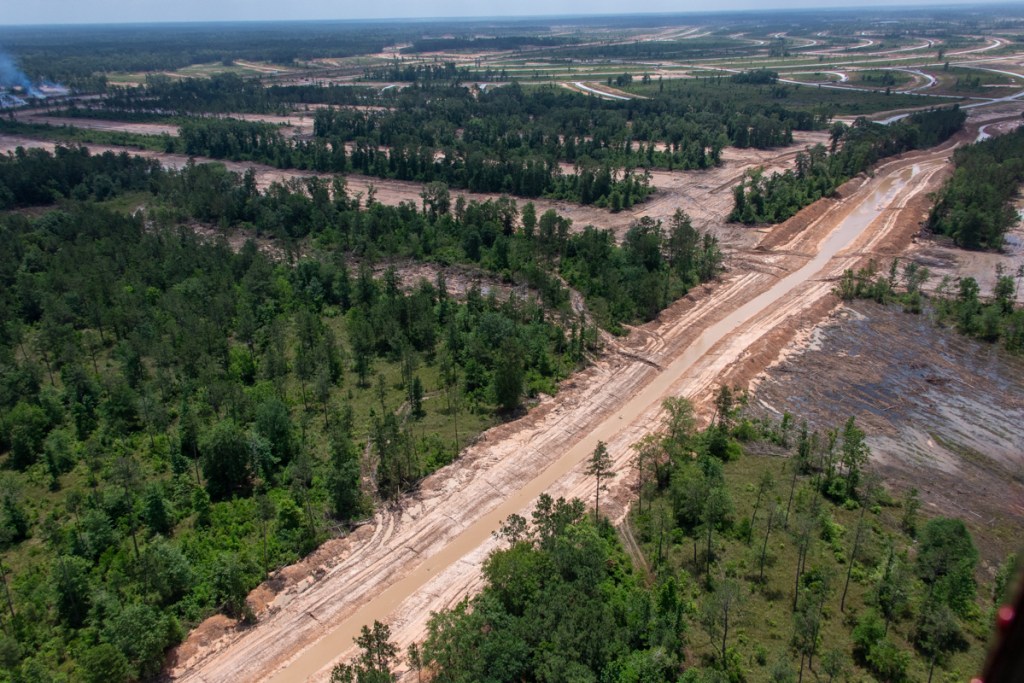 Looking south. The photo was taken May 26, 2021. Colony Ridge continues to push north with the same construction practices.
Conclusions of All Nine Reports
The reports comprise almost 650 megabytes. They are far too large to post in a forum like this. However, I have captured screenshots of the reports’ conclusions for those who wish more detail.

Posted by Bob Rehak on 6/5/2021, based on TCEQ investigations

The thoughts expressed in this post represent opinions on matters of public concern and safety. They are protected by the First Amendment of the US Constitution and the Anti-SLAPP Statute of the Great State of Texas.