Federal safety regulators have sent a team to investigate the fatal crash of a Tesla in which local authorities say no one was behind the wheel.

The National Highway Traffic Safety Administration said Monday it has sent a Special Crash Investigation team to The Woodlands to look into the Saturday night crash of the electric car.

Investigators are “100% sure” that no one was driving the 2019 Tesla Model S that ran off a suburban parkway, hit a tree and burst into flames, killing two men inside, Harris County Precinct 4 Constable Mark Herman said. 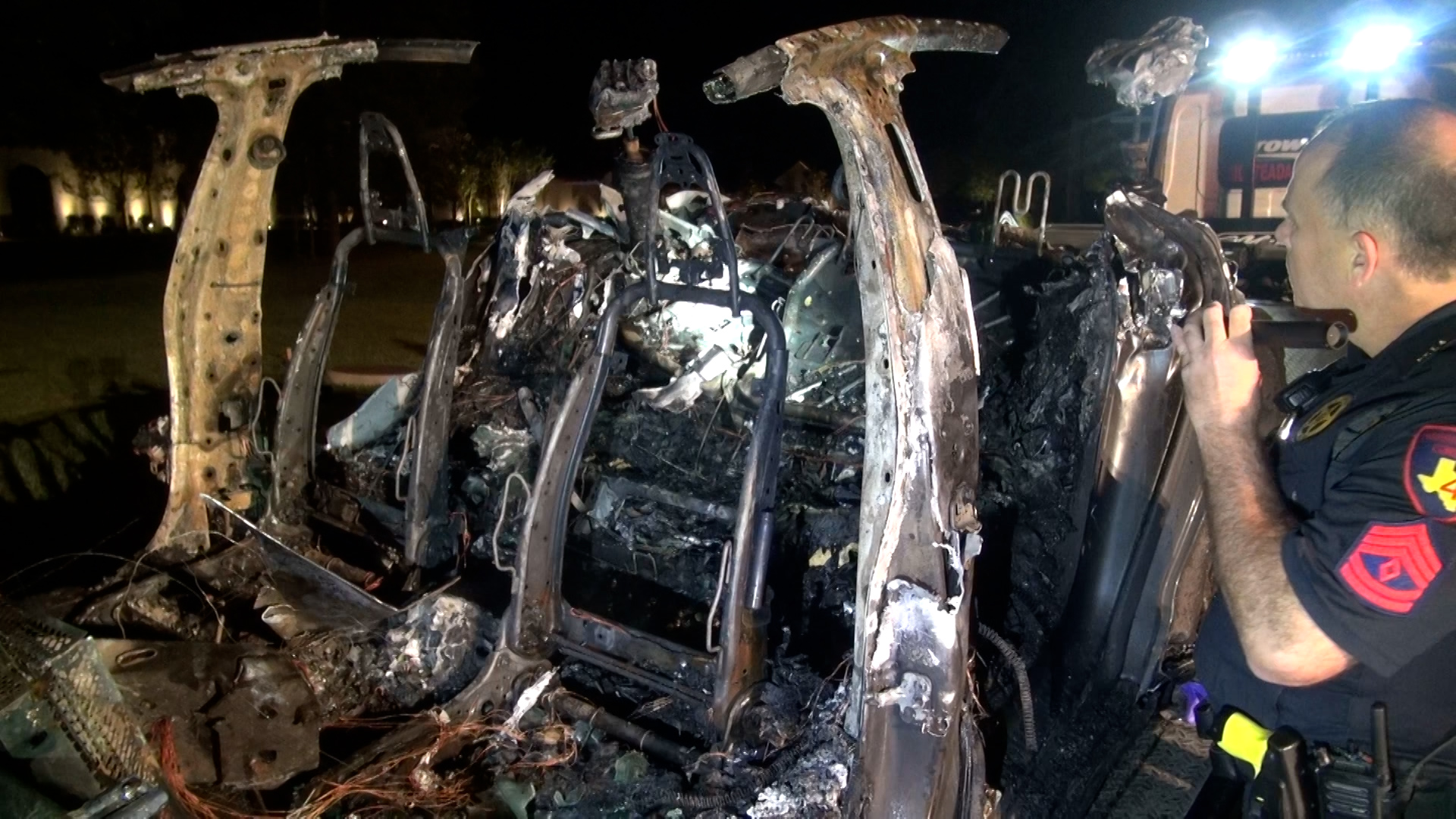 But they’re still trying to determine whether the electric car was operating on Tesla’s Autopilot driver-assist system, or if the company’s “Full Self-Driving Capability” system was in use.

Late Monday afternoon, Tesla CEO Elon Musk tweeted a response to viewers who expressed doubt about the Wall Street Journal article about this crash. Musk claimed that data logs recovered so far show autopilot was not enabled and that “this car did not purchase FSD.”

Moreover, the standard autopilot would require lane lines to turn on, which this street did not have, Musk added.

One of the men was found in the front passenger seat of the badly burned car, and the other was in the back seat, Herman told ABC13 on Monday.

“This accident here is probably the first our agency has had where an electric car was involved with a fire of this magnitude,” Herman said. “The vehicle is in a secure facility. We have an investigative hold on the vehicle. We are continuing to analyze and go through the wreckage.”

In a statement Monday, NHTSA wrote, “We are actively engaged with local law enforcement and Tesla to learn more about the details of the crash and will take appropriate steps when we have more information.”

The NTSB also sent a crash investigation team to Harris County and they will assist Precinct 4 with their work on the case.

The crash happened just after 9 p.m. Saturday on Hammock Dunes Place in the Carlton Woods Creekside subdivision just west of The Woodlands.

Firefighters and medics responded to reports of an explosion in the woods after the Model S ran off the road, authorities said.

The victims are a 59-year-old doctor and a 69-year-old engineer. Both men were friends, according to authorities. As of late afternoon Monday, their exact causes of death and their identities are not publicly available.

Authorities say the men in the car had just dropped off their wives at a home in Spring and took the vehicle on a test drive. Moments later, the calls started coming into 911.

The Tesla was traveling from a cul-de-sac on Hammock Dunes Place and did not negotiate a curve, authorities said. The vehicle crashed into a tree before bursting into flames.

“The calling party advised that they did hear a boom and then they saw a fire approximately 20 to 30 feet tall,” a dispatcher said on an emergency call.

The fire raged for four full hours and required rescue workers to use about 30,000 gallons of water to eventually put the fire out because the battery kept reigniting, the constable’s office said.

The vehicle was said to be traveling at a high rate of speed, Herman said.

ABC13 spoke with a local Tesla club about the driving assistance technology that comes with these cars, and those owners said the vehicle will not even start if no one is in the driver’s seat.

“You know, you’re warned when you pick up your Tesla that this is just a driving assistance system. It’s not, it doesn’t drive yourself yet,” local Tesla owner Stephen Pace said. “That’s the goal that eventually they will be able to drive themselves, but today it warns you if you don’t touch your steering wheel constantly. It checks for weight in the seat, so it won’t just start. So there are many safety protocols built into this system.” 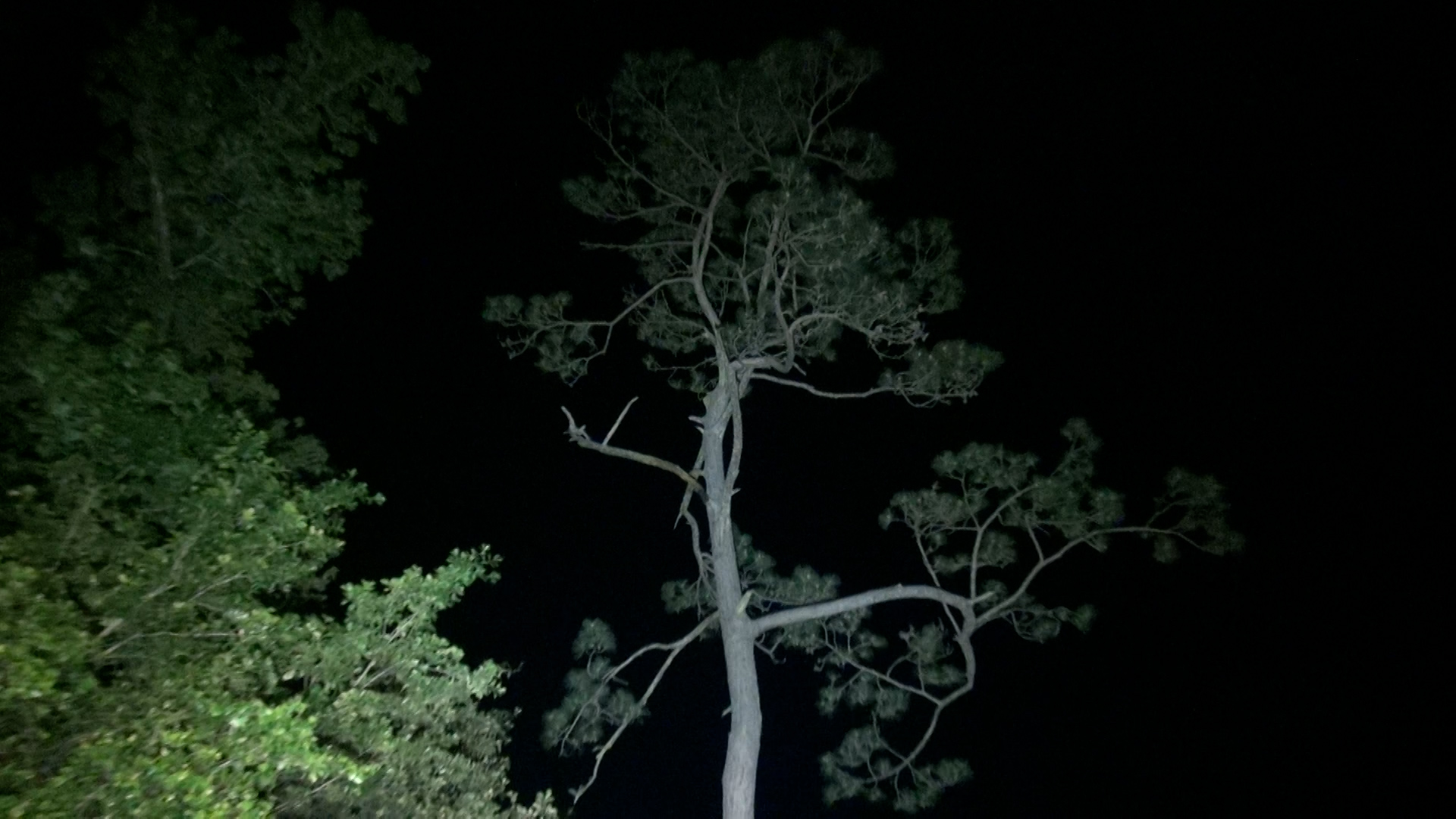 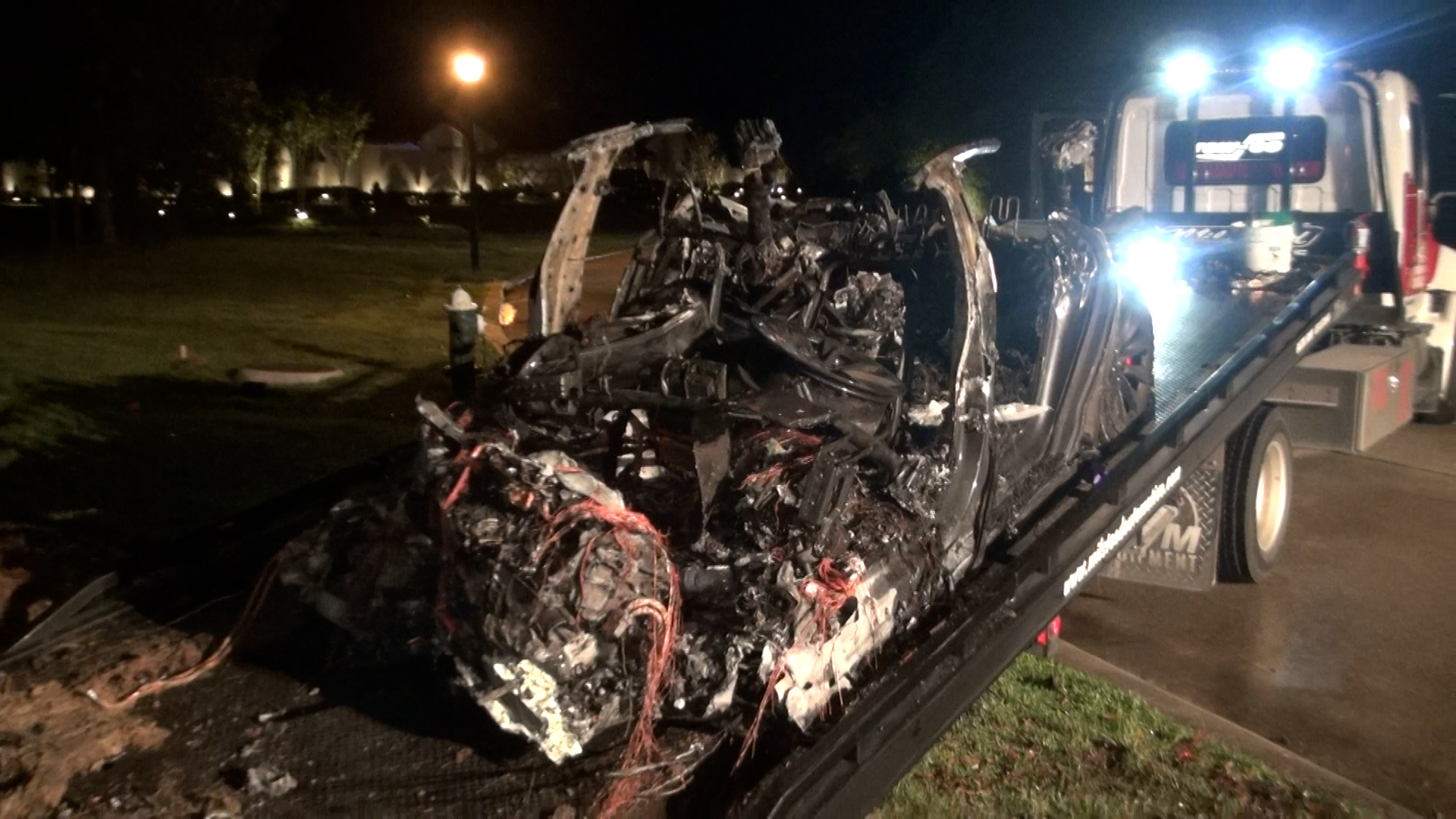 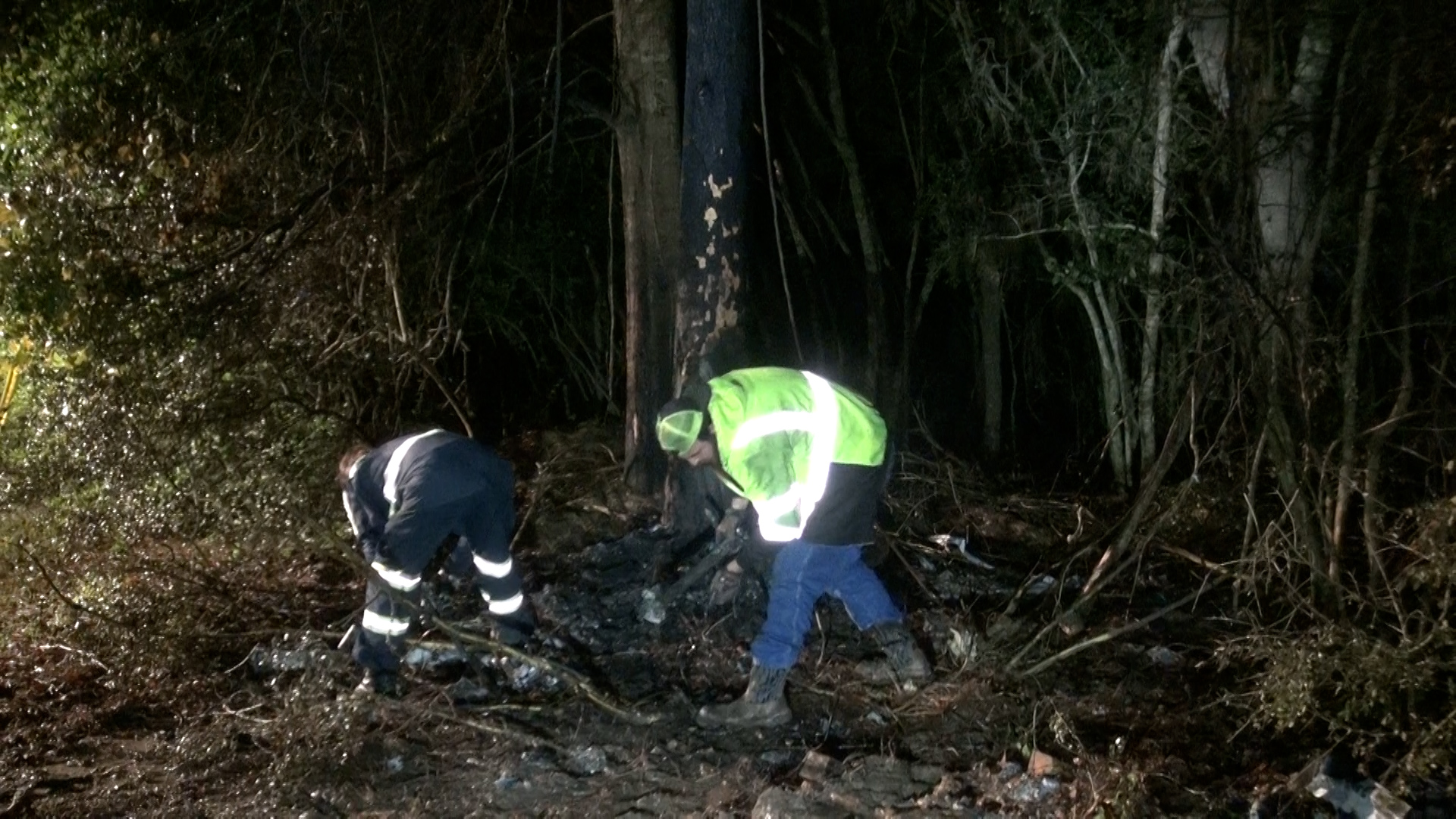 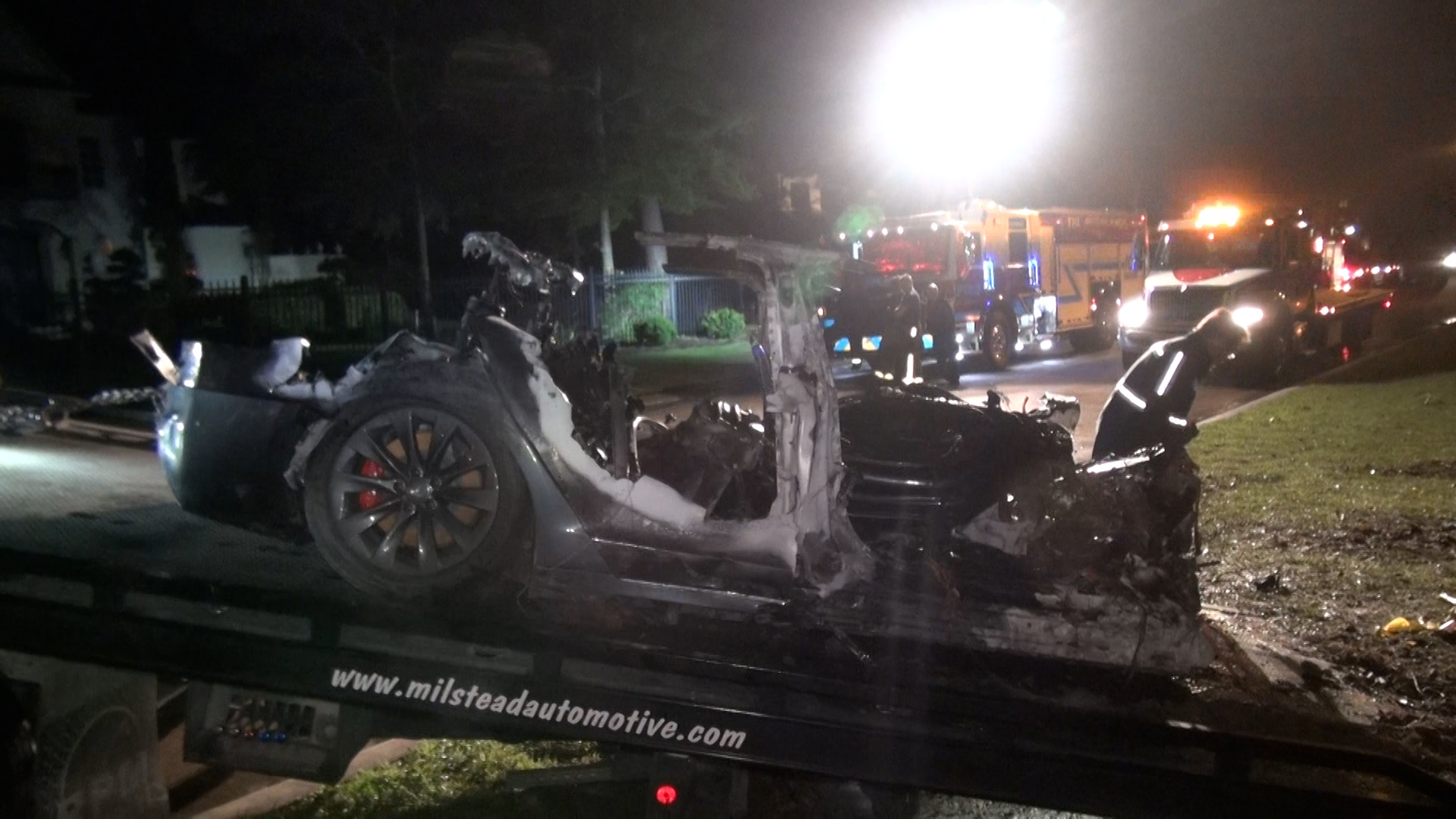 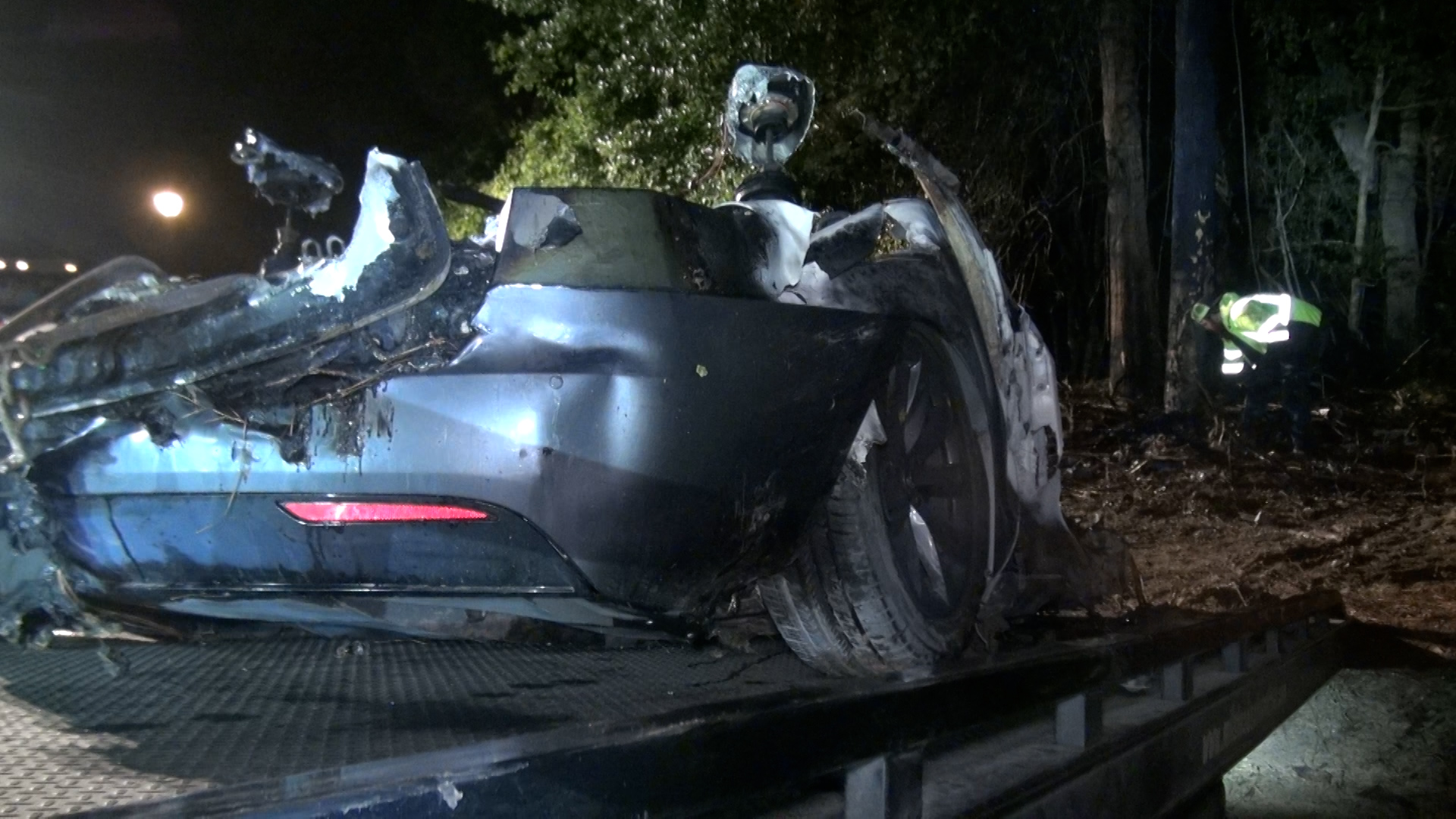 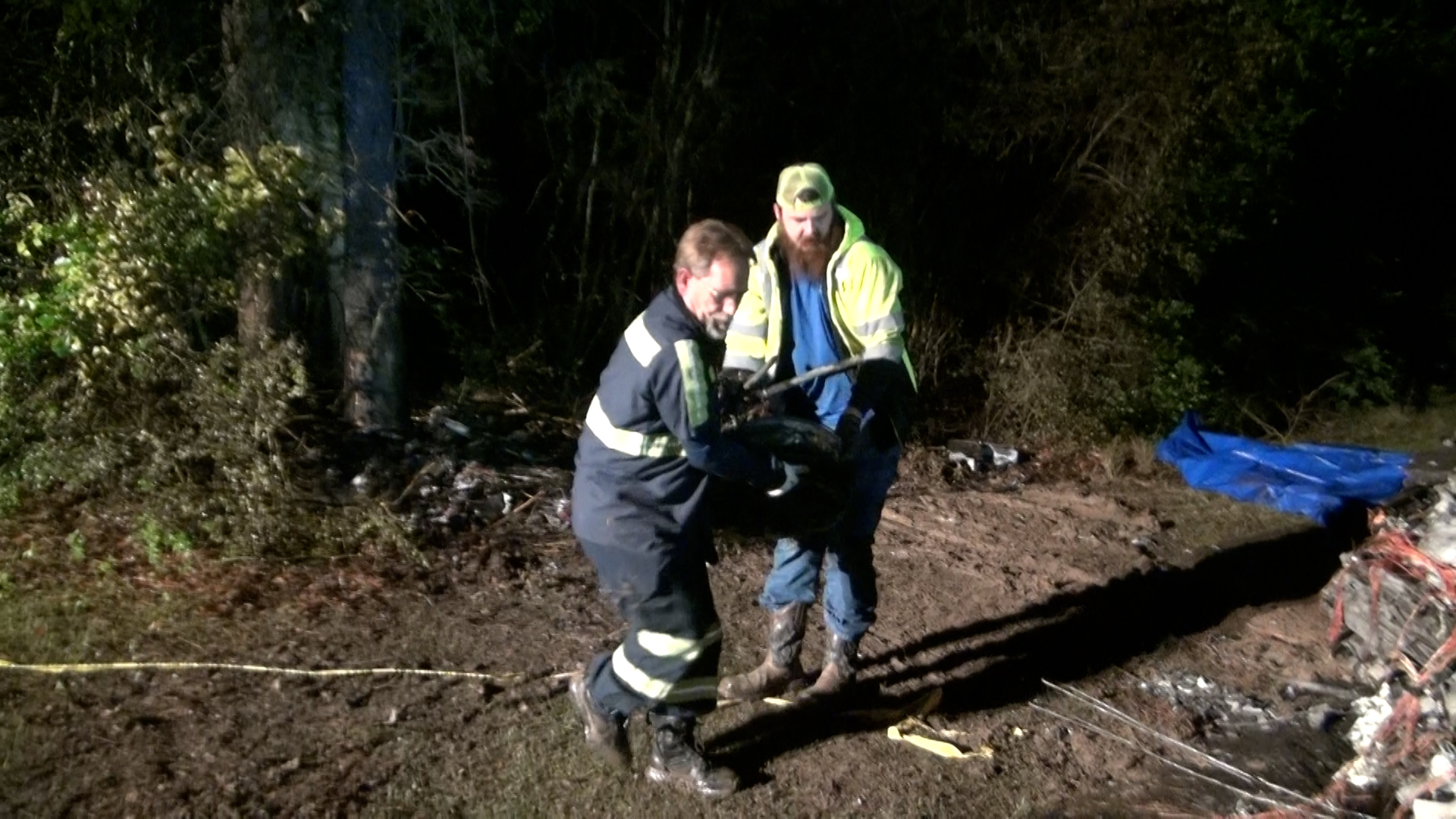 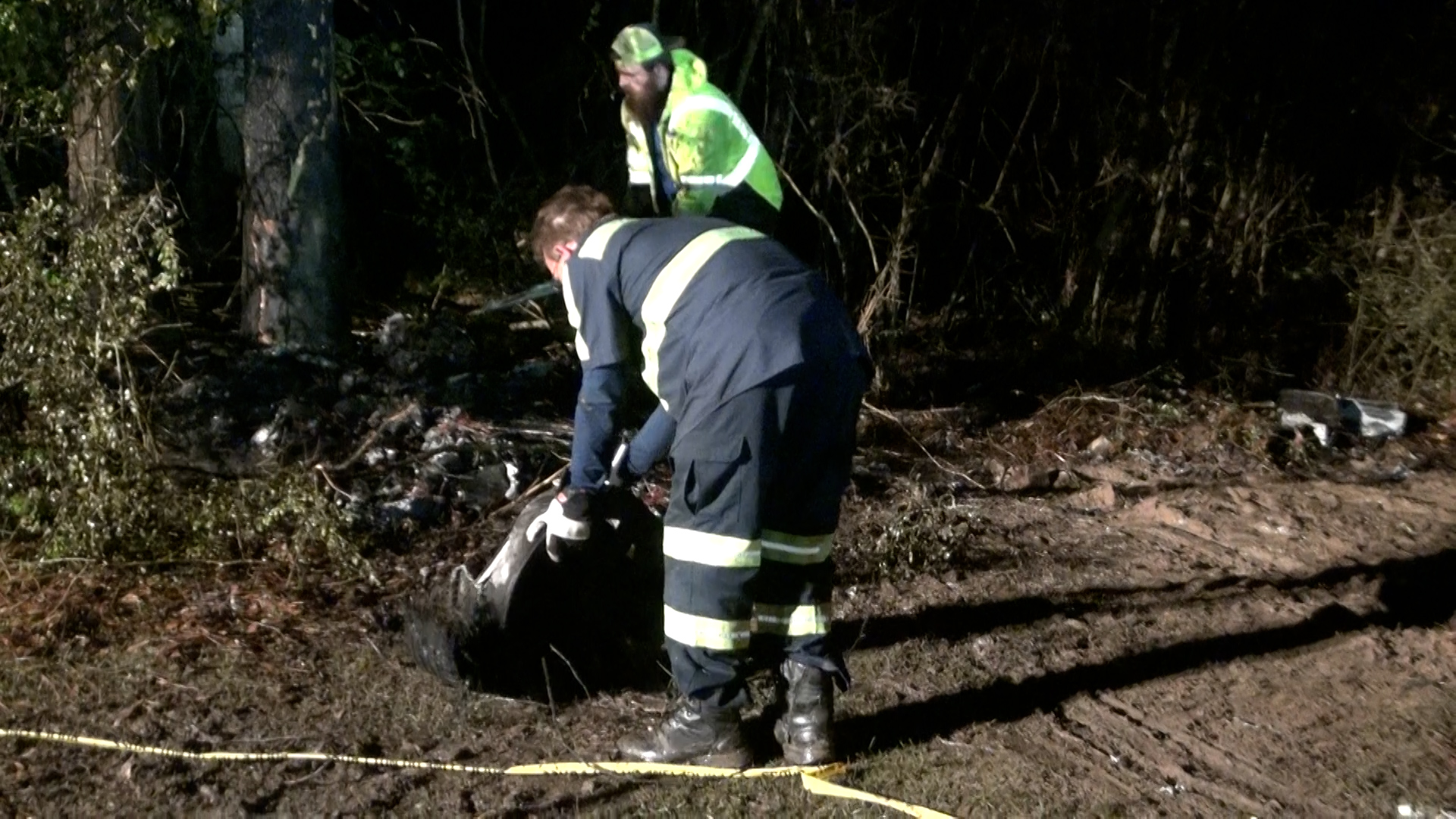 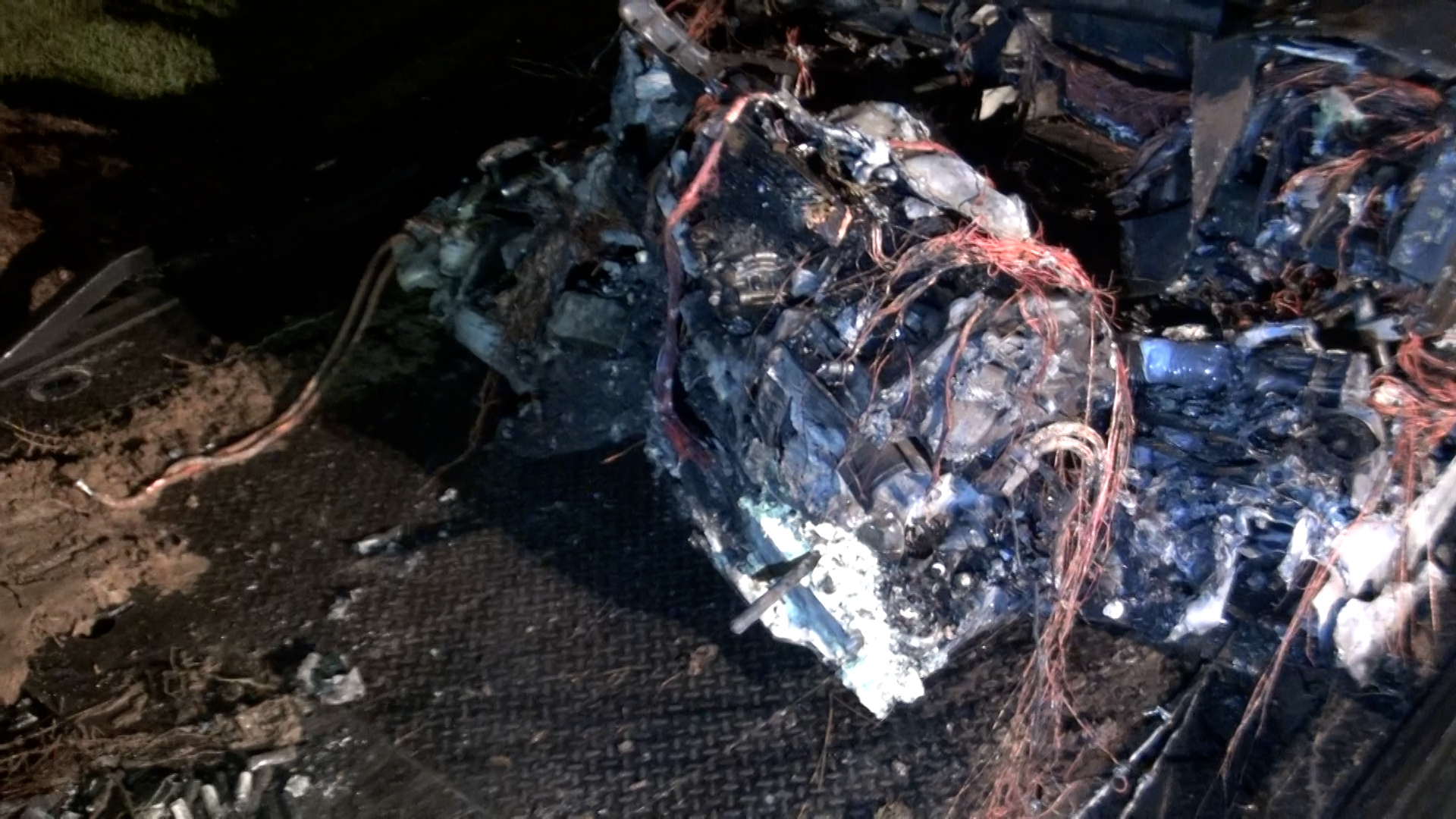 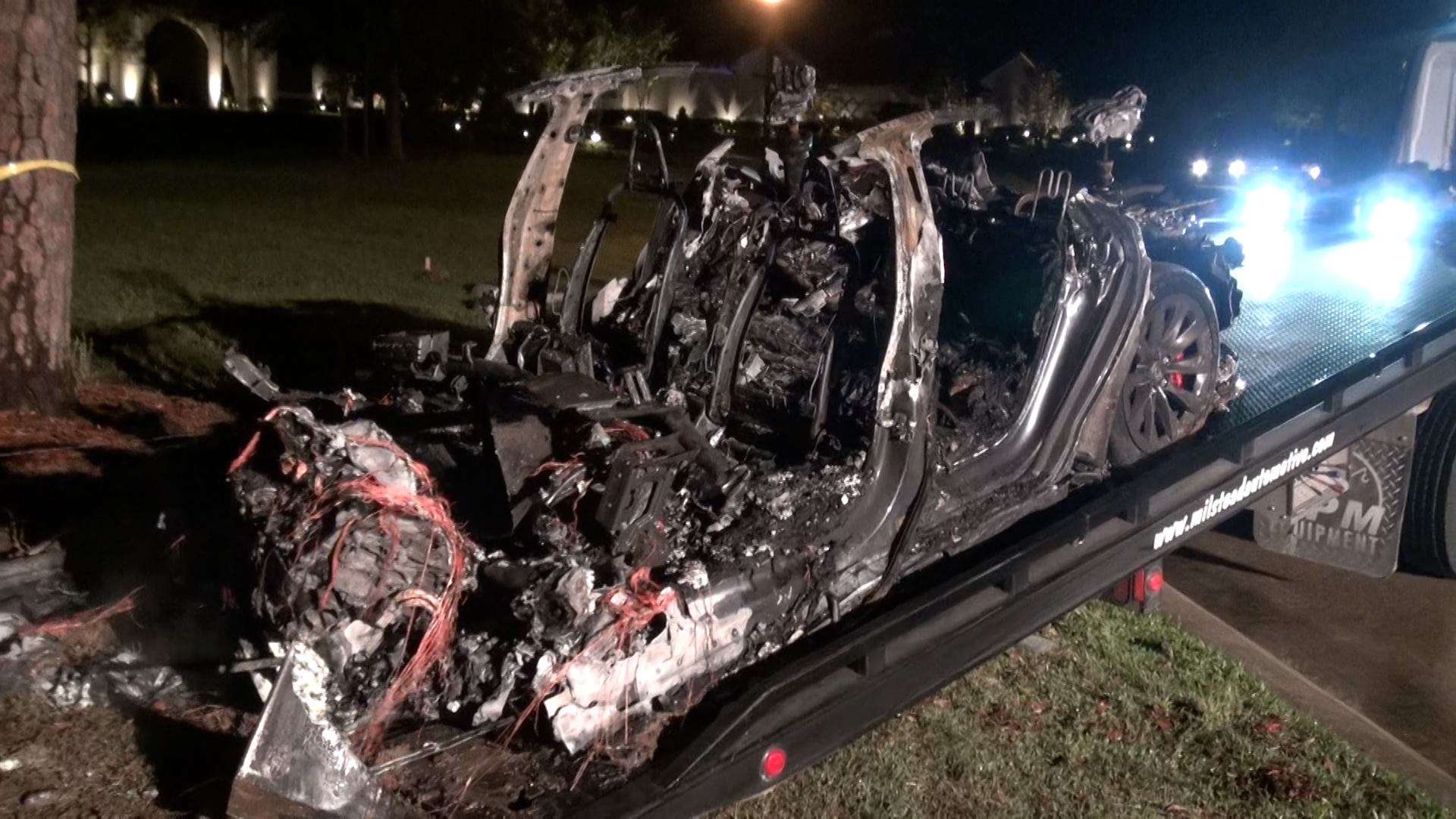 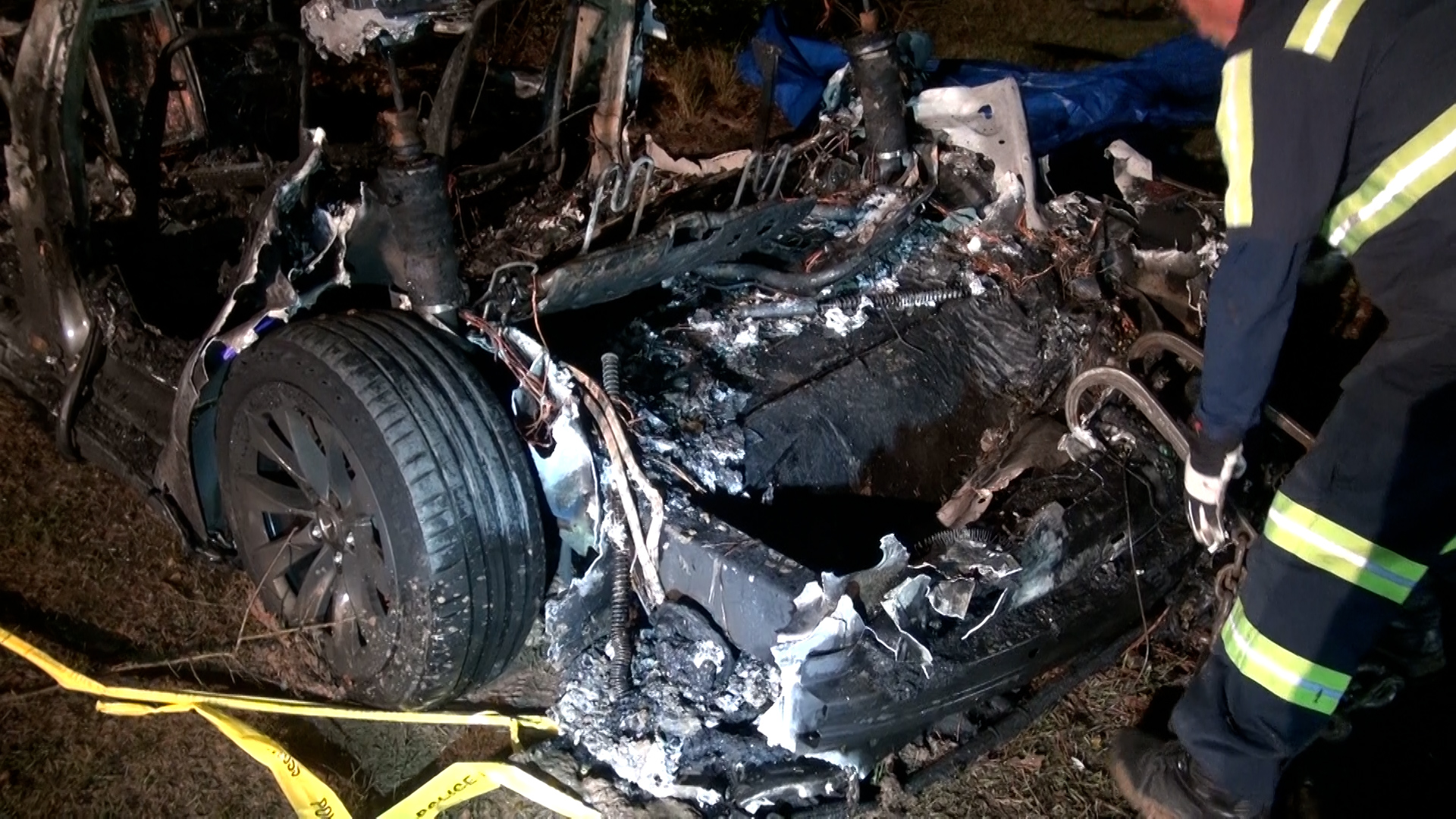 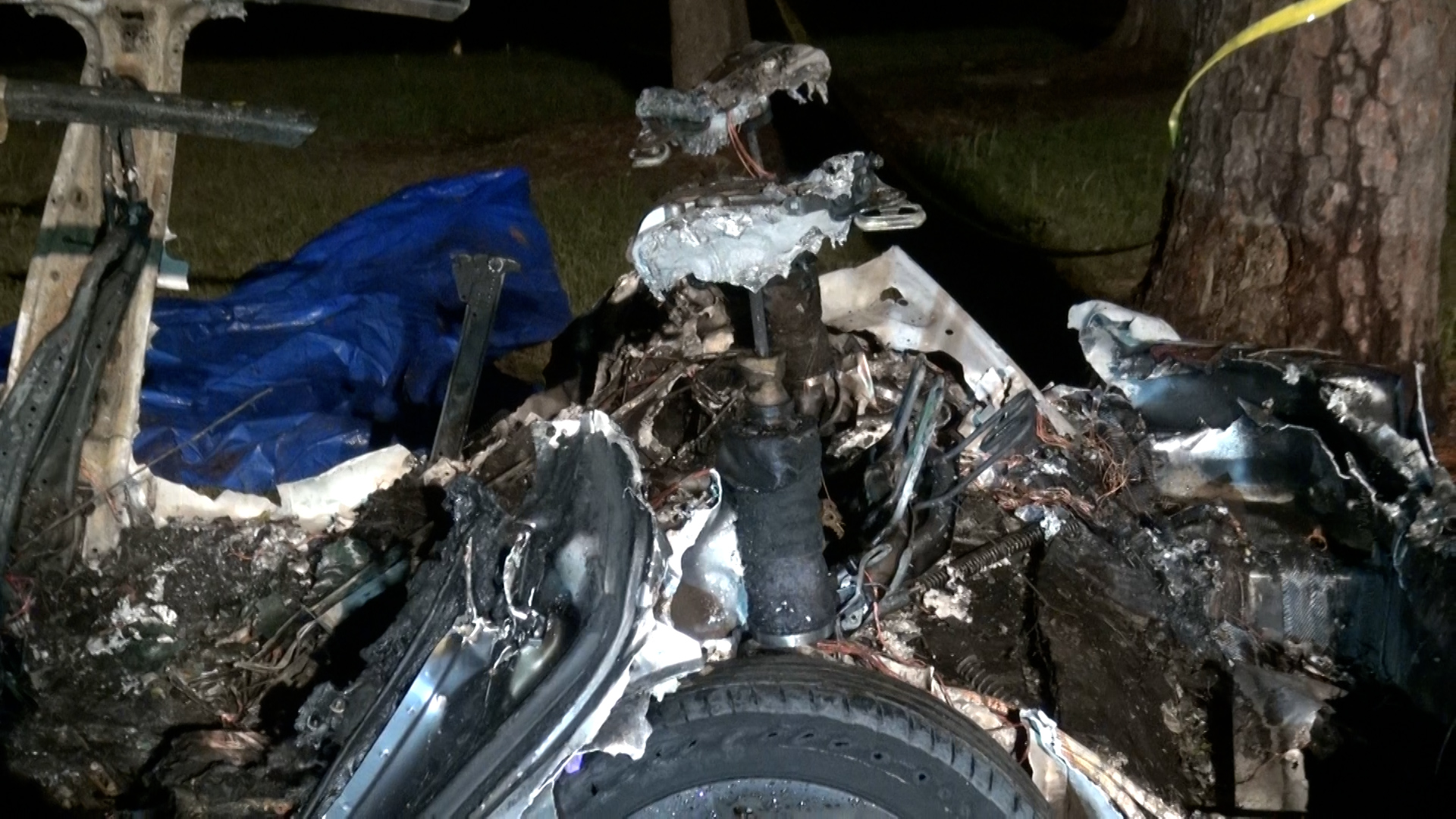 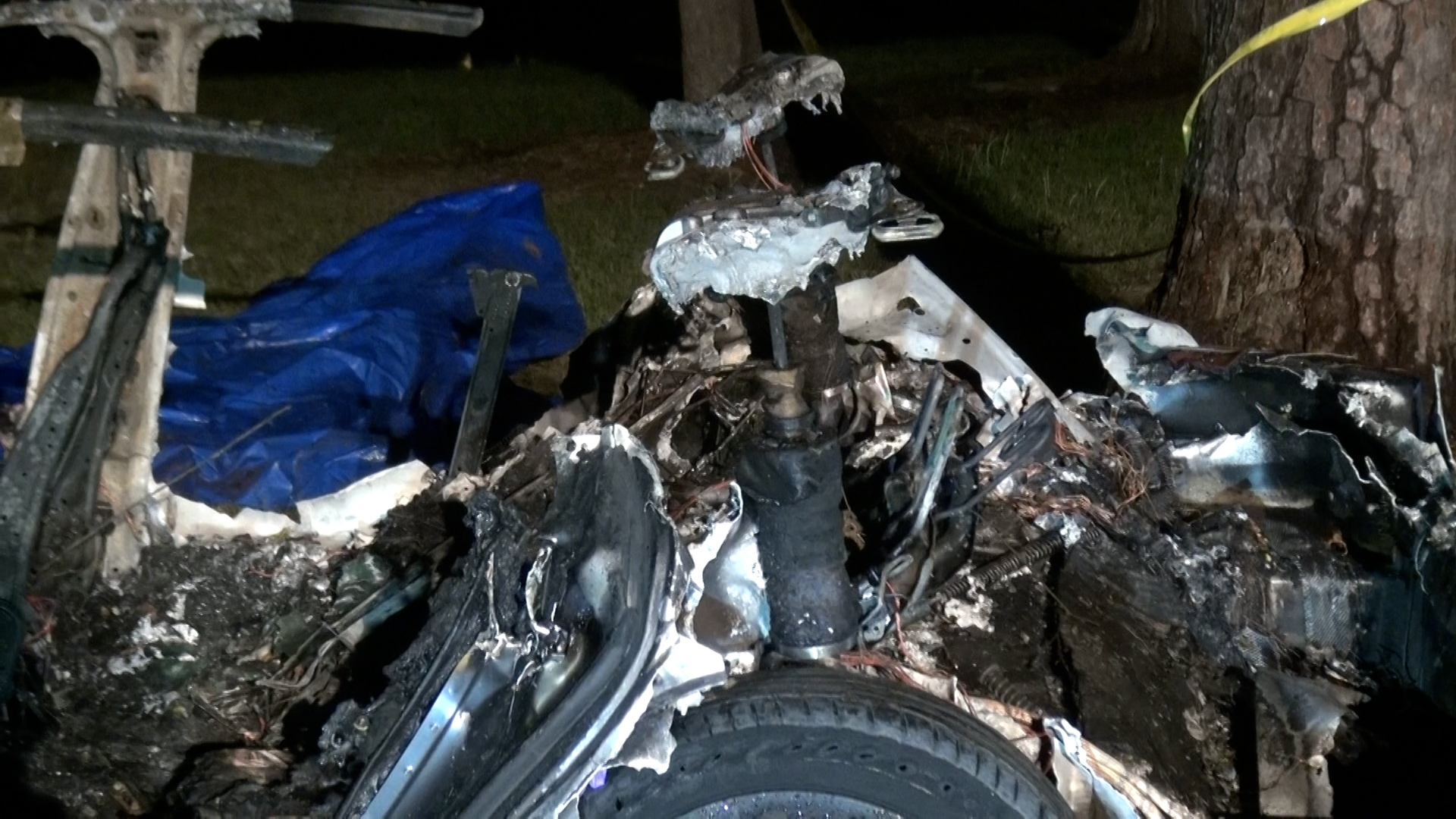 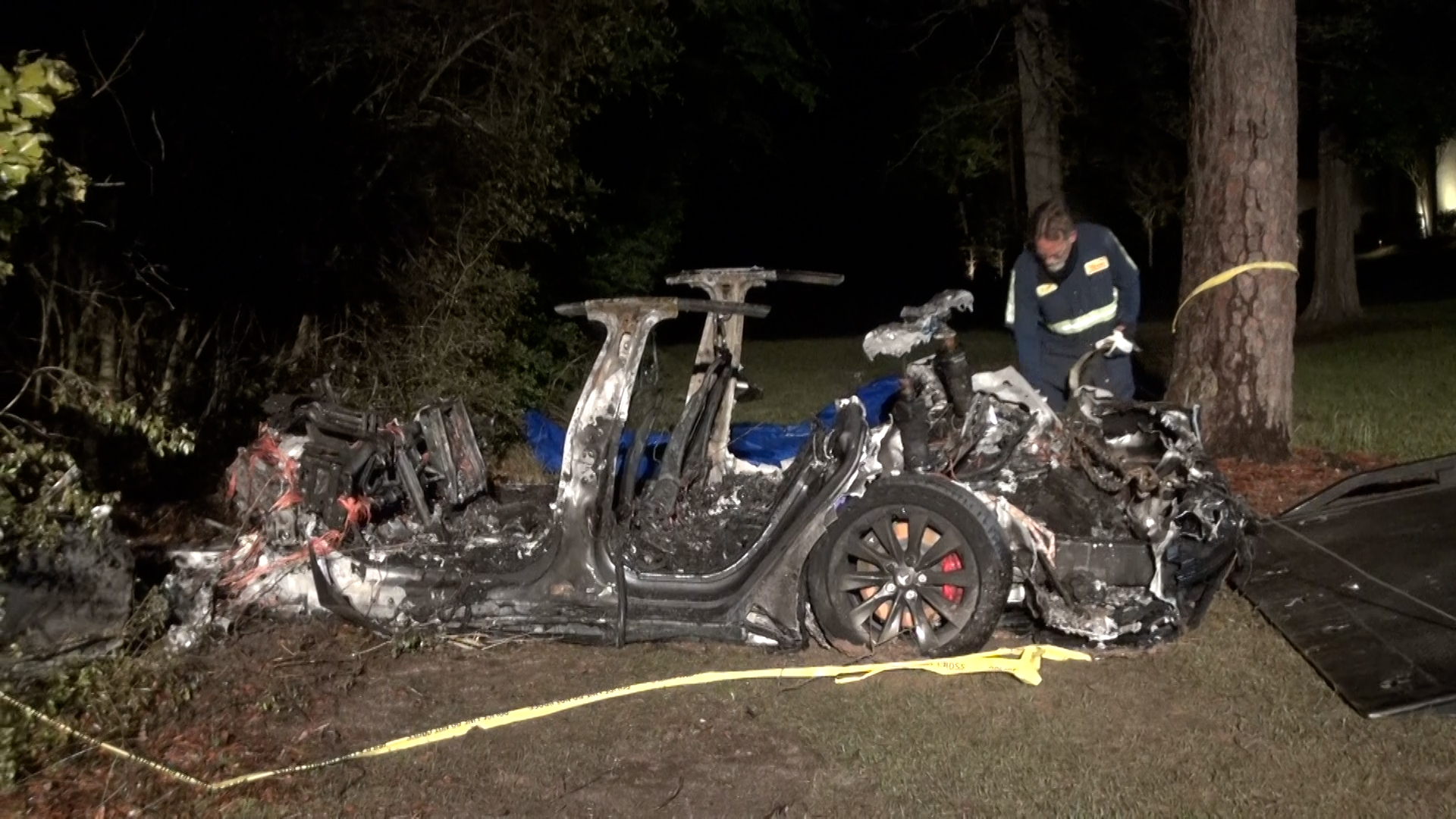 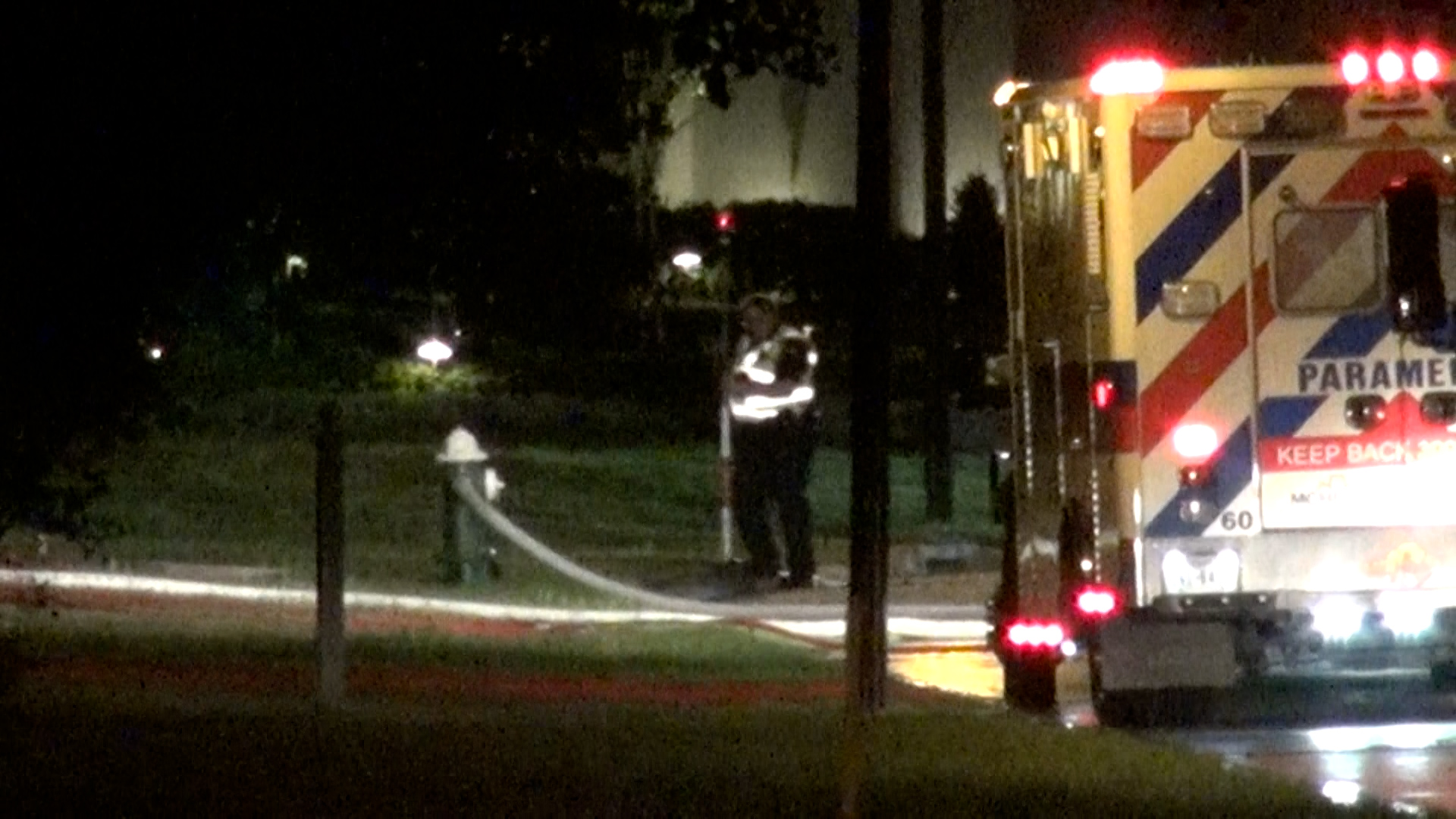 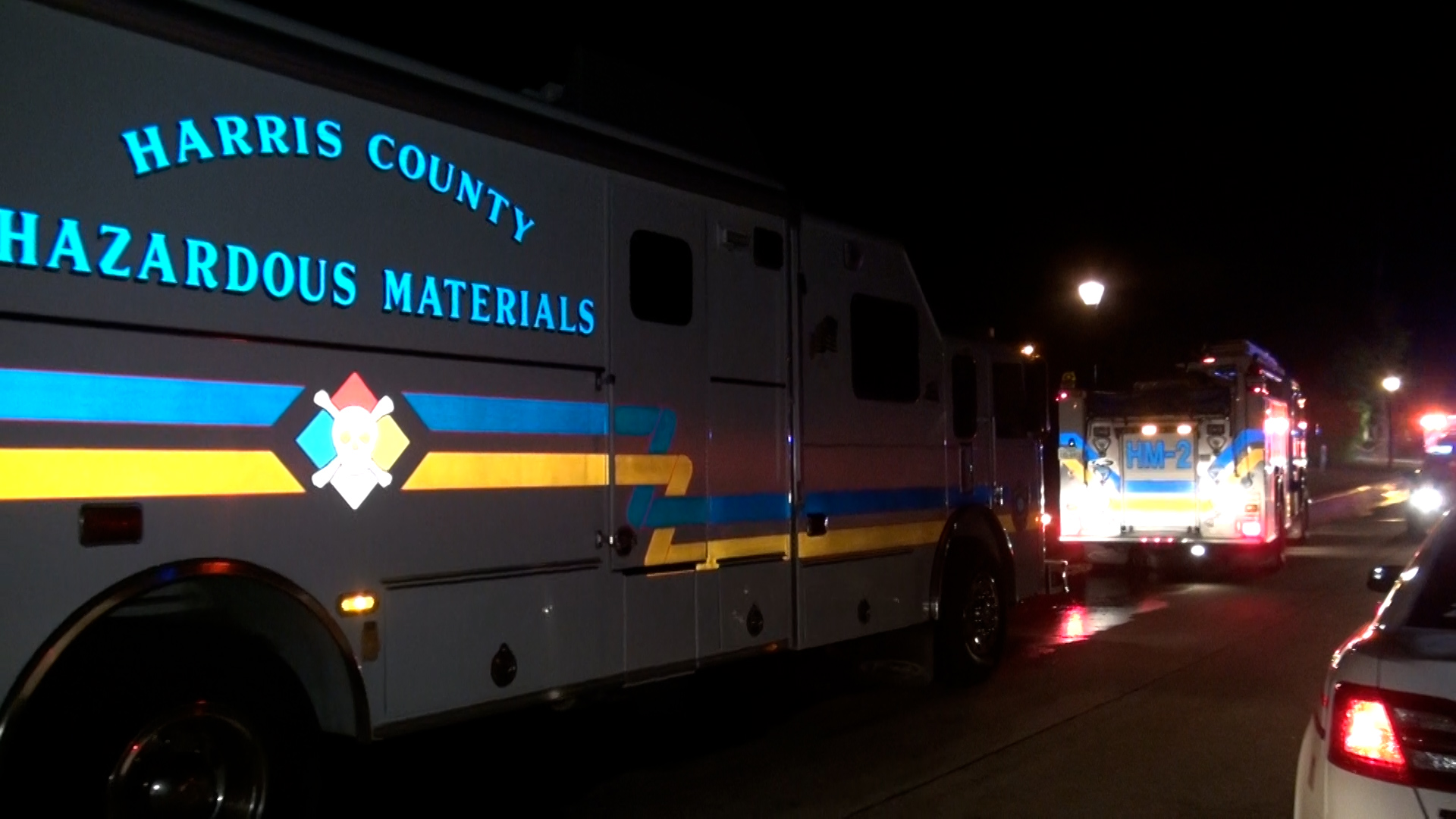 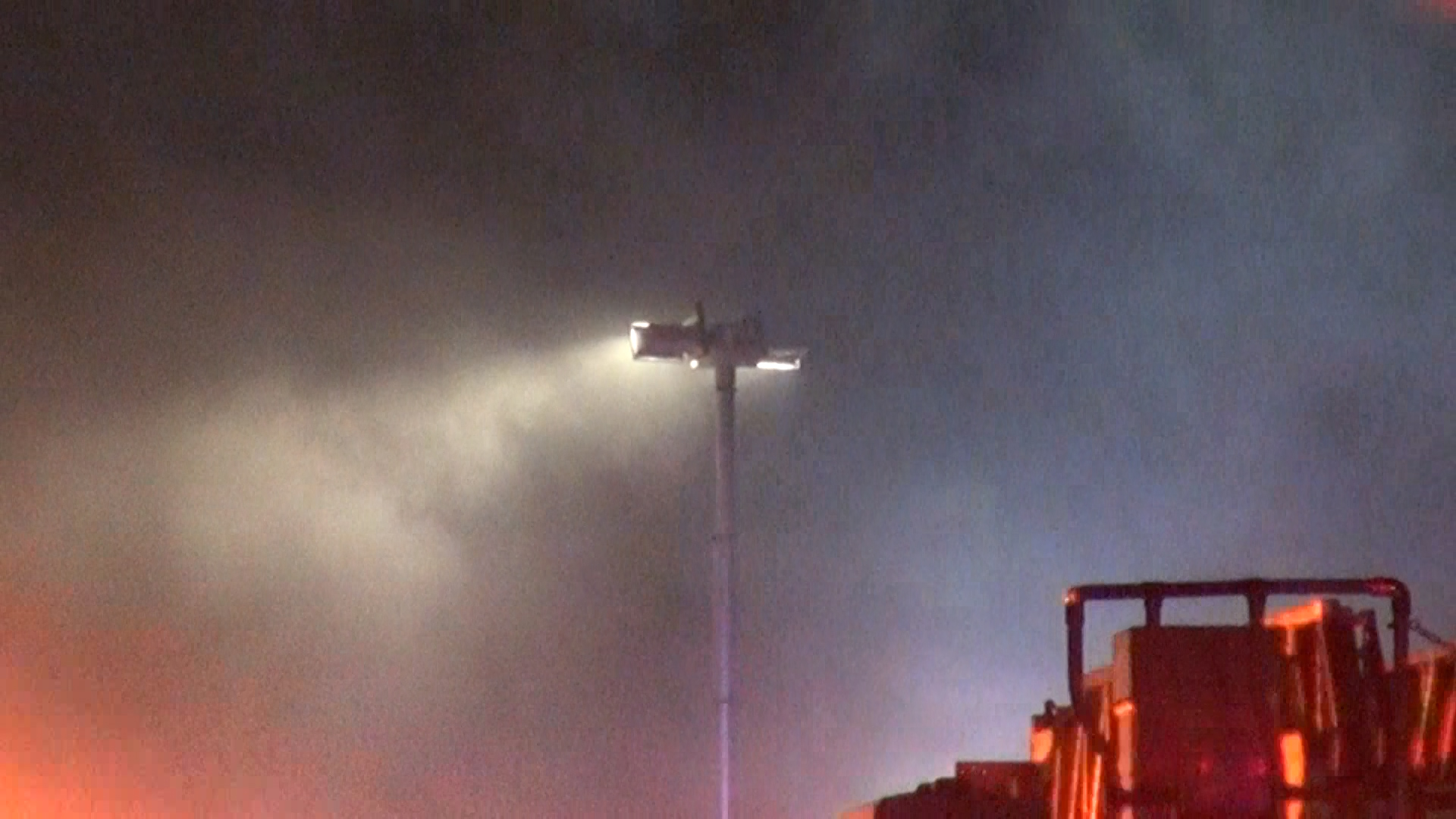 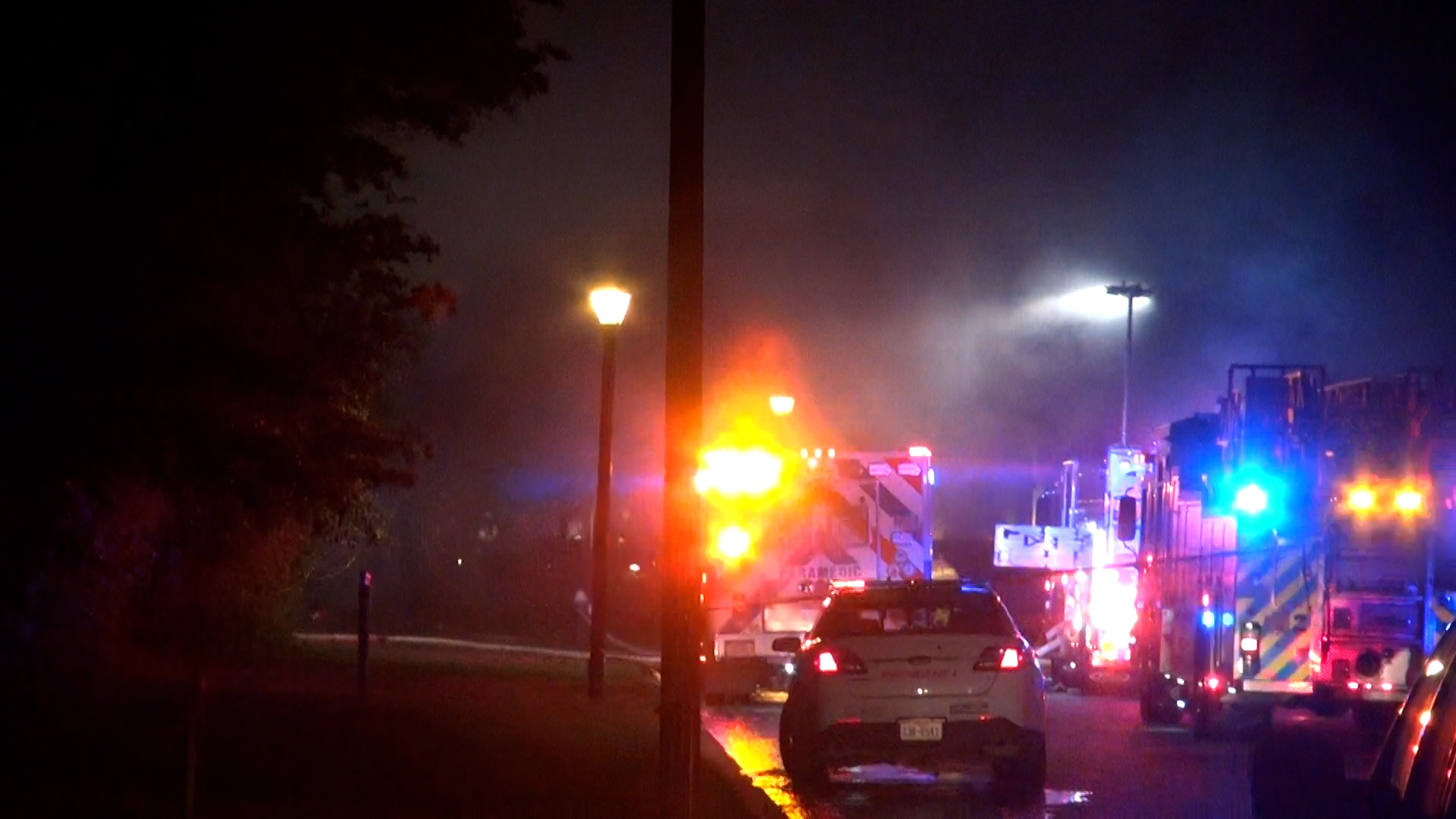 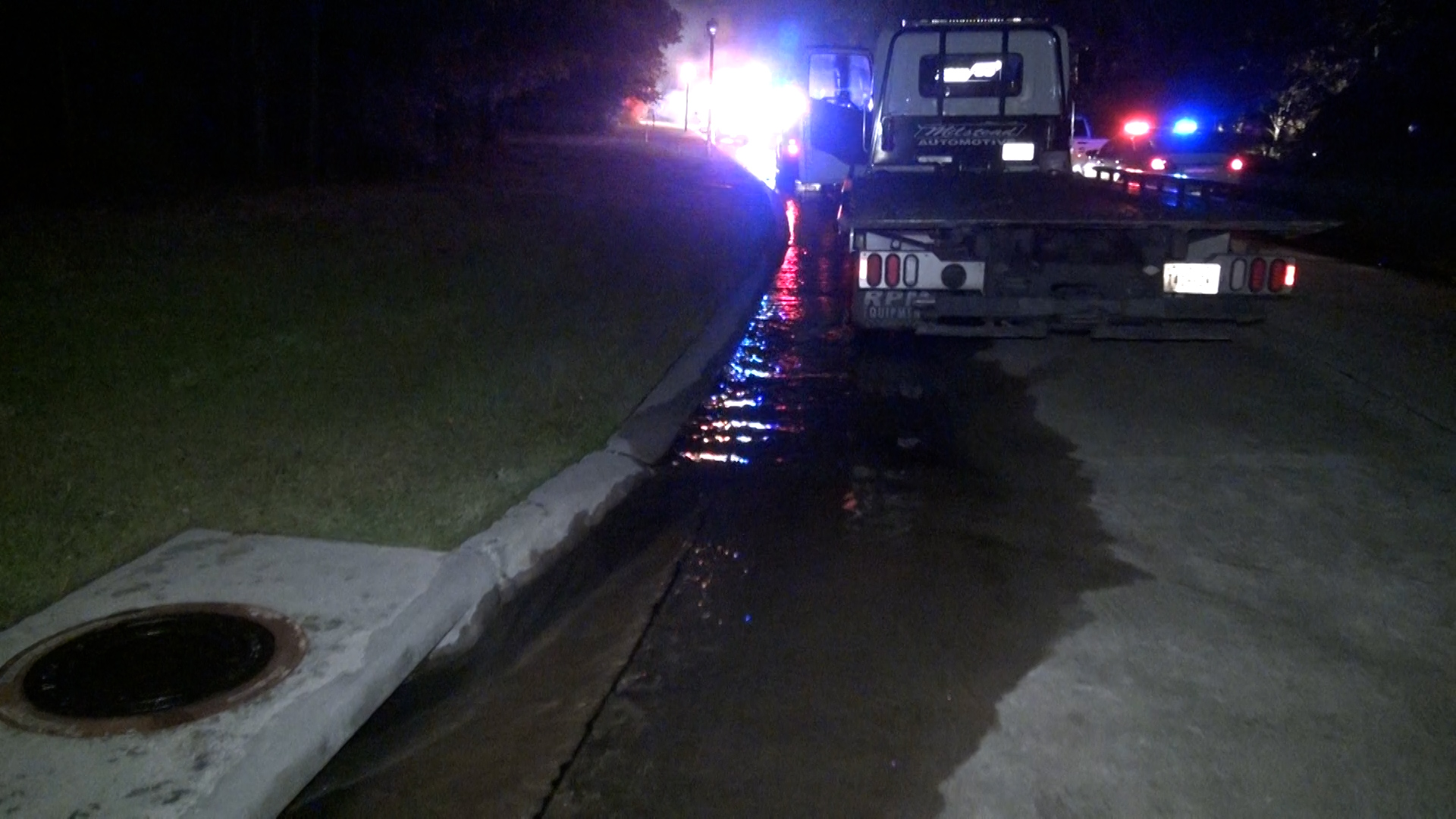 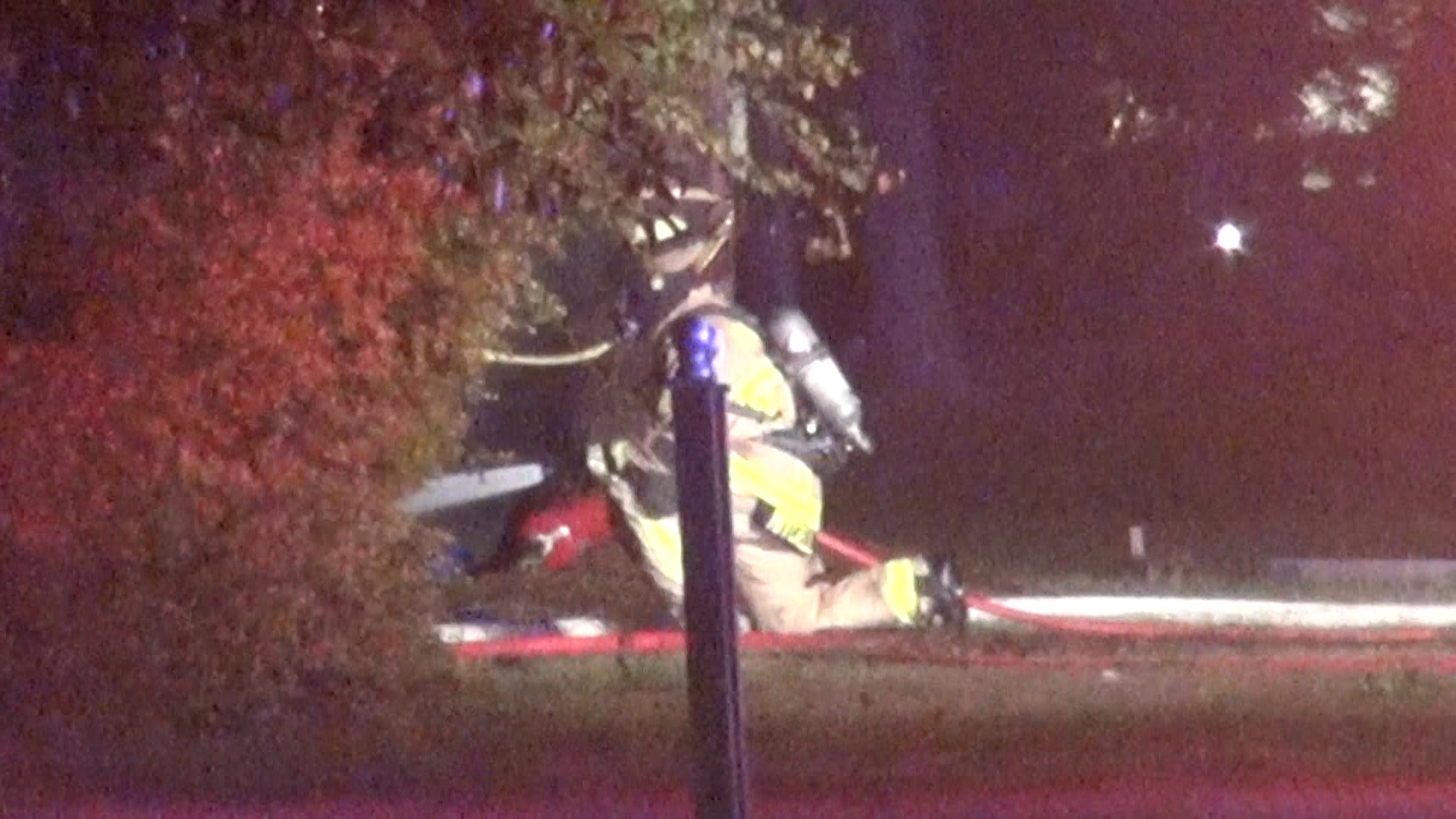 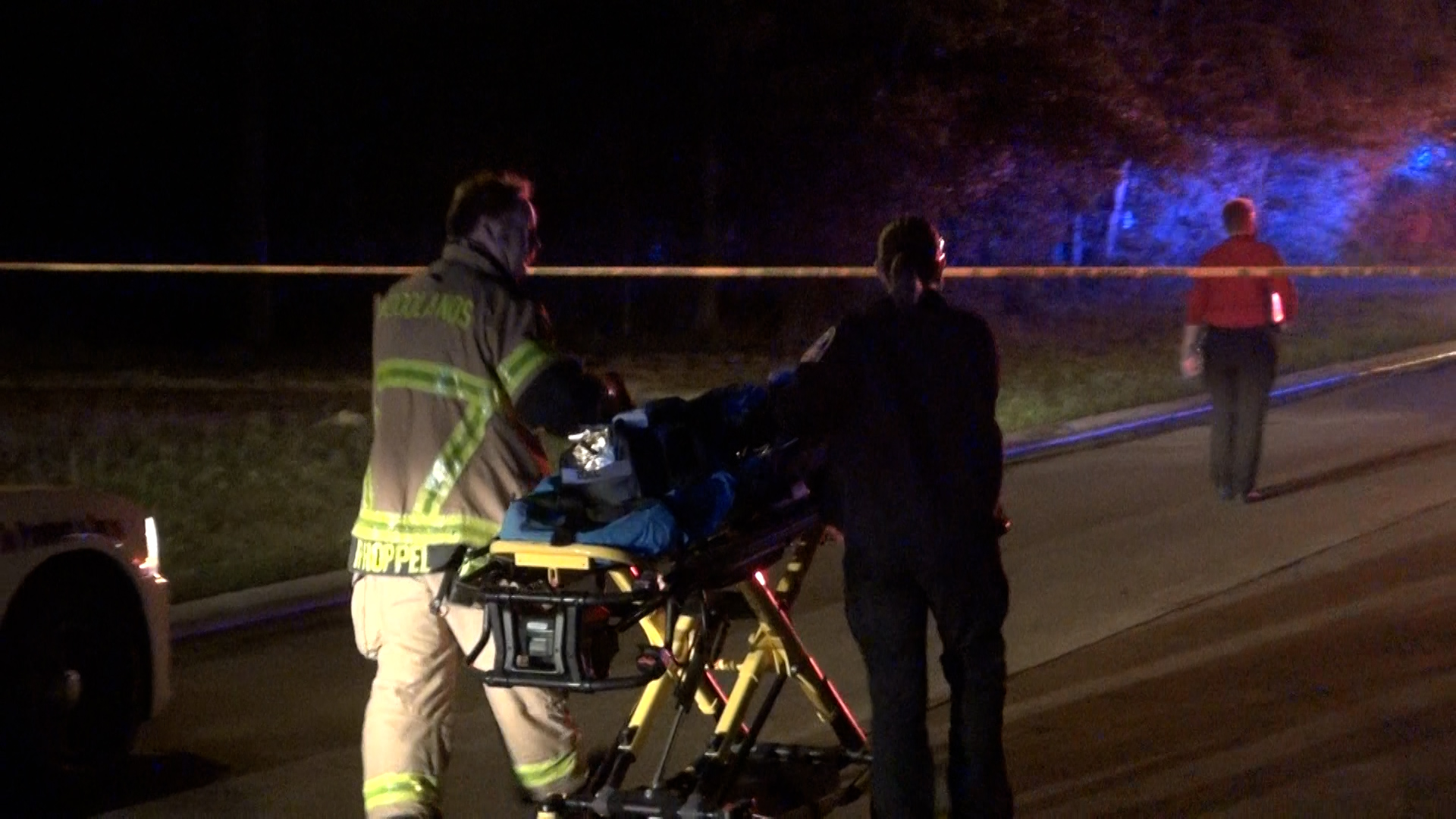 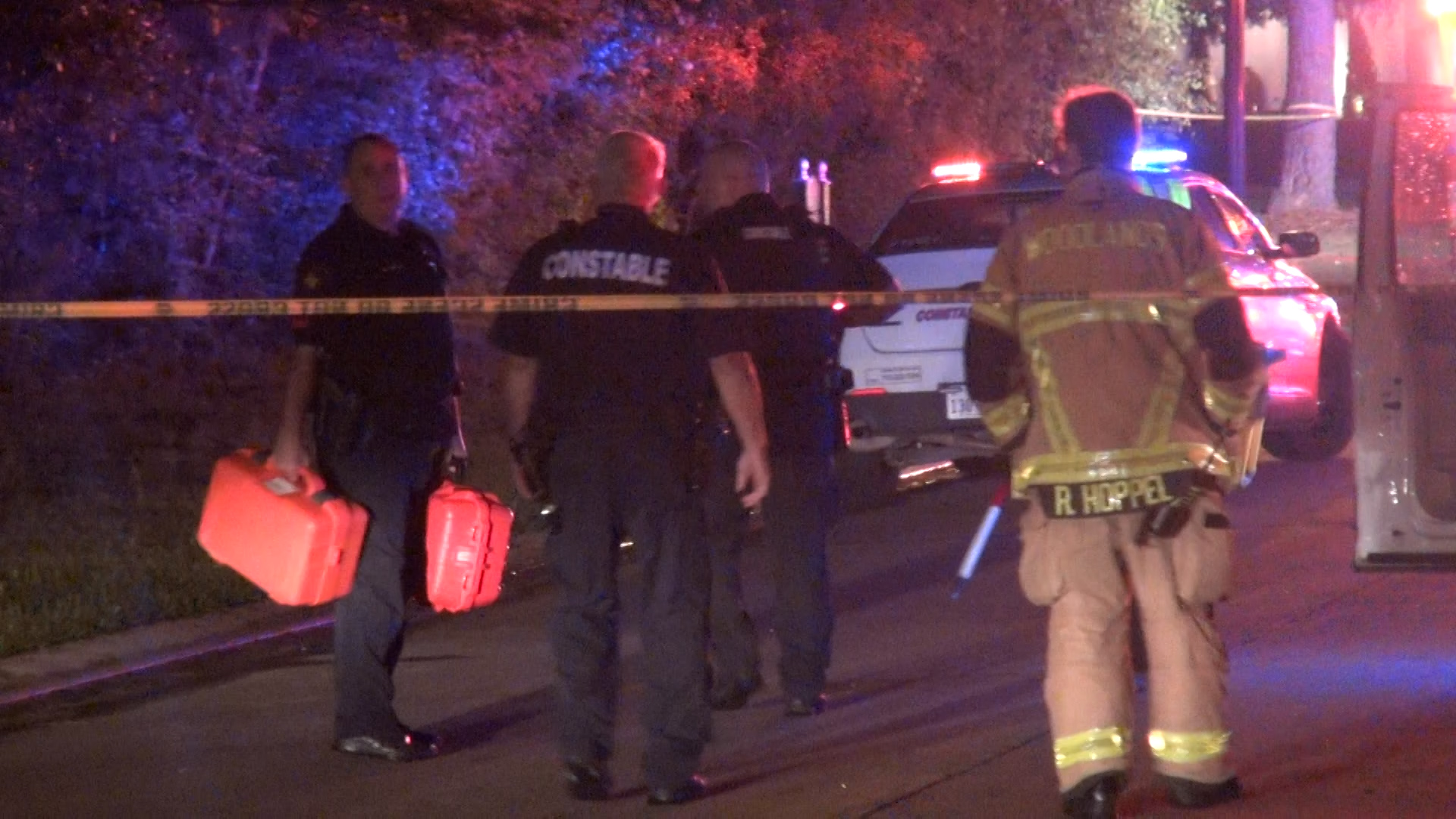 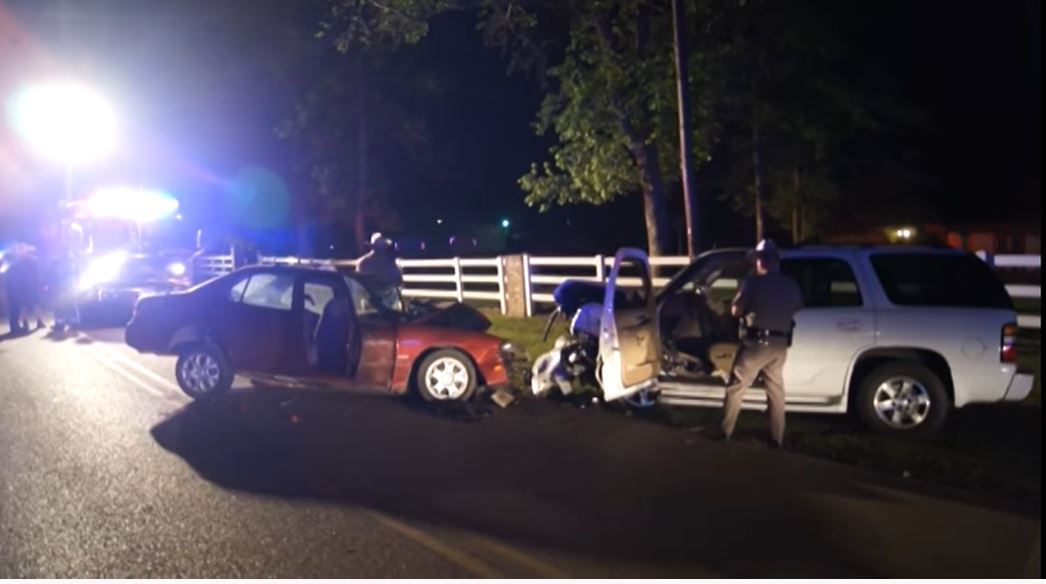