Harris County Sheriff’s Office Robbery Investigators today arrested a woman wanted for several thefts from area hospitals and clinics in the Harris County area. In which she would pose as medical personnel.

Investigators arrested Robin Pam Carmouche (B/F 07/22/1988) after information was obtained from a Crime Stoppers tip. Ms. Carmouche was arrested at a motel in the 10700 block of Veterans Memorial without incident.

According to HCSO investigators, Ms.Carmouche would enter local hospitals and clinics wearing nursing scrubs and posing as medical personnel. She would then go into administrative areas and take purses and wallets from hospital and clinic personnel. Carmouche is also a suspect in numerous cases investigated by the Houston Police Department, Montgomery County Sheriff’s Office and other surrounding agencies. 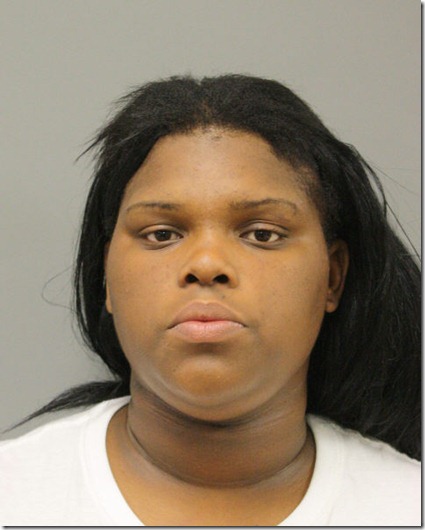