Just after 2 am a Toyota passenger car was westbound on FM 1960 at Aldine Westfield. There were 3-occupants. a driver, passenger next to the driver and a passenger behind the driver. A Chevrolet pickup was also westbound at a high rate of speed. That pickup slammed into the rear of the Toyota, splitting the Toyota in two and killing the driver. The Toyota split in two parts. The pickup continued westbound and hit a pole about 200 feet past the crash. The driver of that pickup , described as a Hispanic male, 5-6 to 6-2 wearing white shirt and blue pants then exited the vehicle. A husband and wife then stopped and talked to hi a short time as did another male who actually shot video of the conversation. Tony, who is a crawfish salesman and is in the parking lot on the southwest corner 6-days a week selling his crawfish heard the crash. He then witnessed the male exit with no injuries and talking on the cell phone. Moments later he vanished and hasn’t been seen since. With FM 1960 intersection completely closed, the Harris County Sheriff’s Office utilized wreckers on the scene to block the roadway so other units could continue responding to calls as the Harris County SHeriff’s Office Traffic units investigated the crash. Just before 3 a.m. a white Lincoln Navigator with no headlights was westbound on FM 1960 at a very high rate of speed. THe driver never slowed for the intersection and slammed into three of the wreckers. One wrecker drivers wife who was riding was transporter to the hospital. The driver of the Navigator who was impaired was also transported to the hospital in critical condition. At that point Harris County Sheriff’s Deputies on the scene requested additional units from across the county as far away as Katy and Clear Lake. THe driver of the Toyota was dead at the scene the two passengers were transported to the hospital in serious condition. At 7:15am the intersection remains closed and will be for several hours. THe Harris County Sheriff’s Office is asking anyone who may have witnessed the crash, has the video to please contact the Harris County Sheriff’s Office or Crime Stoppers. 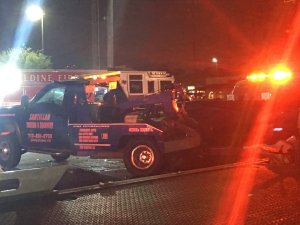 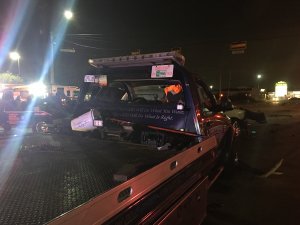 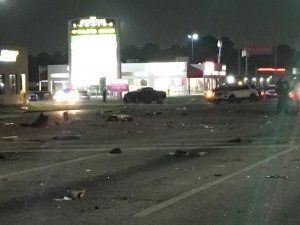 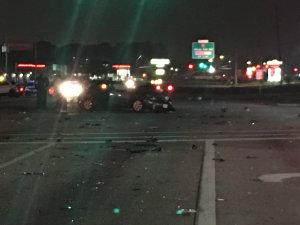 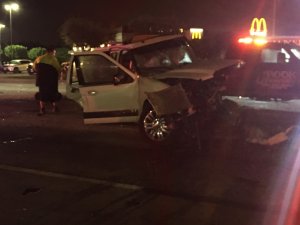 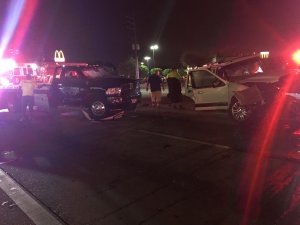 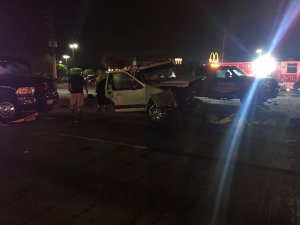 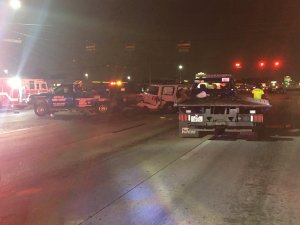 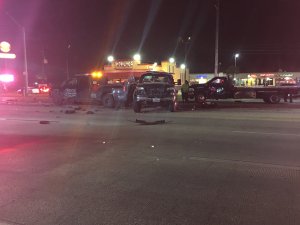 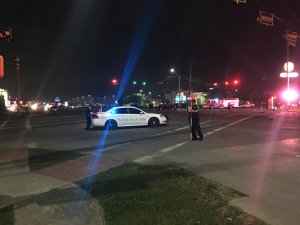 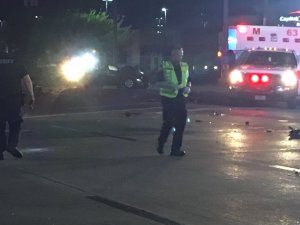 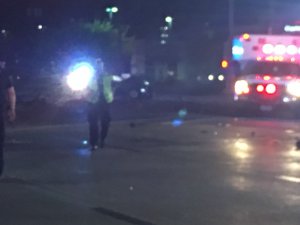 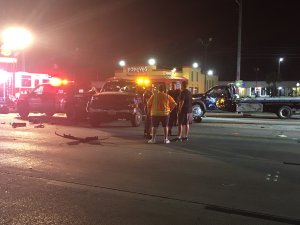 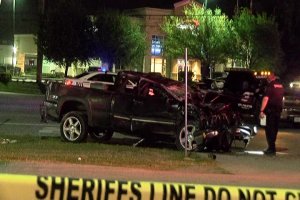 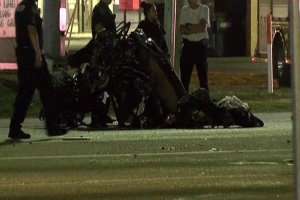 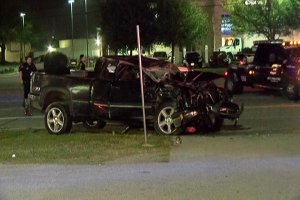 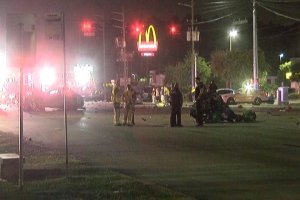 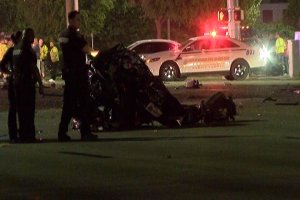 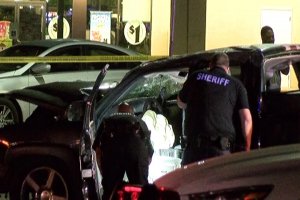 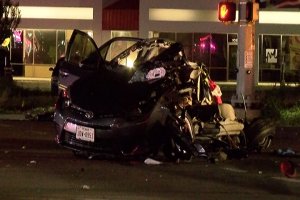 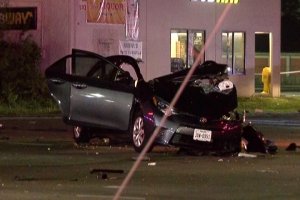 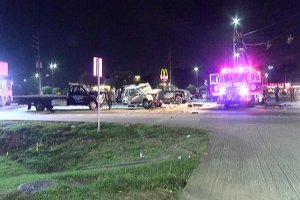 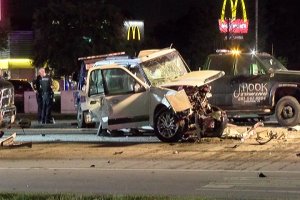 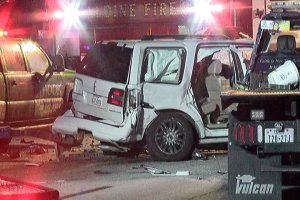 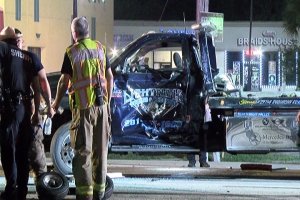 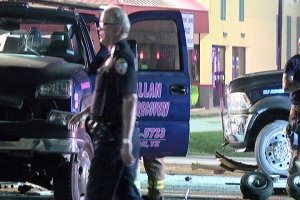 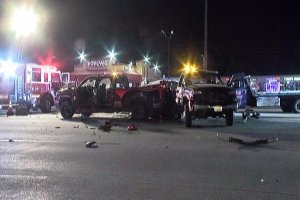