At about 9:30am Liberty County dispatchers received a call for a major accident on SH 105 in the Trinity River bottoms, just west of the Trinity River. Units arrived to find a 2012 Chevrolet Express van scattered across the bridge along with medical supplies. The van owned by a Medical Supply Company out of Burleson, Texas was driven by 27-year-old Zachary Bryant Ryals of Tomball.

According to DPS Ryals  was traveling east bound on SH 105 when he attempted t pass several vehicles in a passing zone just before the bridge. He was struck head on by 1985 Ford 18-wheeler pulling a log skid steer.  The truck was driven by Robert Clarence Whitton, 55, of Cleveland.  The trailer of that truck and the skid steer struck the van. The impact was so  great that it broke the axle on the skid steer launching one of the monster wheels into the woods. The other wheel came to rest on the highway. The impact spun the van into the path of Bradley Paul Chesson, 35, of Cleveland. who was driving a 1992 Peterbilt and pulling a trailer with a knuckle boom log loader. Chesson hit the van head-on.

Ryals was pronounced dead on the scene by by Liberty County Precinct 5 Justice of the Peace Wade Brown. Pace Stancil removed Ryals from the scene.

Haz-Mat International of Conroe was tasked with cleanup of the diesel and oils as a Texas TCEQ representative stood by. 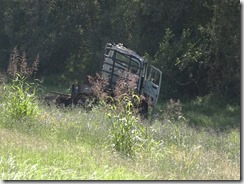 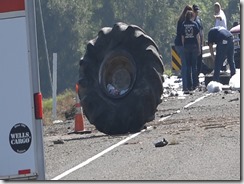 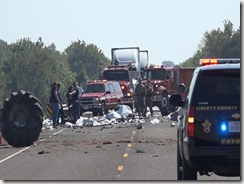 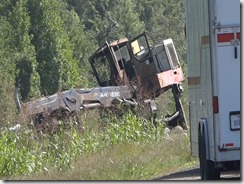 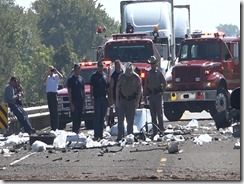 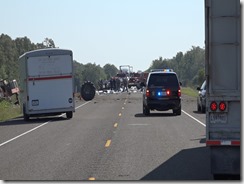 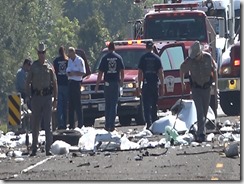 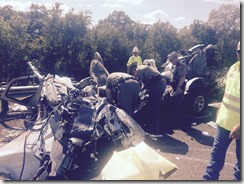 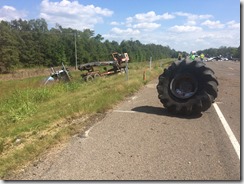 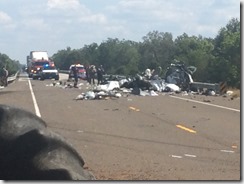 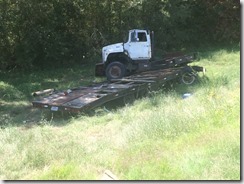