Just before 10:30 a.m. Sunday MCHD and Porter Fire Department were dispatched to a reported major accident on US 59 between FM 1314 and Northpark. Units arrived to find a female in Toyota which was struck from the rear in very critical condition. First responders worked for an extensive amount of time doing CPR attempting to save the woman’s life. They then transported her in very critical condition to Ben Taub Trauma Center in Houston. DPS arrived on scene and asked the freeway be closed. As Troopers worked the crash many drivers became impatient and attempted to cross the grass median to get to the feeder. This resulted in a longer delay and a wrecker bill for many as they became stuck in the mud. According to DPS Troopers, a Ford F-150 with a four-wheeler in the rear was traveling close to highway speeds in heavy rain when the driver did not see a blue Toyota parked in the left moving lane of traffic. THe truck struck the Toyota pushing the rear of the vehicle up to the front seat of the Toyota. The pickup driver was not injured but was taken to Kingwood Hospital for a mandatory blood draw. He was not impaired. It is still unknown how long the woman was parked in the lane or for what reason. She had no identification. Troopers worked quickly to investigate the scene and reopen the freeway. At one point several troopers even used brooms from the wrecker drivers and assisted them getting the debris off the road so the freeway could reopen. According to DPS the driver of the vehicle, Geraldine Hendricks, 58, was pronounced deceased on arrival at Ben Taub Hospital in Houston. 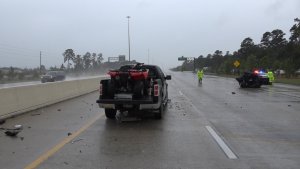 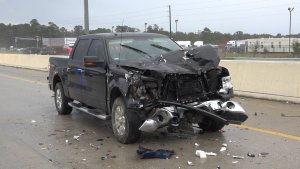 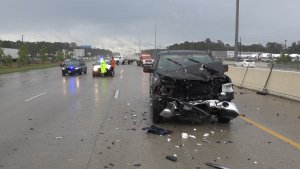 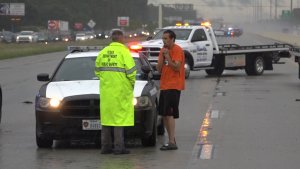 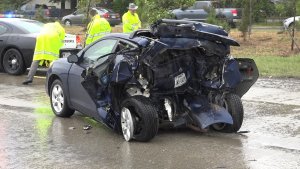 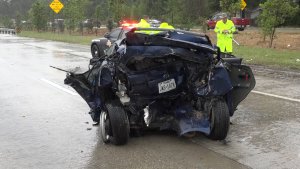 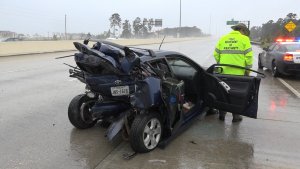 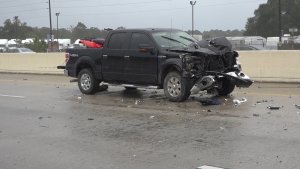 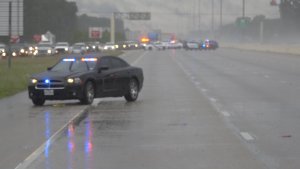 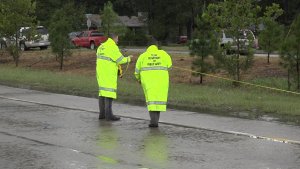 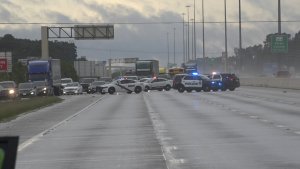 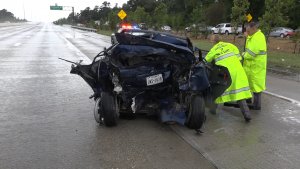 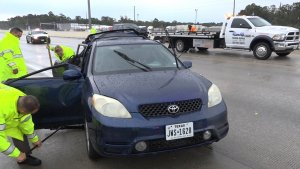 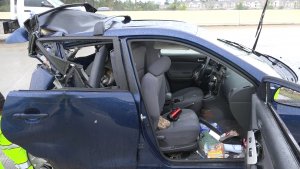 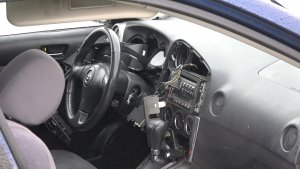 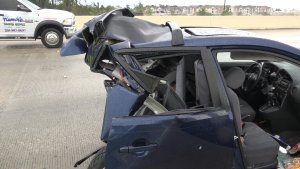 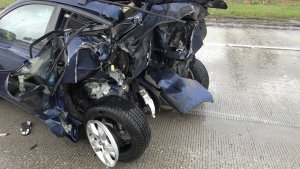 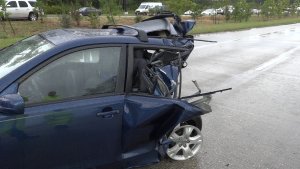 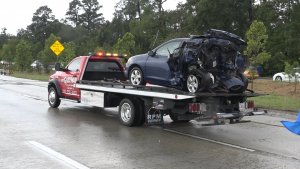 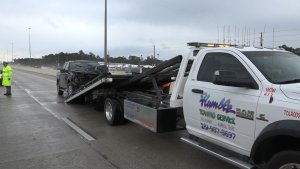