At 1:15 p.m., Sunday MCHD and North Montgomery County Fire Department were dispatched to a reported major accident on Interstate 45 northbound, just south of Shepherd Hill Road. A Montgomery County Sheriff’s Deputy was first to arrive on the scene and discovered a 2005 Honda Accord had left the main lanes of the freeway and traveled onto the shoulder, impacting an 18-wheeler driven by Yahya Blooki of Arlington.

The driver had broken down and was waiting for assistance, parked on the shoulder with his safety triangles out as required by the Department of Transportation. The driver was asleep in the sleeper of his truck when the vehicle was struck. The vehicle, driven by a still unknown male, ran over all three safety triangles and slammed into the left rear of the truck. The force was so much that the 18-wheeler was pushed forward and both rear axles were broken off under the trailer.

The driver of the Honda was pronounced dead on the scene by Montgomery County Precinct 1 Justice of the Peace Wayne Mack. Mack ordered Eickenhorst Funeral Directors to transport the victim to the Montgomery County Forensic Center for autopsy.

DPS Troopers were assisted by DPS Commercial Vehicle Troopers who performed an inspection on the truck.

The 18-wheeler driver was transported to Conroe Regional Hospital in stable condition with minor injuries.

According to DPS at least one person reporting the crash said the the Honda driver was texting. They have yet to confirm that and are asking for the public’s help.

If anyone was in the area of Shepherd Hill and 45 close to 1:15pm and observed either the crash or anything about the vehicle , you are asked to contact Sgt. Barnhill with Texas DPS in the Conroe Office.

Interstate 45 reopened approximately 6 pm as wreckers had to spend extra time separating the Honda from the truck. In addition the trailer had to be put on separate axles as the axles were damaged in the crash.

Along with investigating the crash Troopers had to contend with motorists coming to a complete stop on the feeder to photograph the scene with their camera phones.

In addition Willis Police and Montgomery County Sheriff’s Deputies were having to work at least four crashes both on I-45 and Highway 75 as motorists ignored controlled intersections and also not paying attention rear ended a vehicle in front of them.

DPS Troopers have now stated the driver of the Honda, identified as Marcus Edward Fulton, 42, of 100 Hillside Terrace in Coldspring in fact was distracted by his cell phone causing his vehicle to leave the roadway striking the 2000 Volvo tractor trailer and the 1994 Trailmaster trailer which was operated by Blooki Yahya, 68, of Arlington, Texas who was treated at Conroe Regional Medical Center and released.

The crash which occurred in the Willis city limits was worked by DPS Trooper Oelsner who is the lead on the crash was assisted by Troopers Brack, Trooper Barnes, Trooper Anderson,  and DPS Sgt. Barnhill. Also assisting were Willis Police Department and Montgomery County Sheriff’s Office. 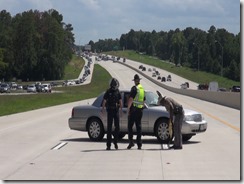 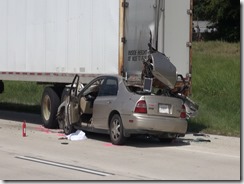 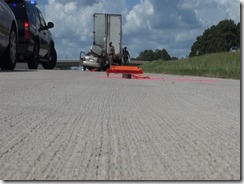 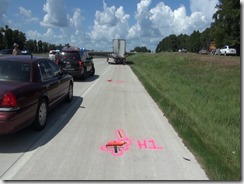 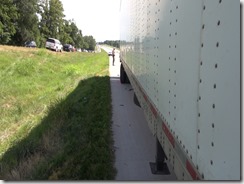 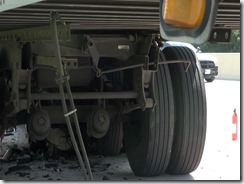 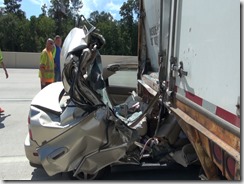 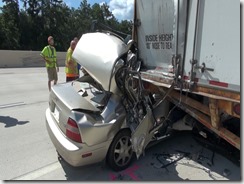 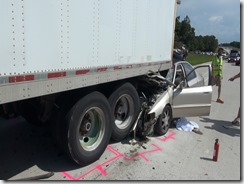 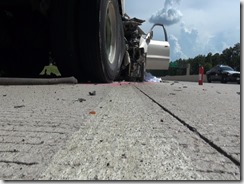 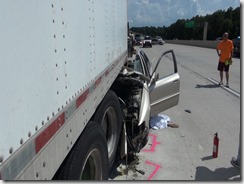 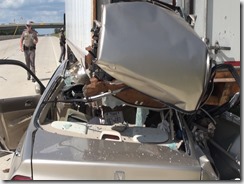 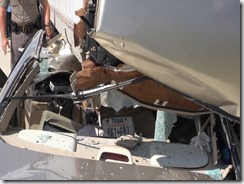 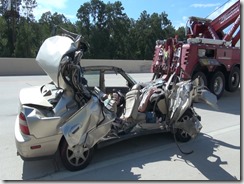 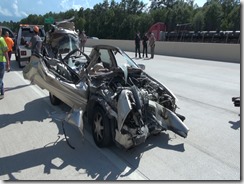 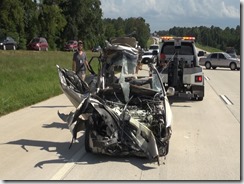 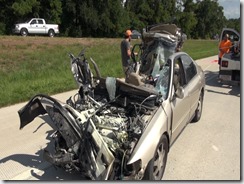 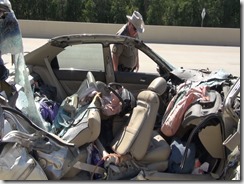 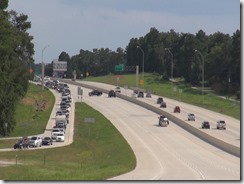