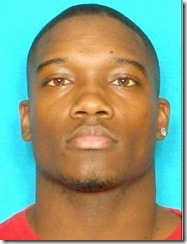 Conroe Police believe a local man beat his 13-month-old son to death. Around 7 p.m. Tuesday, Conroe Police Officers responded to 231 N. I-45 in reference to a 1-year-old child not breathing. Upon arrival, officers found family members performing CPR on the boy, with the help of a 911 operator’s instructions. EMS arrived on scene and were able to intubate the child and transport him to Conroe Regional Medical Center. The child was then flown by Life Flight air ambulance to Texas Children’s Hospital. Unfortunately, the child succumbed to internal injuries and died Wednesday morning.

Conroe Police Investigators determined that the child had been home alone with his father prior to the time when the man contacted relatives for help because child stopped breathing.

Additional or upgraded charges are pending the completion of the investigation.