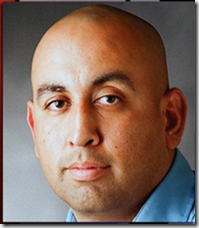 On April 16, 2014, a Houston grand jury returned a sealed indictment charging Carrion with conspiring with others to possess with the intent to distribute five or more kilograms of cocaine from mid-2013 through April 2014. Carrion, 36, a five-year HPD veteran, had been assigned to the Southwest Patrol Division prior to resigning from his position.

Carrion also agreed to provide security for future transactions which were to involve 20-30 kilogram loads of cocaine. He claimed he could arrange for additional uniformed officers to assist whom he would pay and instruct to just show up, not ask questions and do what he said.

U.S. District Judge Sim Lake, who accepted the plea today, has set sentencing for Jan. 8, 2015. At that time, he faces a minimum of 10 years and up to life in federal prison as well as a possible $10 million fine.

This content has been reproduced from its original source.