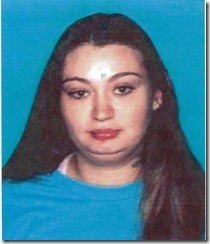 About 6:30pm Wednesday night Angeline Christine McInnis who was wanted in connection with the murder of Raymundo Zarate Jr, 43 of Magnolia turned herself in to the Montgomery County Sheriff’s Office. Zarate was gunned down in front of his family after a verbal confrontation started at Spring Creek Park in which the suspects were using inappropriate language around Zarate and his large family gathering. Zarate was then followed home where he was gunned down. He died at Tomball Hospital after his family transported him there by private auto.

The shooter was identified as Daniel Frank Longoria who is still at large. Two others were identified as being involved. One of those was Longoria’s girlfriend Angeline Christine McInnis, 29. She was wanted for hindering apprehension.

Another person, Jose De Jesus Martinez was arrested on May 17, for a theft warrant out of Harris County. After talking with him detectives learned he was involved in the planning and participation of the murder and he was charged with murder. He remains in the Montgomery County jail on a $100,000 bond.

Another person involved, Adam Longoria, Daniels brother was arrested on May 21, 2012 on the charge of murder. He remains in the Montgomery County Jail on a $100,000 bond.

Crime Stoppers is still offering a reward for information leading to the arrest of Daniel Longoria. 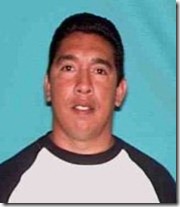