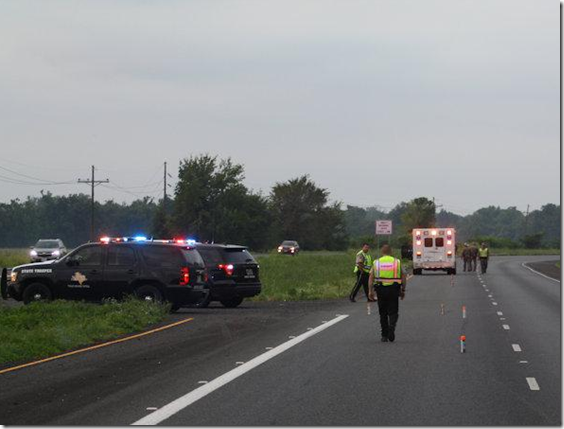 At approximately 6:30 am on August 23, 2018, an on duty State Trooper (name of trooper not yet released) out of Lufkin was south-bound on US-59 in the vicinity of Goodrich when his vehicle struck and killed a female pedestrian.  The female was reportedly wearing dark clothing and in the lane of traffic (left lane).  The victim was knocked into the center median and apparently killed on impact.  The trooper was physically okay.  The Goodrich Volunteer Fire Department was dispatched to the scene along with Deputies from the Polk County Sheriff’s Office, and a plethora of State Troopers from Polk and surrounding counties.  The identity of the victim has not yet been released.  All traffic on the south-bound side of 59 was shut down for nearly two hours until TXDOT arrived and utilized orange cones to reroute the traffic to the right shoulder of 59.  Justice of the Peace, Darrell Longino performed an inquest at the scene.  The victim was transported from the scene by a first-call car from Pace Funeral Home.  This accident remains under investigation by the Texas Highway Patrol.  When we receive more information on this accident we’ll post an update with any further details 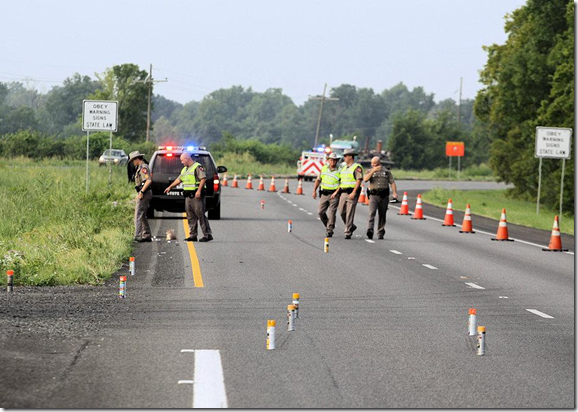