Just after 3am Friday Dayton Fire Department responded to a home at Ford and Prater in Dayton. They were told a victim was trapped. When they arrived within minutes the wood-frame house was heavily involved. The owner of the home Baron Payne was trapped inside, he perished in the blaze. Prior to the arrival of the fire department Payne’s sister who lives just a few houses down attempted to save Payne, who was bedridden. She was unable to get the bed to roll before the smoke and flames forced her out. The Liberty County Fire Marshal is investigating and at this time does not have a cause. The home was a total loss. However, his sister was able to recover a rocking horse they had as a child which only suffered minimal smoke damage. As the family gathered the attention was turned to a 60-year old grapefruit tree in Payne’s yard. Loaded with grapefruit his cousin picked plenty for everyone. He said it was a gathering spot for family and had always produced large grapefruits. 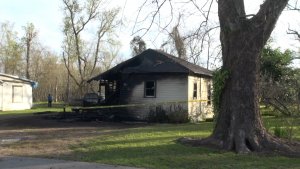 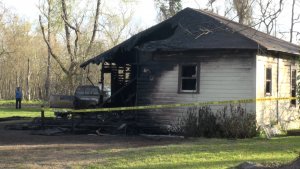 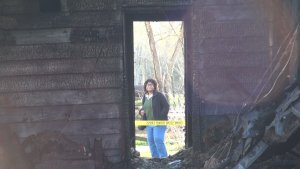 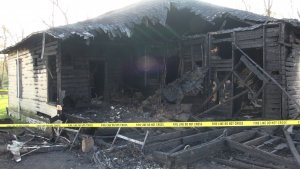 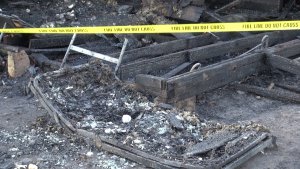 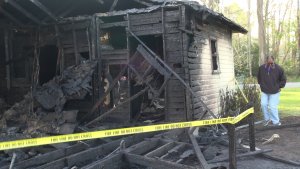 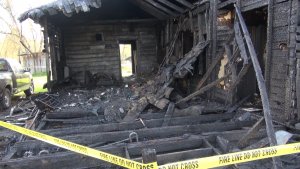 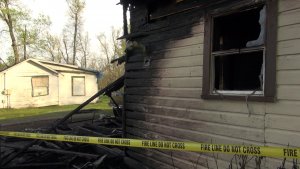 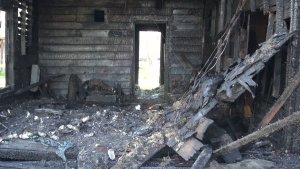 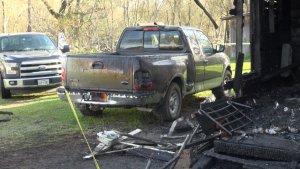 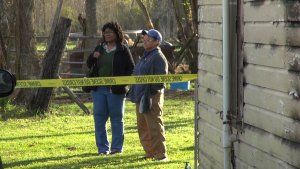 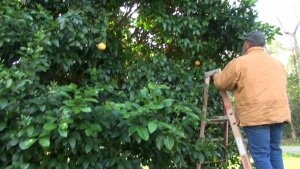 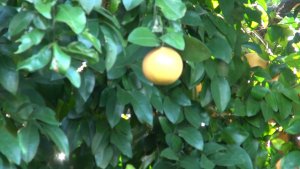 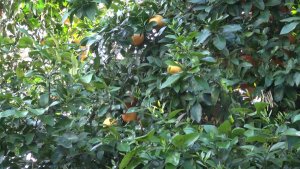 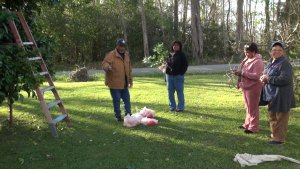 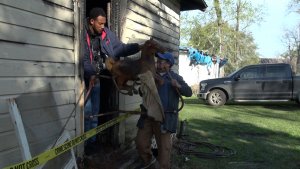 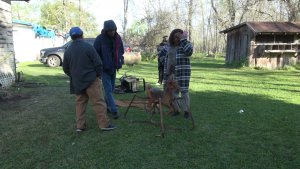